March with us! Women's and MLK March this weekend

Looking for a meaningful way to spend the upcoming MLK weekend? Come march with other members of Teamsters 117! 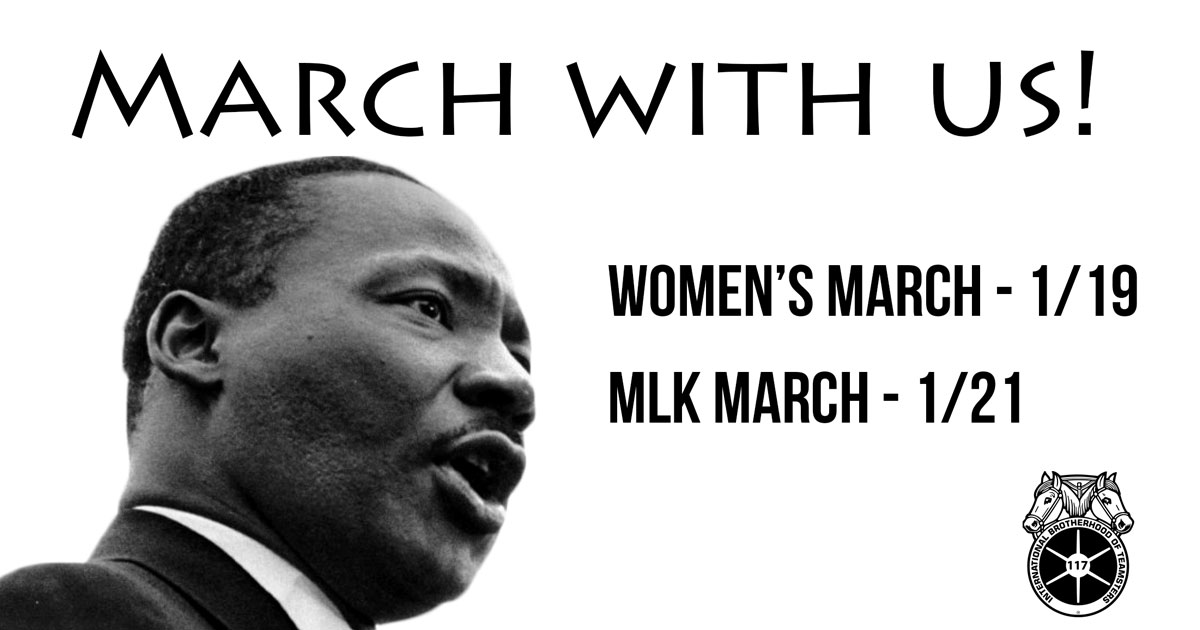 Looking for a meaningful way to spend the upcoming MLK weekend? Come out and march for justice with other members of Teamsters 117.

Groups of Teamsters will be participating in both the Seattle Women’s March on Saturday, January 19 and the MLK March on Monday, January 21.

Look for Teamster banners and signs at the following times and locations:

To meet up with other Teamsters, contact your union representative or reach out to Talisa Boad at 360-722-0891.

To march with Teamsters, contact your union representative or reach out to Karen Estevenin at 206-794-8471.

Both events further our mission as a union that builds power and unity for all working people to improve lives and lift up our communities.

As the late, great Dr. Martin Luther King, Jr said: “We cannot walk alone. And as we walk, we must make the pledge that we shall always march ahead.”