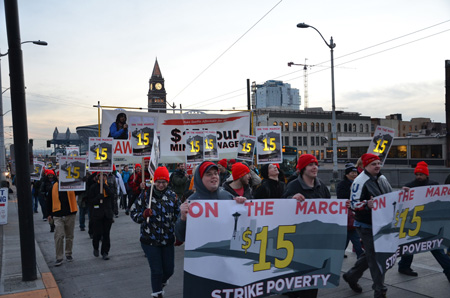 Join Teamsters 117 and other unions, 15 Now, fast food and other low-wage workers, in a national day of action. Let’s March for $15 on March 15th and build the movement to end low pay!