Teamsters at Lake forest Park win a stipend for work clothing and boots through their new contract gearing up for windy winter. 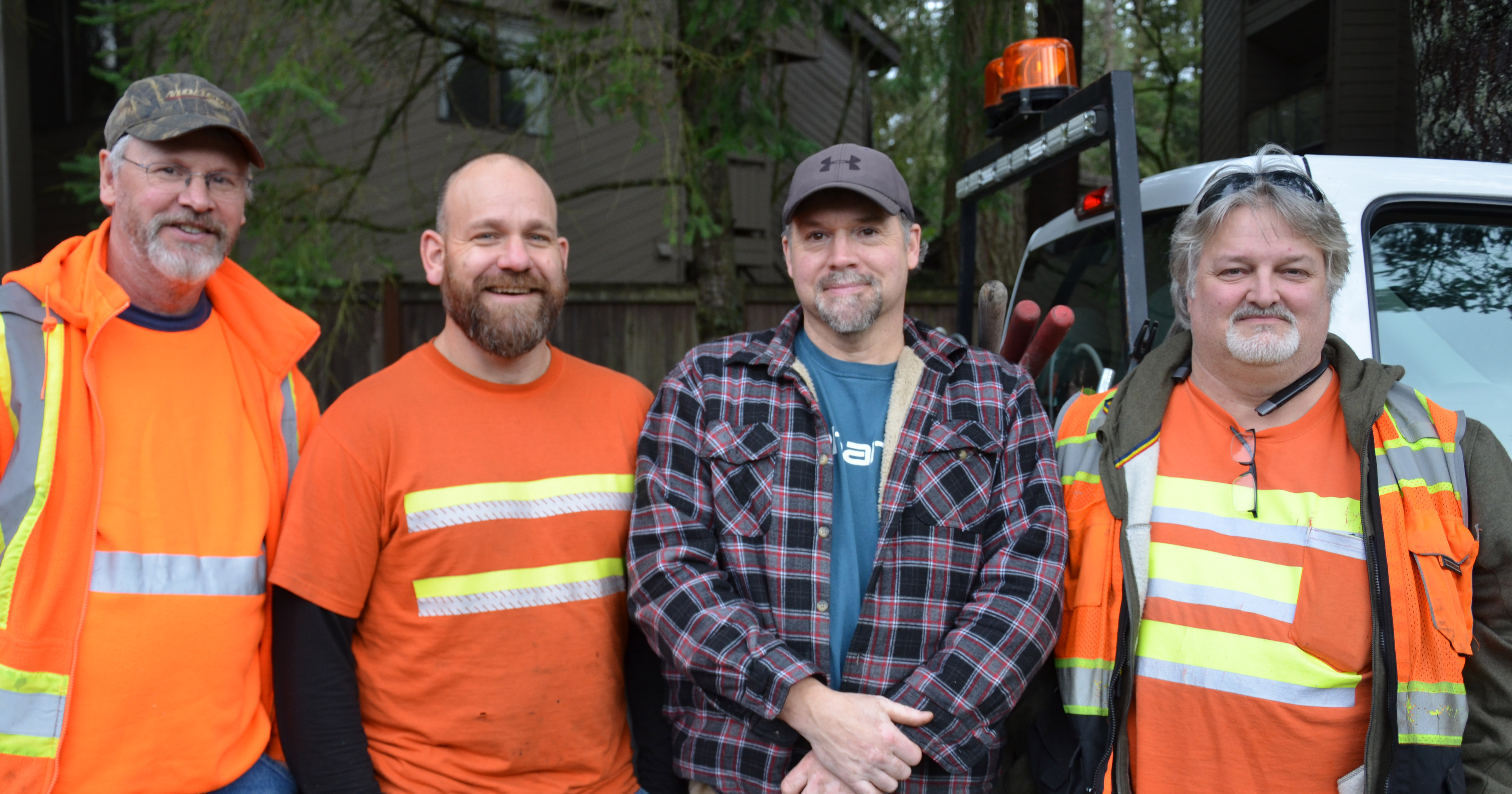 High winds travelled across Washington State last week uprooting trees and downing power lines. Thousands of residents were left without power. In Lake Forest Park, a crew of 6 public works employees responded to reports of wreckage caused by the winds. They cleared fallen branches from the roads and cleared the space for telecommunications and electrical utility services to make repairs. The crew performing this frequently dangerous job are Teamsters. They are the invisible force that takes care of street flooding, issues with water and sewage, and all the other tasks that keep the roads open and functional.

The group at Lake Forest Park organized 15 years ago, and their shop steward, Ian Murray, would still make the same decision today. They face day-to-day challenges with their management. He commented: “Without a union, management cannot be held accountable even if there are bad consequences for the public or the employees. When we are united and effective, they back off. Otherwise, we would lose our jobs on their whim.” The majority of members at Lake Forest Park have held their jobs for over a decade.

"When we are united and effective, they back off."

Murray has just gone through contract negotiations, and his team’s new contract goes into effect on the first day of 2019. In addition to a wage increase, they will receive a bump in compensation for “stand by” days, which happen when the whole crew is placed on call in case their help is needed due to severe weather events.

The highlight of the contract, however, is replacement of the Quartermaster system. Getting new gear – work clothes and boots – used to be a hassle. They had to submit the old work clothes before applying for replacement. This always resulted in management-controlled delay during which the workers had to wear their own clothes and boots. Since public works employees frequently operate in dangerous and grimy environments, their gear is expensive and has to meet safety standards. Now, with the new contract, they will receive a yearly stipend for their own gear and have control over access to professional clothing.

As more wind and rain are expected this week, Lake Forest Park Teamsters climb into their trucks and drive off to continue clearing the highway and preparing for the next tempest. Some of them will be on the road on Christmas Day and New Year’s Day. If you see them driving by, send them a salute.