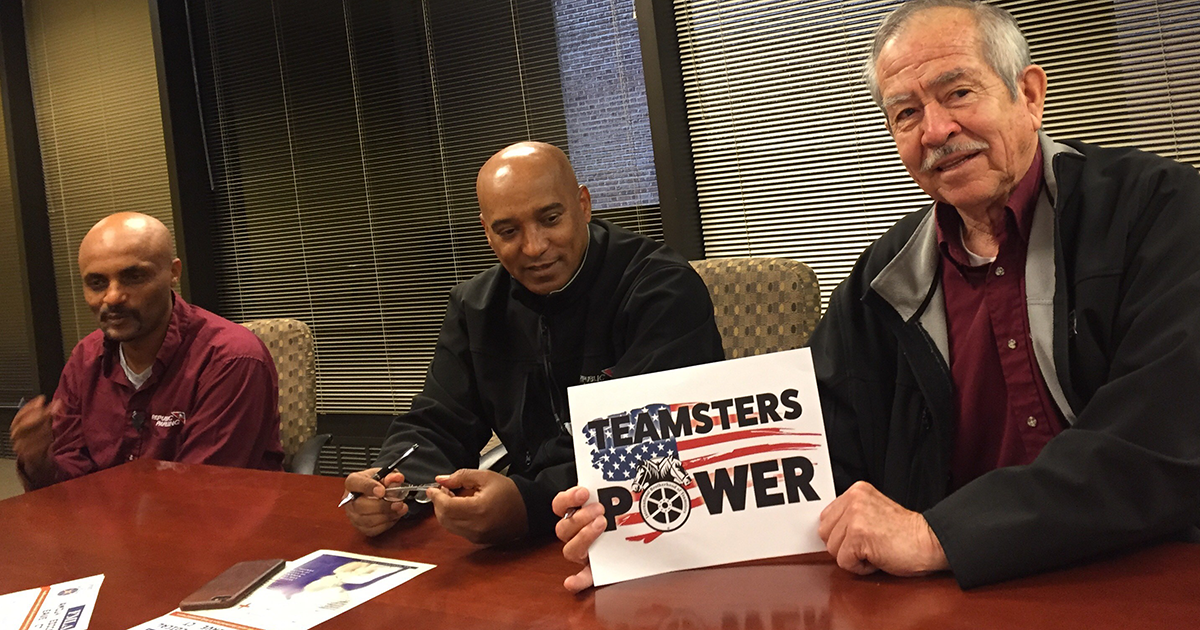 A small group of Teamsters who work for Republic Parking in downtown Seattle voted to ratify a new three-year contract last week.

It was unanimous – all members voted in favor of the agreement. Members will receive wage increases in every year of the contract and increased contributions to their retirement plan.

"The group felt that greater retirement security was an important goal for this contract and they accomplished that," said union rep Takele Gobena.

Another huge improvement for members was the addition of vision coverage to their health and welfare plan.

The Teamsters covered under the new contract work at the Puget Sound Plaza building and in the garage of the IBM building. They greet customers, help them process their tickets, and assist with building maintenance.