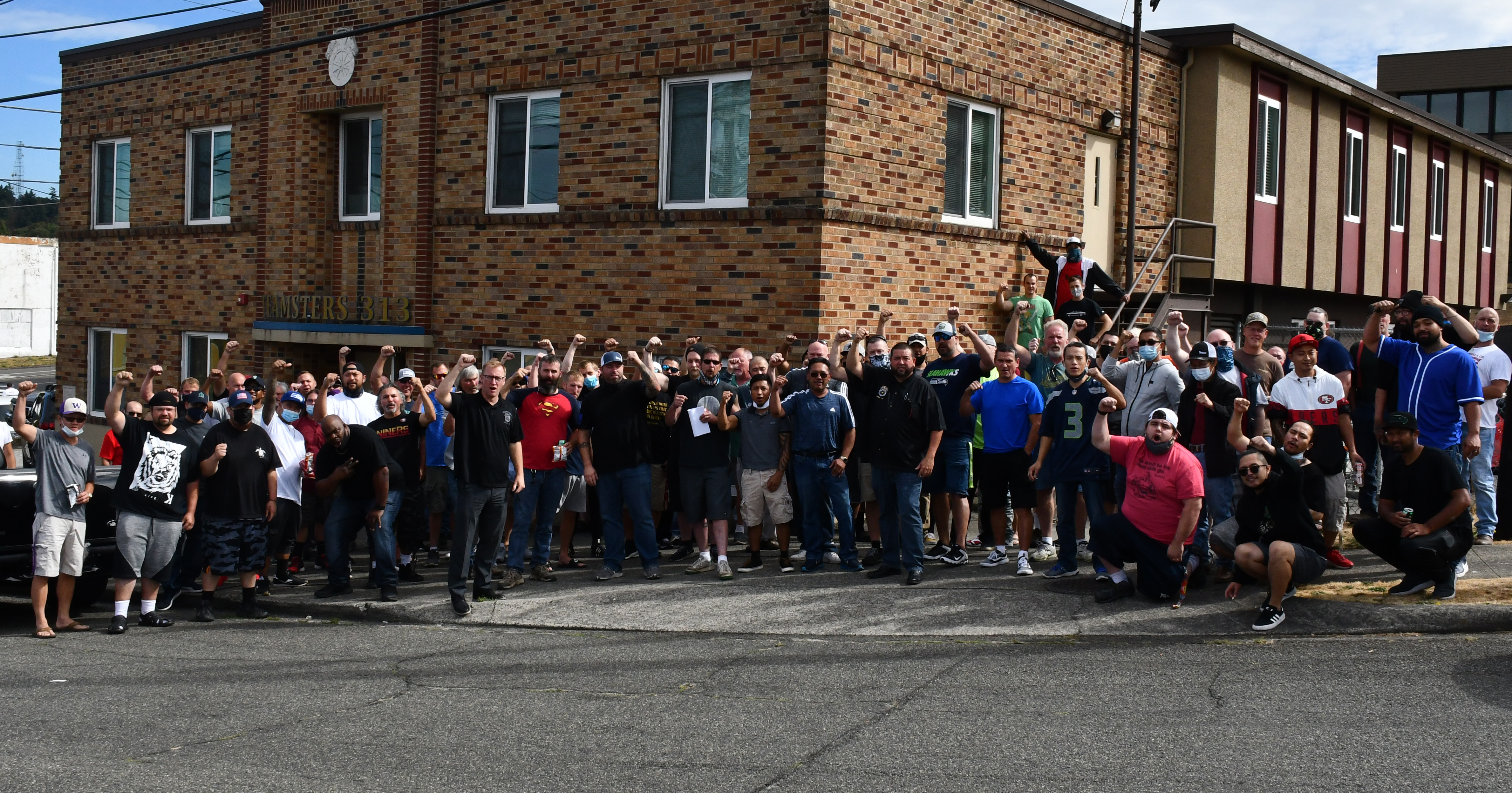 Teamster drivers and warehousers at Sysco meet in September to unanimously authorize a strike.

An often overlooked part of our identity as Teamsters is that we work hard, incredibly so. Lewis Lemafa and his co-workers at Sysco are prime examples of that.

"We're in the major leagues of picking," he says. Lemafa is a warehouse order selector and shop steward who hauls cases of food and loads them into trailers so they can be trucked to restaurants, hospitals, and schools across the Pacific Northwest.

"Dry has to pick 195 cases an hour with sometimes 23 stops on one board," he explains.

Dry, cold, frozen - these are terms for product areas inside the fast-moving facility. Lemafa says the volume he and his co-workers push out the door every week ranks with the highest producing warehouses in the country. "We're putting 1000-1200 cases on these trailers - they're stuffed."

Lemafa came to Sysco from a non-union job after hearing how a friend, a Teamster at Huttig, was getting regular bumps in pay and had better medical benefits. "Teamsters opened the door for everything," he recalls. "I know life after Sysco, no matter what I do, will be good."

With a newly-ratified, 3-year contract, life is good now for Lemafa and his co-workers, he says. The agreement, which the group voted overwhelmingly to approve in October, raises wages by $4/hr and secures vacation improvements, excellent medical and pension benefits, and health care for retirees.

"We're all excited about what we got - it's a really good deal."

Fellow shop steward and E-Board trustee, Will Buff, echoes the enthusiasm. "This is our best contract to date. We were close to taking it to the streets, but we stood together and fought for what is right."

As Buff indicates, the road to a fair contract at Sysco wasn't easy. In September, the group unanimously voted to authorize a strike after the company committed a series of unfair labor practices. In the end, solidarity was key.

"We were all united for a strong contract," said Brian Vining, a driver and shop steward who has dedicated 27 years to the company. Like the warehousers, drivers at Sysco have been putting in 14-hour days. During the pandemic, they were asked to make deliveries to COVID quarantine wards and to help throw cases to cover personnel shortages when an outbreak hit the shop floor. 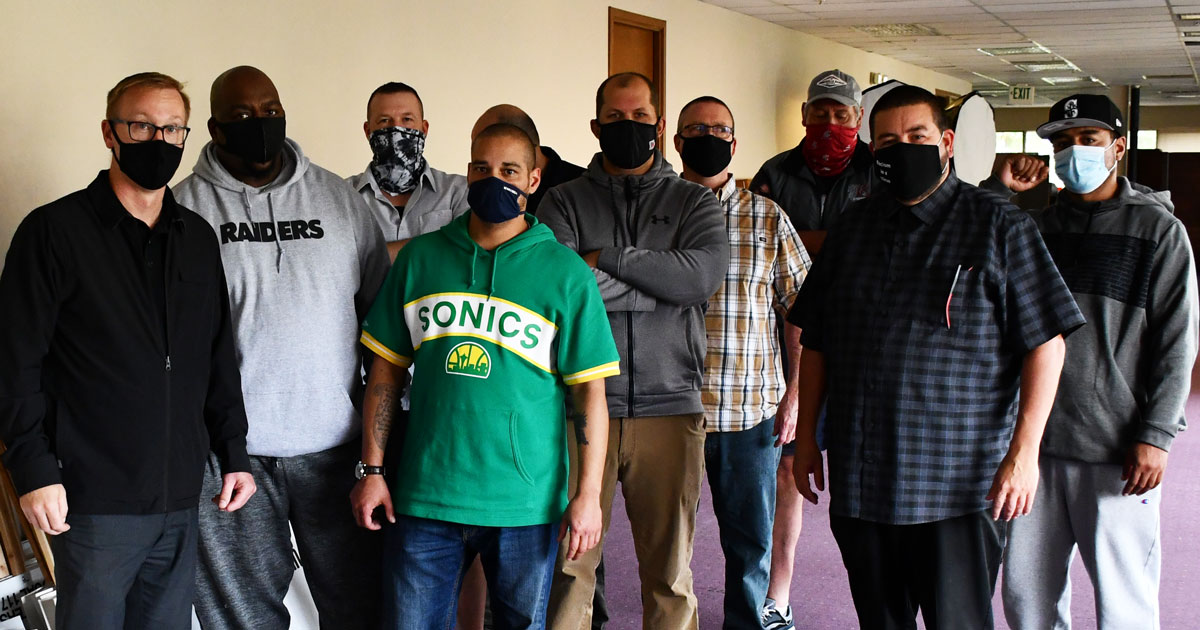 Our union bargaining team brought experience, determination, and the pulse of the members to the bargaining table.

With the brutal hours and other challenges brought on by the pandemic, our union bargaining committee knew the group would settle for nothing less than a groundbreaking contract. The team included Lemafa, Buff, Vining along with other shop stewards and lead negotiators Director of Representation Paul Dascher and Secretary-Treasurer John Scearcy. Together, they masterfully navigated the bargain to an agreement that ratified by a wide margin.

"Our members at Sysco - drivers and warehousers - are putting in excruciatingly long days to serve local hospitals and schools in our communities," Scearcy said. "The group stood together to achieve a contract they can be proud of - one with family wages, excellent benefits, and workplace protections that only a strong union like the Teamsters can provide."