They Never Gave Up: Drivers' Unity and Resilience Prevails at SeaTac, Ends “Pay-to-Work”

Posted by Yulia Issa 65sc on July 19, 2018
Drivers Unity and Power Results in an Astounding Victory at SeaTac 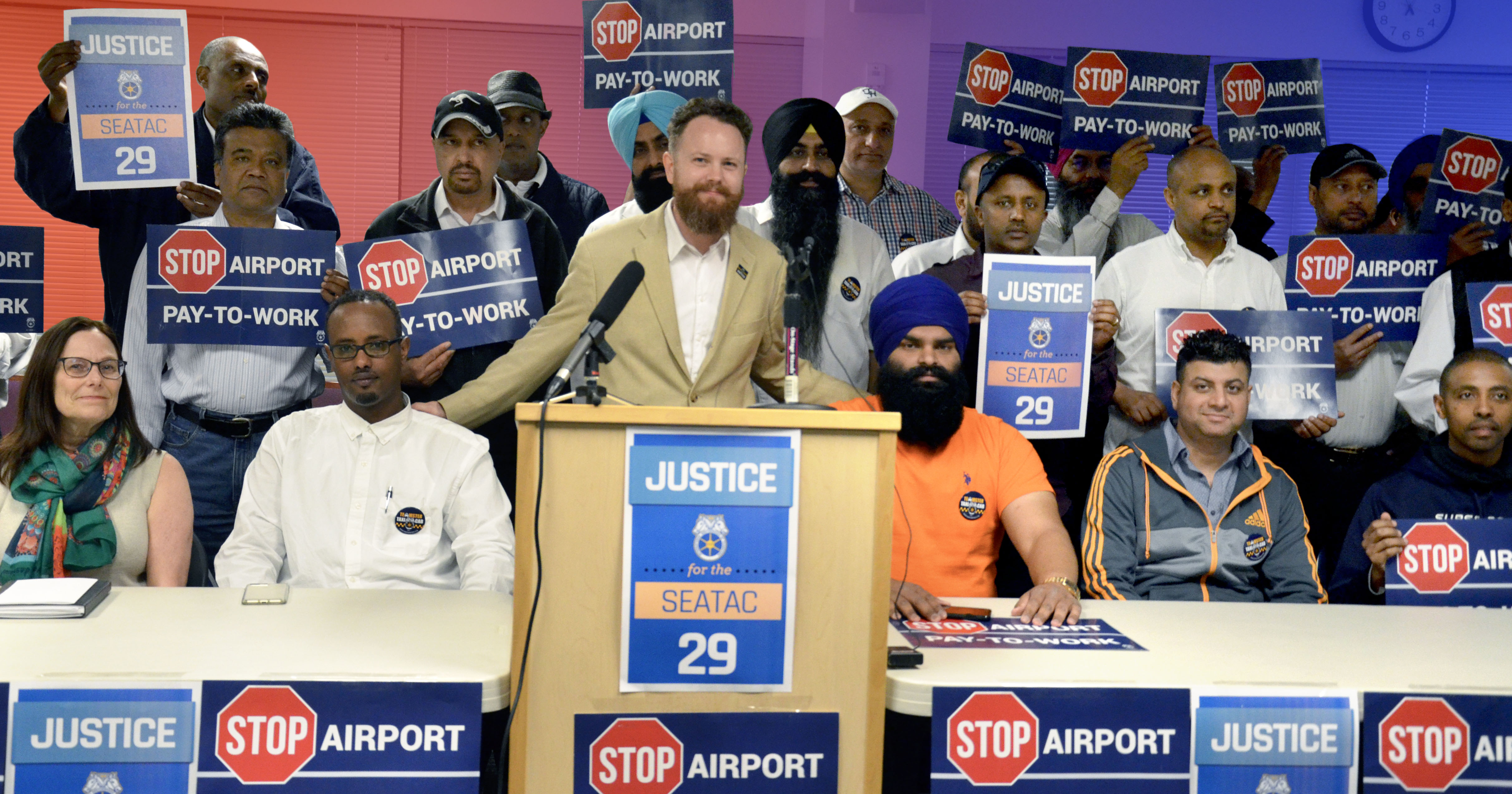 Last week the Port of Seattle Commission voted to approve an agreement to officially end taxi contractor Eastside for Hire’s “Pay-to-Work” fleet reduction plan, and provide stability for the remainder of Eastside’s contract with the Port.

Union taxi and flat-rate drivers celebrated the victory and vowed to continue to take action through their union to have a voice at work.

Back in April, taxi contractor Eastside for Hire announced the “Pay-to-Work” scheme by giving drivers just 5 days to make a choice – either agree to pay $9,000, or lose your job at the airport.

"What kept me going is the belief in fighting for our rights in this country."

Facing this impossible choice, over 200 drivers joined in a job action protesting the “Pay-to-Work” scheme. Taking action was a risk since some drivers had already been suspended by the company following a protest of exorbitant fees and unsanitary working conditions the previous year.

One of them was Worku Belayneh. “What kept me going is the belief in fighting for our rights in this country,” he said.

Before taking action, drivers made a commitment to each other that they refused to be divided. Instead this religiously and culturally diverse community stood united in their union, and packed Port Commission meetings time and time again to share their stories.

Throughout the campaign, drivers’ solidarity and commitment to each other was put to the test. Following one Port Commission meeting at which drivers testified, Eastside for Hire announced 30 day termination notices for 29 vehicles and their drivers.

"We could never have achieved this without the union."

But, drivers did not back down. They rallied behind “The Sea-Tac 29” and raised their voices louder.

In the end, drivers’ strength and unity raised their plight to the top of the list on a busy Commission agenda even in a time of rapid airport expansion. The Port Commissioners understood that they had to act on this pressing issue.

Under the agreement approved last week,

“We could never have achieved this victory without the union,” concludes Worku Belayneh. “Now I can focus on doing my job and raising my three children.”

Today drivers are looking forward to a better future and plan to maintain their unity to make sure they continue to have a voice at the airport.