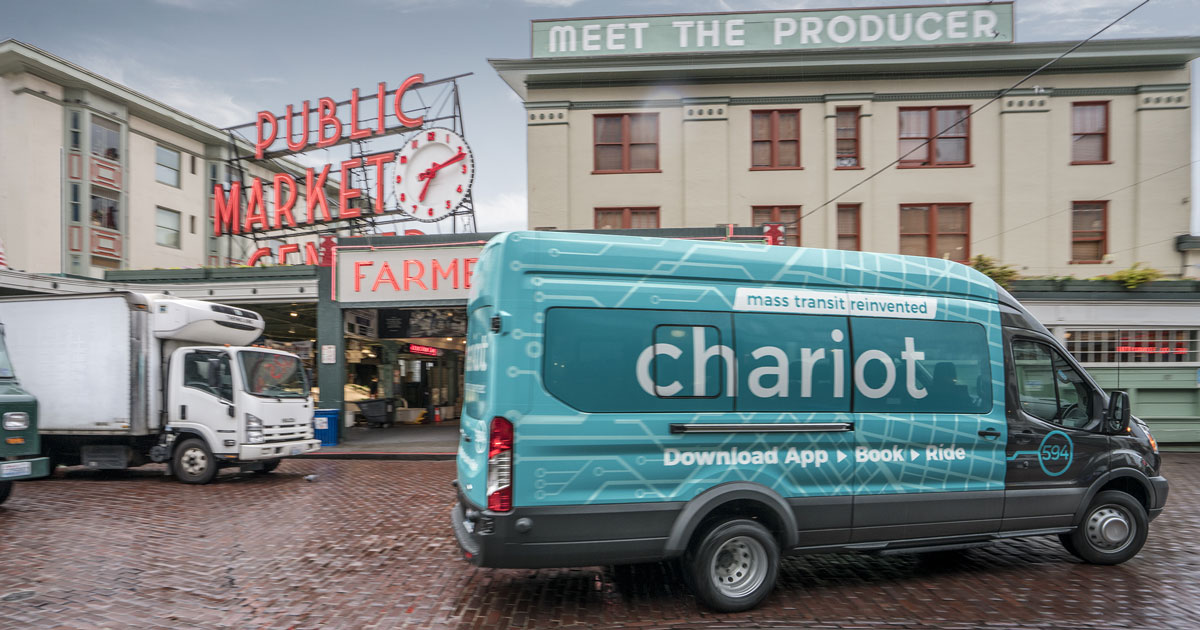 Seattle-area drivers employed by Chariot, a micro-transit service owned by Ford Smart Mobility LLC, have chosen to join Teamsters Local 117. The workers authorized the union as their exclusive bargaining representative through a card check process conducted by an independent arbitrator last week.

The group of eighteen drivers joined together to ensure that they have a voice over issues like their wages, benefits, and working conditions. “Having a union will allow us to work with our employer to create greater protections and a better working environment for all of us,” said Mark Creighton, a driver with the company.

"Having a union will allow us to work with our employer to create greater protections... for all of us."

Throughout the organizing process, Chariot remained neutral and allowed workers to determine for themselves whether they wanted union representation.

“Chariot provides an excellent example of how a company should conduct itself during an organizing drive,” said John Scearcy, Secretary-Treasurer of Teamsters 117. “While some employers fire workers or aggressively spread anti-union propaganda, Chariot trusted its workers to decide for themselves whether they wanted to join the union.”

The certification of Teamsters 117 as the workers’ exclusive representative triggers the process for contract negotiations. In the coming weeks, drivers will meet to establish their priorities for negotiations and identify rank-and-file leaders to participate on the union bargaining committee.

“We are thrilled to welcome Chariot drivers to our union,” said Scearcy. “Drivers at Chariot deserve a contract that protects their rights and reflects their priorities in the workplace. We are committed to working with them to achieve that goal.”