Dozens of shop stewards who work for the Washington State Department of Corrections (DOC) gathered at our union hall in Tukwila today for training, discussion, and preparation for upcoming contract negotiations. 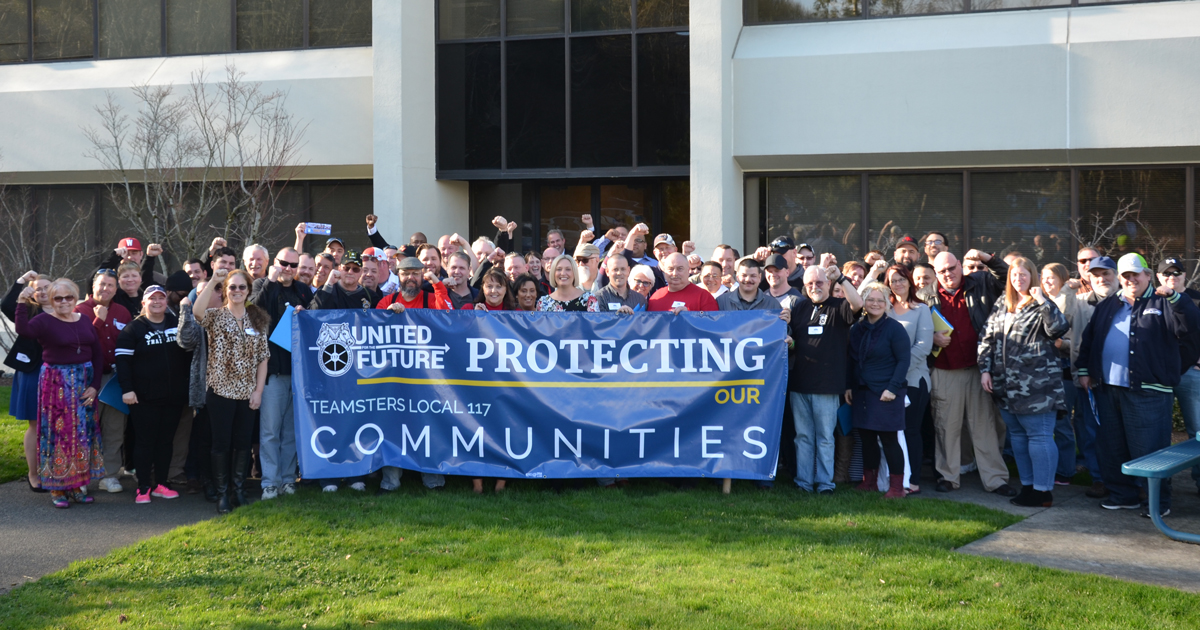 DOC Shop Stewards gather to build power and unity and at the Teamsters hall on March 16.

Dozens of our shop stewards who work for the Washington State Department of Corrections (DOC) gathered at the union hall in Tukwila today for training, discussion, and preparation for upcoming contract negotiations.

The event was the part of our annual shop steward seminar, which will bring all Local 117 stewards together tomorrow, March 17, at the Washington State Convention Center in Seattle.

Today’s program kicked off with a review of the roles and responsibilities of shop stewards. The group brainstormed best practices for confronting management and for defending members’ rights under the contract.

Our union’s political team, Dustin Lambro and Brenda Wiest, talked about our recent successes in Olympia this legislative session. Most notably, we were able to achieve funding in the state budget for an external audit of staffing levels at the DOC, something we have been fighting for over the last several years.

Stewards devoted some of the training to preparing for open shop, which we expect will be coming to the DOC and other public sector workplaces this spring. The U.S. Supreme Court is set to rule on the Janus v AFSCME case, which will likely change the rules for public sector union members and threatens our right to stand together for strong contracts.

“My main goal is to make sure that everybody is on board to commit to keep our union strong,” said Teresa Bennett, a pharmacy technician with over 20 years with the state. “I remind my co-workers - the union isn’t only about protecting people who get in trouble. It’s about better health care, better wages, and better working conditions. At the pharmacy, if the union hadn’t been there to negotiate, the state would have probably gotten rid of our jobs.”

"My main goal is to make sure that everybody is on board to commit to keep our union strong."

The DOC steward's program concluded with a strategy session to prepare for upcoming DOC contract negotiations, which are scheduled to get started this May.

“Teamsters who work in corrections put their lives on the line to protect the public,” said John Scearcy, Local 117 Secretary-Treasurer. “Our stewards are the first line of defense. They enforce our contract, engage in tough negotiations with management, keep the membership informed, and have each other’s backs. Their service is indispensable to the strength and power of our union.”