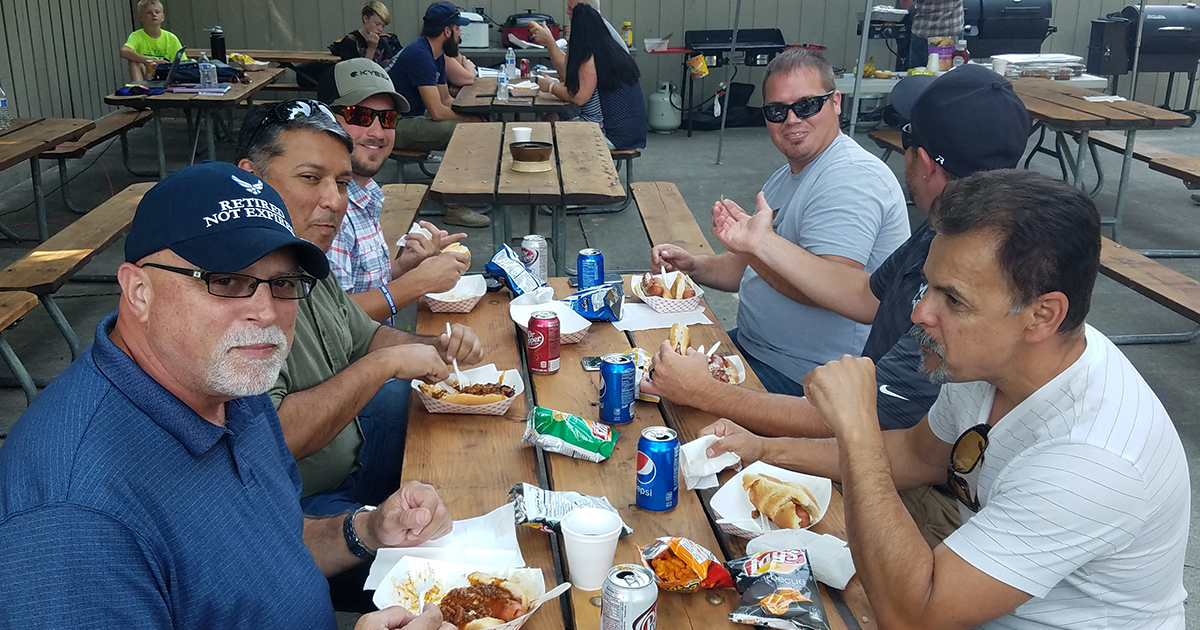 DOC members who work a the Washington State Penitentiary in Walla Walla gather at Pioneer Park for one of our union BBQs.

“This brings people together,” said Noelle Guenette, a member leader who is an officer at the Washington Corrections Center for Women in Gig Harbor.

"This is a great way to check in with everybody and reconnect."

Guenette showed up on the last day of her vacation to lend a hand at the event, as over 130 members passed through the facility’s visitation area for hot dogs, hamburgers, and some old-fashioned union solidarity.

“As a perimeter officer, I don’t get to see my fellow Teamster co-workers very often,” she said. “This is a great way for me to check in with everybody and reconnect.”

The BBQs are also an occasion to celebrate the recent signing of our 2017-2019 collective bargaining agreement by the governor and our union’s Secretary-Treasurer, John Scearcy.

Among the highlights of the new contract is an across-the-board wage increase of at least 10.5% for all 6,000 members at the DOC. Some classifications saw their pay raise significantly more as a result of negotiated premiums and other adjustments.

With interest arbitration, we have the ability to address mandatory subjects of bargaining, such as wages, through a neutral, third-party arbitrator when we are unable to reach agreement with the state at the bargaining table.

Aside from the interest arbitration language and higher pay, there are many more improvements that our union bargaining committee achieved in the last round of contract negotiations.

Be sure to have a look at our new DOC contract here; to view the articles that have changed, you can access the redline copy of the agreement here.