We have received a lot of questions and concerns about how the pandemic might impact your previously negotiated general wage increase. 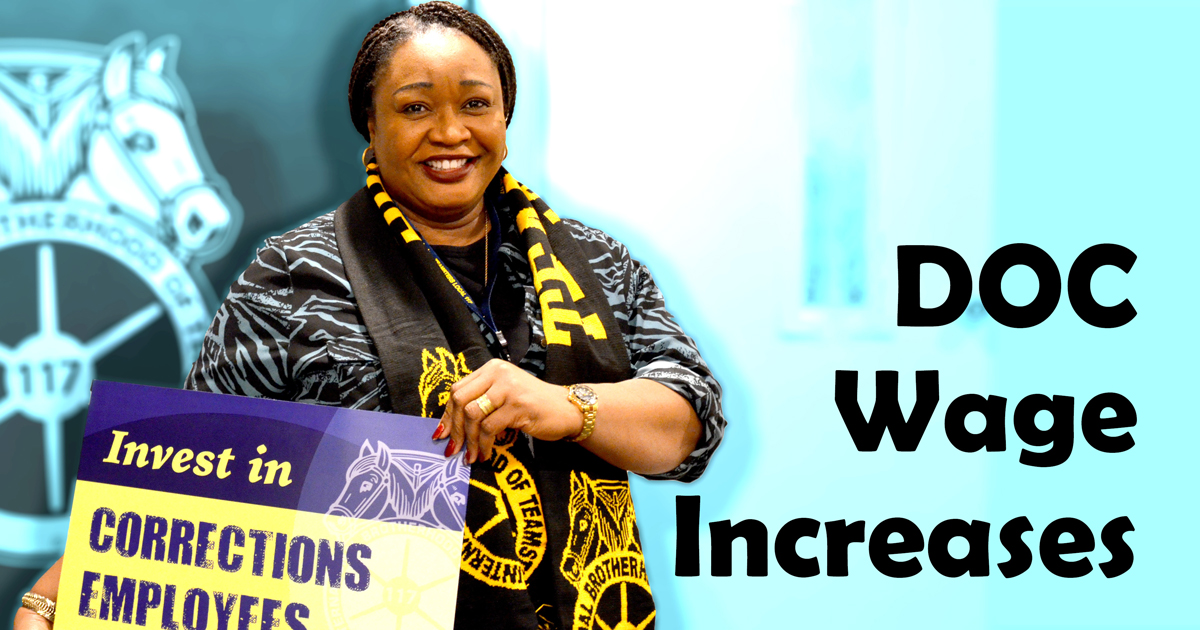 We have received a lot of questions and concerns about how the pandemic might impact the previously negotiated general wage increase for Teamsters at the Department of Corrections.

As a reminder, in our last round of contract negotiations, we achieved an 8% general wage increase for DOC Teamsters over the 2019-2021 biennium. This compares to a 6% increase for general government employees. Any change to what was achieved through collective bargaining and the interest arbitration process would require legislative action.

Although we do not anticipate that happening, it is not outside the realm of possibility given the magnitude of the crisis. You may have even seen in the news that some, including the Seattle Times editorial board, are calling on the legislature to cancel your raises.

As things currently stand, it appears that the crisis will not impact your scheduled wage increase, and you will receive your 4% general wage increase effective July 1.

Rest assured, we are very engaged and keeping a close eye on this issue. If we see any indication that the Governor or the legislature are moving to cancel your raises, we will take immediate action to protect your rights under your contract.

In the meantime, we recommend that you send a letter to the editors of the Seattle Times (send to letters@seattletimes.com) in opposition to their editorial. Be sure to describe the importance of your essential work during the pandemic and reference their editorial in your letter.

As a reminder, we have contract negotiations scheduled with the State today and tomorrow. We'll be sending out an update after those sessions.