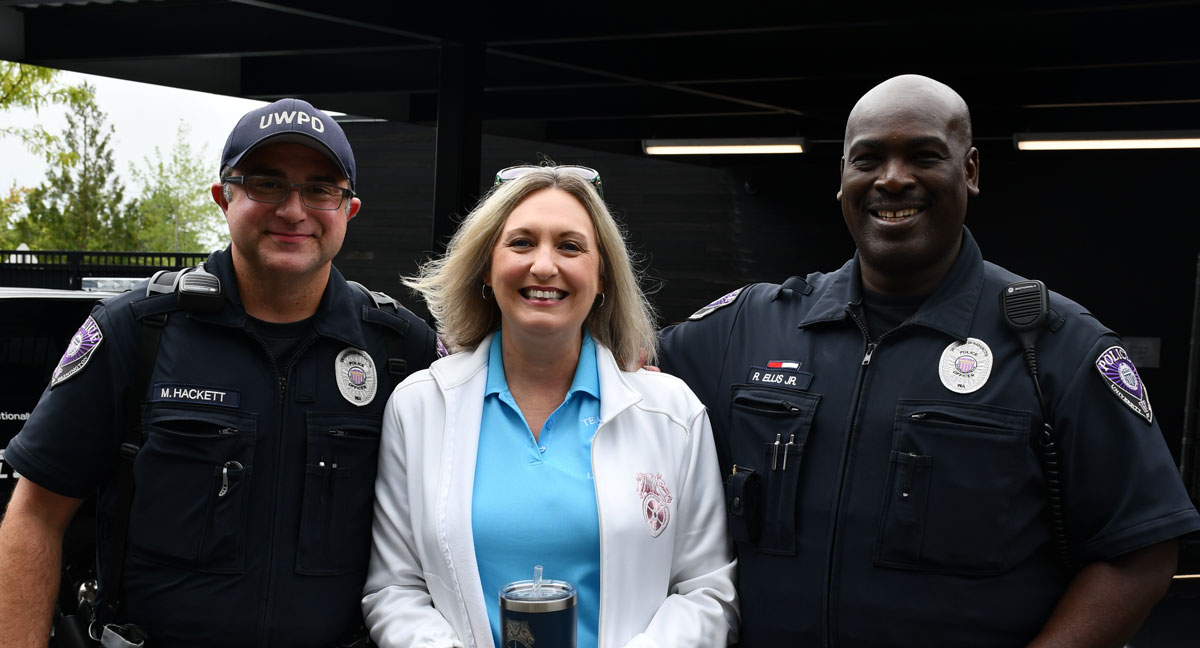 Teamsters at the University of Washington Police Department are all smiles at this Union BBQ.

“We do not want the tragedies that have occurred across our nation and here in Washington to be repeated,” said Teresa Taylor, Executive Director of WACOPS.

“We support accountability for officers and employers. We support fairness, balance, and objectivity. We want to help build policies that will make the law enforcement profession better and our communities safer.”

“We understand that in order to perform our jobs safely and effectively we must have the trust of the community,” added Spike Unruh, President of the Washington State Troopers Association. “We believe our input has made for better policy that will allow officers to be accountable to their communities while still having access to due process and the tools they need to keep the public safe. We are proud of our constructive work and will continue to work toward additional amendments for some reform bills.”

The coalition of unions has expressed either neutrality or support for the majority of police accountability bills, legislation that would provide for data collection, audits, arbitration reform, language around impeachable offenses, community collaboration and an officer’s duty to intervene. (See 1088, 1089, 5055, 5066, 5259, 5353, 5436).

“Our members work at universities, at the airport, the seaport, at state parks, in large cities and small towns. They staff local jails and the state prison system. Our coalition represents the overwhelming majority of Washington’s rank-and-file law enforcement and corrections officers,” said John Scearcy, principal officer of Teamsters Local 117.

“We all take an oath to keep the public safe, and the public trusts officers to be capable, well-trained guardians of their safety,” said Arman Barros, a member of Teamsters 117 employed at the Port of Seattle Police Department. “Passengers that pass through the airport expect us to keep them safe. I appreciate the work all legislators have done to amend HB 1054 related to police tactics.”

The coalition letter expressed concerns over Senate Bill 5051, which would eliminate an officer’s right to due process and could lead to termination before a determination is made regarding allegations of misconduct. SB 5051 is scheduled for public hearing in the House Committee on Public Safety on Thursday, March 11 at 1:30 p.m.

“We want the reforms passed this session to result in greater accountability while still maintaining fundamental rights of workers. We do not accept the false dilemma that we must choose between social justice and procedural justice for law enforcement officers. We can do both if we work collaboratively to get the policies right,” said LeAnne Kunze, WFSE Executive Director.