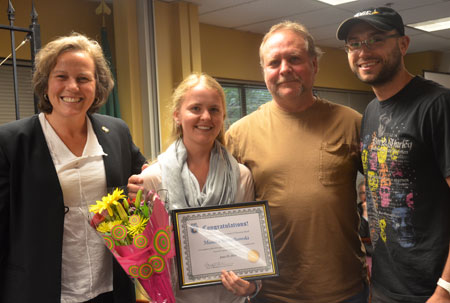 Congratulations to the award recipients and special thanks to the Alfieri family for generously founding the scholarship award in honor of their son Jeff, a former Local 117 Business Representative.

The Local 117 Jeff Alfieri scholarship of up to $2000 is awarded to outstanding students whose parents are members of Teamsters Local 117.