The message is loud and clear. By an overwhelming margin, DOC Teamsters have voted to reject the State’s contract proposal. 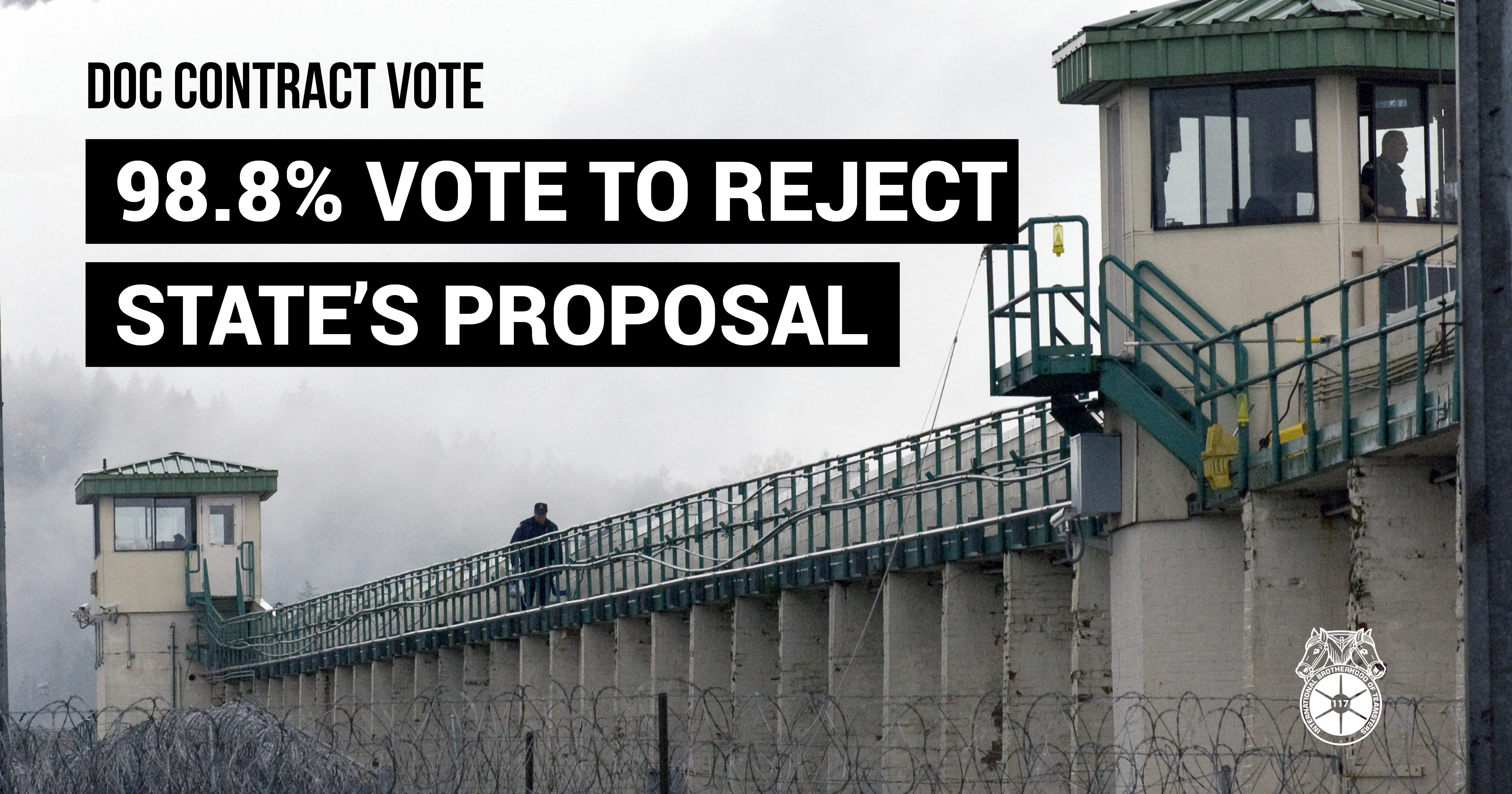 Our message is loud and clear. By an overwhelming margin, DOC Teamsters have voted to reject the State’s contract proposal.

The final vote results are as follows:

With over 50% of the DOC membership casting a ballot, this contract vote has one of the highest voter participation rates ever.

Clearly, the membership found the State’s proposal to increase wages by 2% in year one and 2% in year two insultingly low. With a strong economy and higher than expected revenues, the State needs to do more to recognize your work and the sacrifices you make every day to serve and protect our communities.

The vote to reject the proposal means that we now have the opportunity to present our argument for higher wages before a neutral, third-party arbitrator in a hearing scheduled to start this Wednesday, August 22 in Tacoma.

The arbitrator will listen to evidence on both sides and issue a decision on general wage increases and other economic elements of our contract by the end of September.

No matter what the arbitrator decides, we will need to make sure that the award is fully funded by the State legislature during the next legislative session in Olympia, which starts in January. This will require a massive participation at our annual Lobby Day event, which will take place in February next year.

The interest arbitration hearing is scheduled to run for eight days. During the hearing, we will provide you with regular updates. We will also be calling on members of the bargaining unit to testify at the hearing as we make our case before the arbitrator.

Thank you to everyone who made their voice heard and for following the lead of our union’s negotiations committee that unanimously recommended that you reject the State’s proposal.

Your work as Teamster corrections employees is worth more than the State’s substandard offer. You face challenges and dangers on the job that the public doesn’t understand to protect all of us. The State needs to do more to honor your service.