Congrats to Dale Ekstrom, a 41-year Teamster at Coke, who retired at the end of last year. 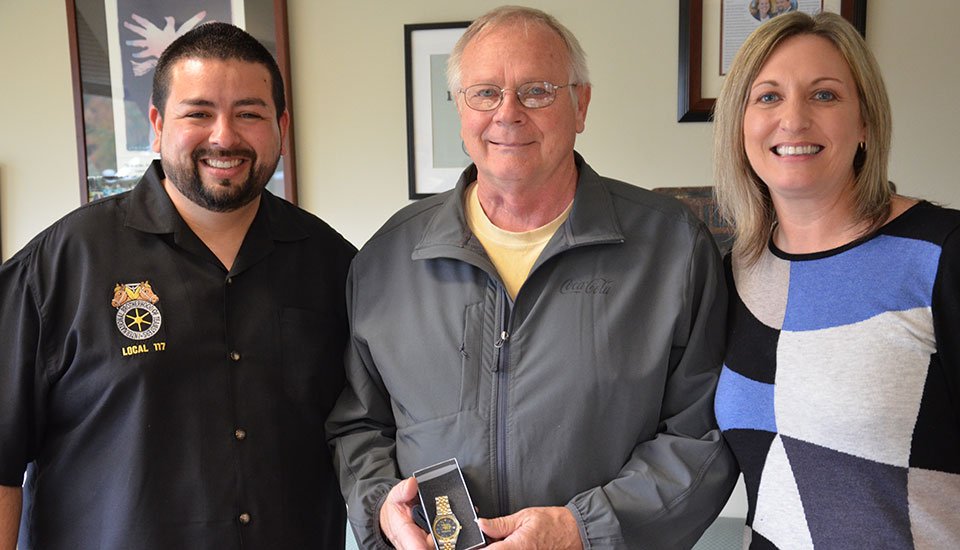 Congrats to Dale Ekstrom, a 41-year Teamster at Coke, who retired at the end of last year.

Dale stopped by the office today to pick up his 40-year watch, catch up with Local 117 Secretary-Treasurer John Scearcy, and reflect on his career choice.

Drafted by the Portland Timbers in 1978, Dale had to choose between playing professional soccer and a summer job at Coke with the Teamsters.  He decided to pass on the soccer gig and he's happy he did.  The Timbers ended up folding later that year.

"It turned into a very long summer," Dale said. 41 years later, Dale can retire with the security of his Teamsters pension. He plans to spend as much time as he can out fishing.

Congratulations on a great Teamsters career, Dale. Enjoy your retirement, brother. You earned it!

Sign in with or
Don't have an account? Click here to create one.
Please check your e-mail for a link to activate your account.
No recent activity
Congrats to 41-year Teamster Dale Ekstrom on his retirement. #1u #Teamsters
41-year Coke member Dale Ekstrom heads into retirement
TEAMSTERS POWER