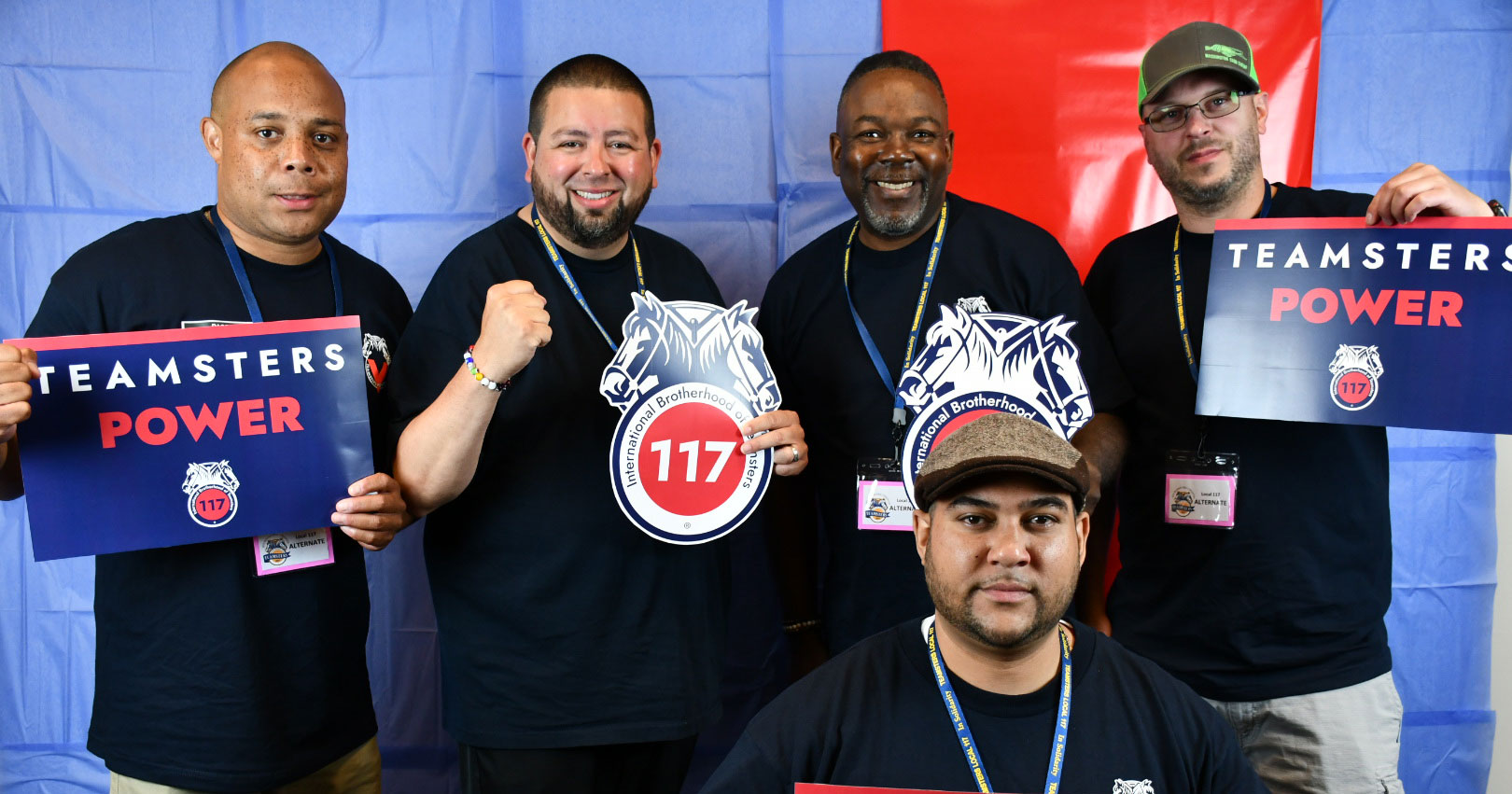 Teamsters 117 brings one of the largest, most diverse delegations to our International Union Convention.

Our Teamsters Union hall in Tukwila was abuzz this morning as the 30th International Union Convention was set to get underway.

Members greeted each other under colorful banners strung from the ceiling with slogans like Power, Unity, Progress, and United for the Future. They posed for photos, grabbed some swag, and checked over the day's agenda.

It wasn't Vegas, where the event has been held with much fanfare for the last 25 years, but the excitement was palpable.

"This is my first convention," said Samuel Coleman, a Shop Steward and officer at the Department of Corrections. "I'm so blessed to be part of it. Can't wait for it to get started. It's going to be historic, we're going to make a change."

Katrina Taplin, a new Shop Steward and bus driver at the Port of Seattle, was overwhelmed. "I have a lot to take away from this so I can learn and get more involved. I believe that everyone should be treated fairly and afforded the same opportunities. I think about what I want to teach my daughter, where we are today in the world, and I want to do what I can to make it better for everyone." 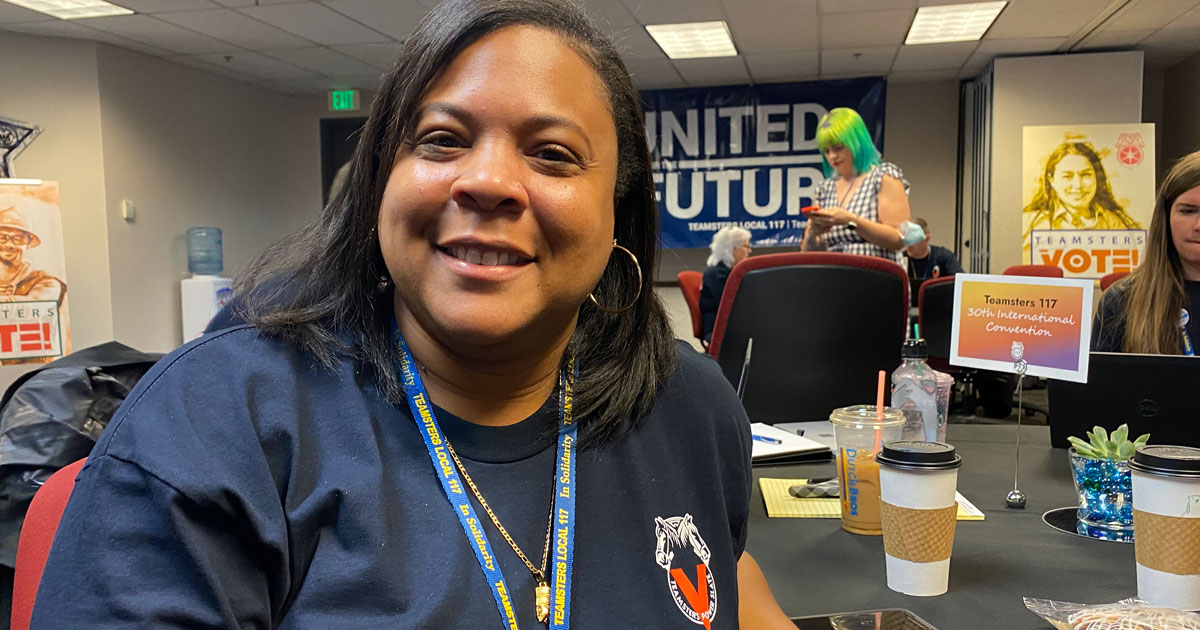 New Shop Steward Katrina Taplin is excited to bring what she's learned home to her daughter.

Due to the pandemic, the 2021 IBT Convention is being conducted entirely online. For Matt Lim, a residential yard waste driver at Waste Management, there's a silver lining. "I'm glad I'm not in Vegas at 120 degrees," he said. "I'm excited to bring the spirit of unity right here to our Union hall."

Lim, Taplin and Coleman are some of the thousands of members across the United States, Puerto Rico, and Canada, including a powerful team of 42 members and staff from Teamsters 117, who are gathering this week at their Local Union halls to participate in the virtual event. 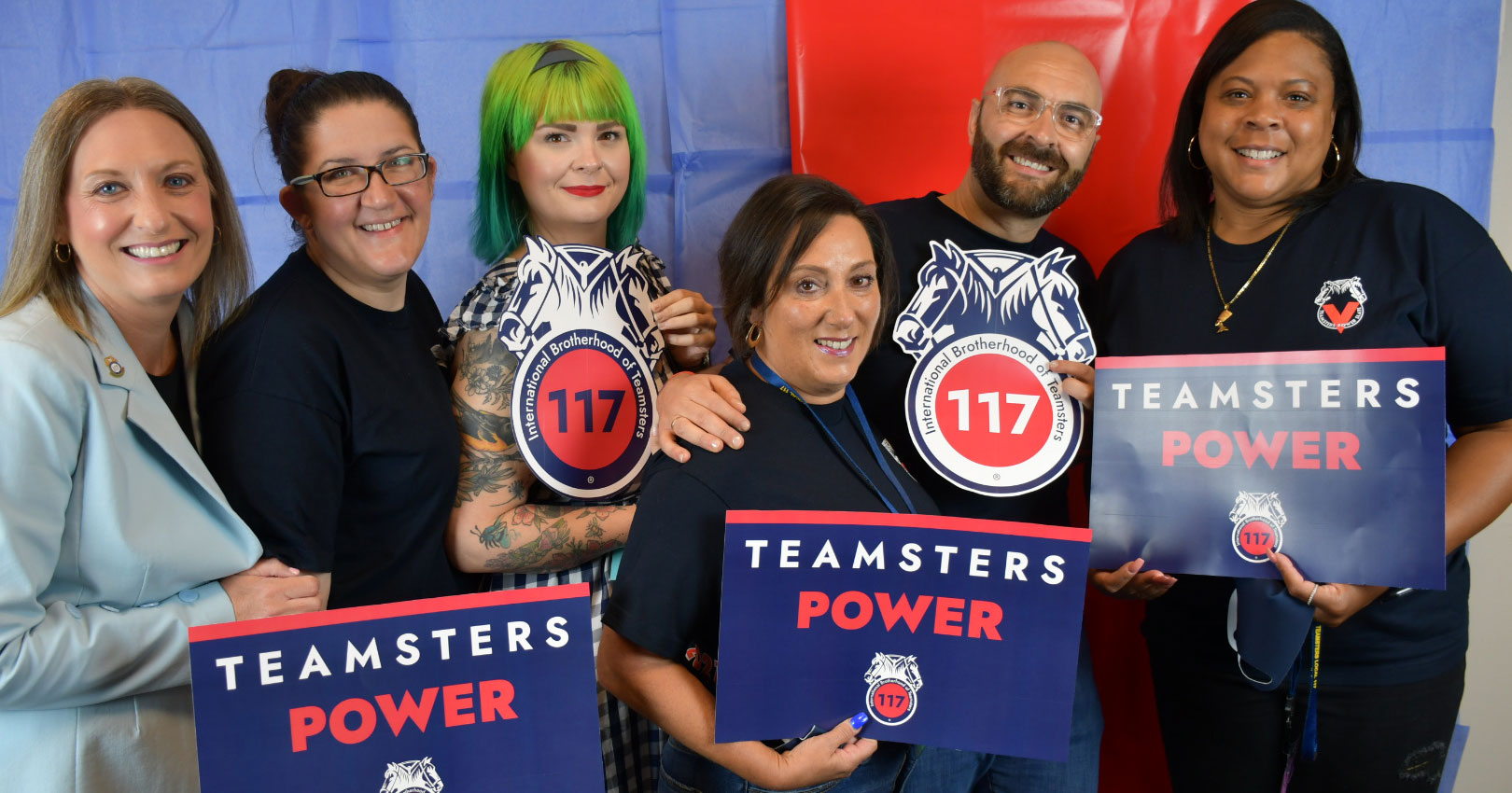 Teamster women are a powerful force in our convention delegation.

The remote nature of the Convention makes it no less significant. Over the course of the next three days, member delegates will vote on the operations and governance of our Union and nominate candidates for our International Brotherhood of Teamsters (IBT) Executive Board.

These are the leaders who will run for Union office in the coming Teamsters election this fall and ultimately set the course for our Union moving into the future.

“I am honored and humbled to bring such a powerful, diverse, and experienced delegation of rank-and-file member leaders to the 30th International Teamsters Convention," said John Scearcy, Secretary-Treasurer of Teamsters 117. "This is an opportunity for us to connect with Teamsters from across the country and to showcase the innovative work of our Local Union. With such a large, powerful delegation, Teamsters across North America will definitely know that Local 117 is in the house!" 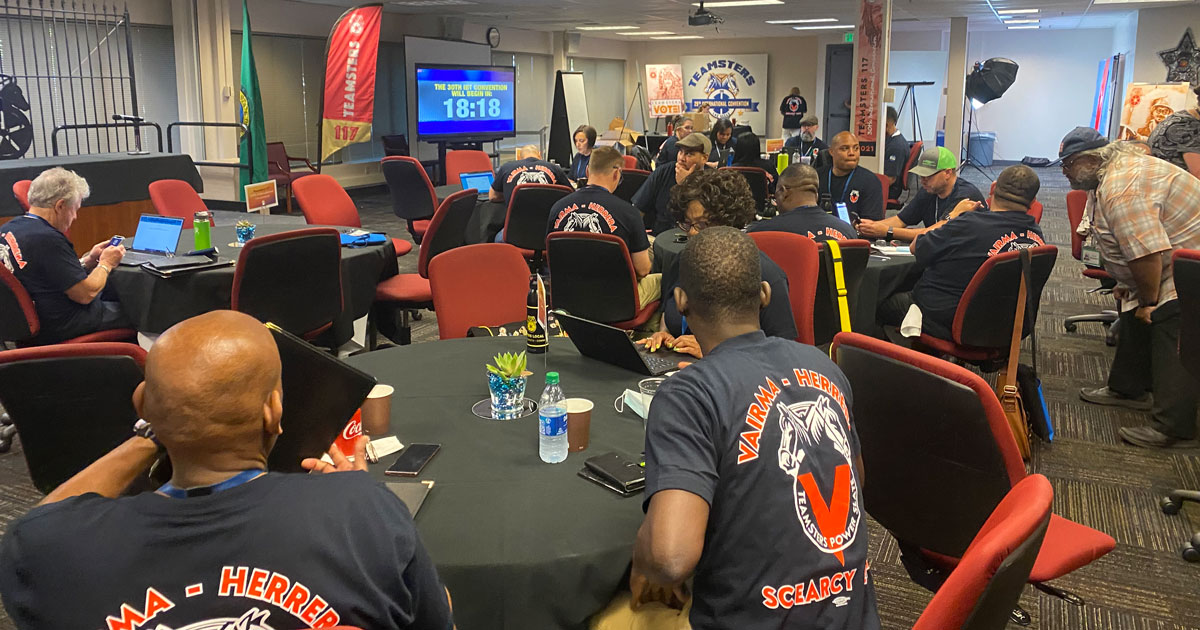