Workforce Central group keeps all options on the table 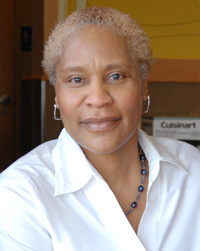 The government shutdown of 2013 impacted many of our Teamsters Brothers and Sisters in various ways. For those public sector workers at Workforce Central in Tacoma, it came in the form of shared sacrifice.

“Our management had come to us and said that in order for us to sustain where we are, we have to give up certain concessions,” said Shop Steward Debra Gibson. As Union members with a voice, the workers came together and voted on what they could afford to give up to keep the agency going and to make sure that nobody got laid off.

They agreed to reduce the employer contribution to their 401a plan and chose to change to a lesser medical plan, causing their out-of-pocket health care costs to increase. They elected to take furlough days, give up some vacation time, and reduce their hours, which caused some to file for unemployment to supplement the lost income.

Overall, the workers opted to give up over $2 million over the past couple of years in an effort to keep their fellow members employed and the agency afloat.

In June of this year, the Workforce Central contact expired. Now, the members are in the midst of bargaining for their new contract and fighting to recoup some of their losses that they gave up for the good of the agency when the agency was under financial strain.

"This was never intended to be the way it would be maintained while people were employed here.”

“During contract negotiations, we said we want that stuff back. This was never intended to be the way it would be maintained while people were employed here,” Gibson said.

The Workforce Central members met on October 15 to continue discussions regarding their new contract. At the meeting, they unanimously agreed to leave all options on the table to reach a fair contract that moves them forward not backwards.
The group joined Teamsters 117 to obtain protection, job security, and the collective power to negotiate over wages and benefits. There are approximately 45 members at this location.

Workforce Central is an agency that is federally funded through the Workforce Investment Act of 1998. It focuses on providing individuals with services and skills they need to enhance their employability.