Posted by Michelle Woodrow 655sc on May 04, 2017
Where things stand on the budget 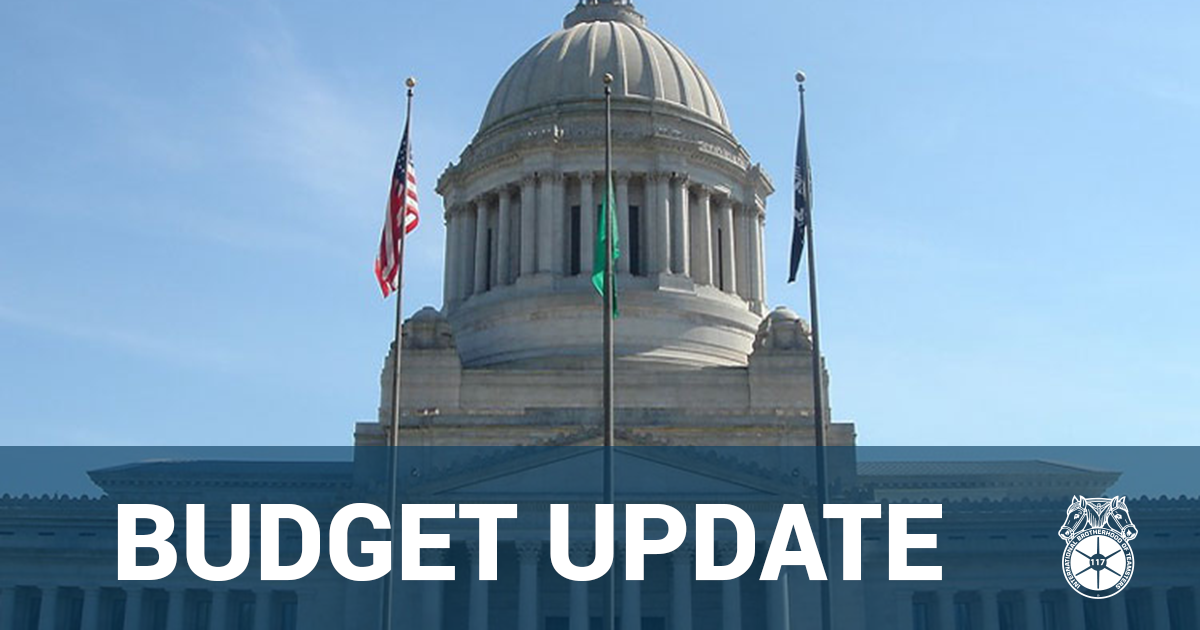 We had some good news during the regular legislative session when both the House and Senate included funding for our DOC contract in their budget proposals. The Governor had released his budget earlier, which also proposed funding our contract.

This was a critical first step. A state budget that funds our contract will result in at least a 10.5% general wage increase for all Teamsters who work at the DOC over the coming biennium.

Unfortunately, it’s not enough for the sides to make their respective proposals. They also need to sit down and hammer out a final budget. And right now that’s not happening.

Senate negotiators are refusing to come to the bargaining table. By doing so, they’re playing a dangerous game that could have disastrous consequences. If a budget deal isn’t reached by the end of the fiscal year on June 30, we could see a government shutdown, leading to layoffs and an indefinite suspension of wage increases for DOC employees.

So far, the Senate has also refused to fund an external audit of staffing levels at the DOC. The DOC operates under a dangerously outdated staffing model, and an audit would begin to address that problem.  Both the House and Governor support funding the audit.

What's more, the Senate is refusing to fund the contracts of our members at the UW Police Department who put their lives on the line to protect our community and our members who work at the Department of Enterprise Services.

We need to send a resounding message to legislators in the Senate: Start negotiating over the budget now, fund an external staffing level audit at the DOC, and fund our UWPD and DES contracts.