Welcome Vanessa Zavala-Gonzalez and Haley Silvernale to our union staff!

Our union is excited to welcome two new employees to complement our outstanding administrative staff in the dues office. Vanessa Zavala-Gonzalez and Haley Silvernale began their Local 117 adventure in July. 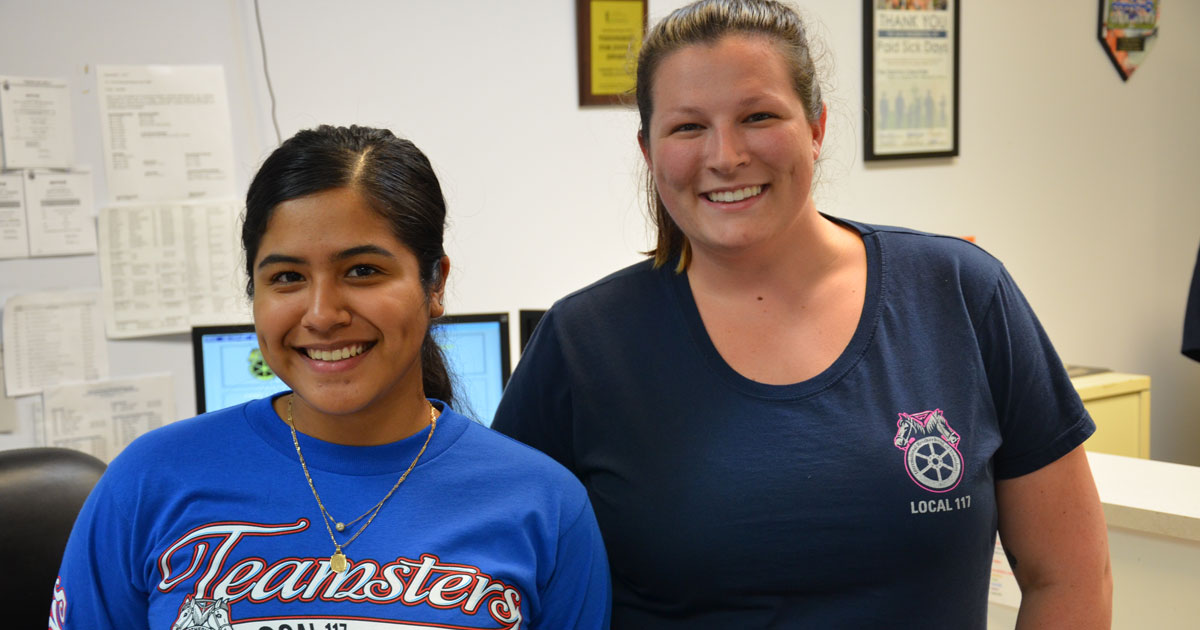 Our union is excited to welcome two new employees to complement our outstanding administrative staff in the dues office. Vanessa Zavala-Gonzalez and Haley Silvernale began their Local 117 adventure in July.

Haley grew up just a few miles from our union hall and graduated from Raisbeck Aviation High School in 2014. Since then, she has worked at a fastener distribution company and the Museum of Flight, where she ran simulators and gave tours of the Space Shuttle Trainer.

Haley’s family is union to the core, with both her father and grandfather having spent much of their careers representing workers in the United Food and Commercial Workers and the Teamsters.

“With unions, people have a voice to gain the right to work and survive,” she says. “Having a union to back you up is important.”

"With unions, people have a voice..."

Vanessa hails from a hardworking immigrant family that resides in Tacoma. Her father runs his own tiling business while her mother has worked numerous jobs to help support Vanessa and her two older brothers.

Vanessa pitched in from a young age, helping her mom pick raspberries in the summers and clean buildings in the winter while she was in school.  She also assisted with her father’s business, handling licensing, completing tax forms, and organizing his files.

All of her family’s hard work has paid off as they finished building their own dream home with the help of friends and relatives two years ago.

Vanessa is bilingual and speaks fluent Spanish, which is a tremendous asset for our front-line office staff that serves our diverse membership. She has her sights set on becoming a psychologist or marriage counselor someday. “My family has given me a strong, lovable foundation,” she says. “I want to be able to help create that for others.”

Congratulations to both Haley and Vanessa and welcome to our Local 117 family!