Member solidarity pays off at Veritiv 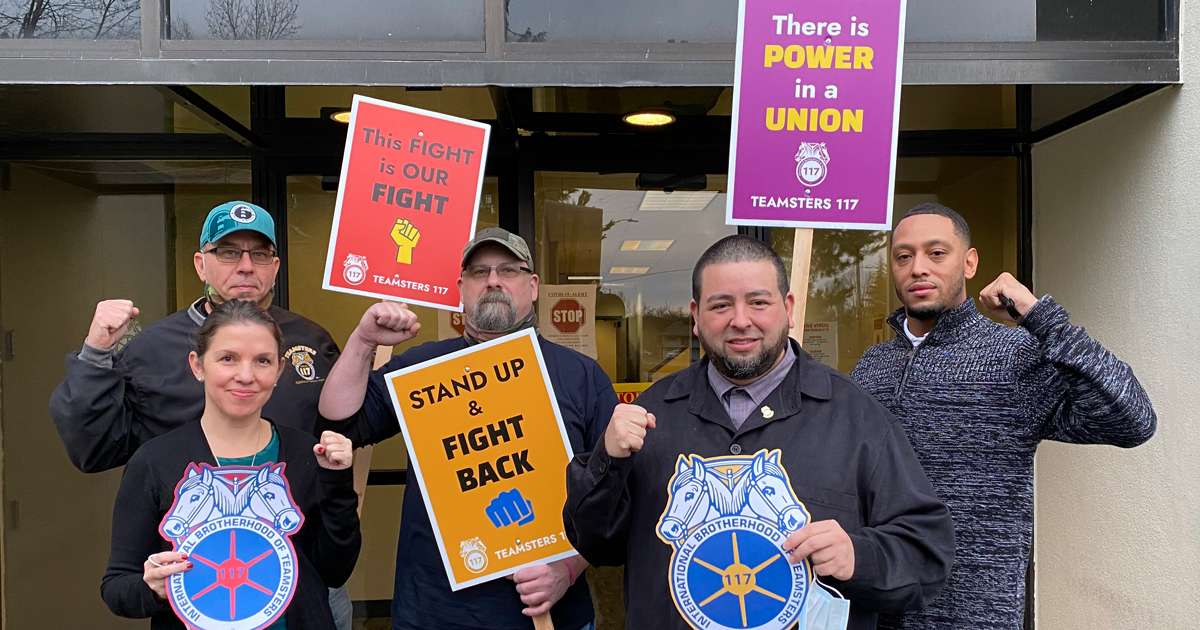 Solidarity pays off at Veritiv as members stand strong for a fair contract.

Teamsters at Veritiv headed into the new year with smiles on their faces.

Shortly before the holidays, the group of warehousers at the packaging giant voted unanimously to ratify a new three-year contract. The agreement brings wage increases of $1/hr in the first year, maintains health and welfare benefits, and strengthens retirement security with the new Retirees Plus XL plan.

Kevin Timme, a member of the union bargaining committee who has worked at the company for 16 years, was enthused with the results.

"This is the most money we’ve gotten since I’ve been here," Timme said.

In many ways, it was a remarkable turnaround for a group that seemed headed for a strike.

For three months, the company had nickel-and-dimed our members in negotiations despite record profits. Veritiv's economic proposals were insulting, especially to essential workers enduring a pandemic, and corporate seemed unwilling to budge.

Our local union strike team ramped up, strategy sessions were held, and the group voted unanimously to authorize a strike. "We told them we were ready to walk, and I think they finally got the message," Timme recalls. "We weren't going to back down."

At the next bargaining session, the company moved to meet the union's demands. They also acknowledged our concerns about lax enforcement of COVID-19 policies and have tightened up their practices, which has made the workplace safer.

By that time, John Scearcy, our union's secretary-treasurer, had entered negotiations to draw a firm line in the sand on what it would take to ratify a contract “not a penny less”, which sent another signal to the company that a strike was imminent.

"Teamsters at Veritiv showed strong solidarity and rallied around their demands for respect," Scearcy said. "In the end, the company understood that the strike threat was real - our members were ready to walk. This contract is a testament to their fortitude and courage."