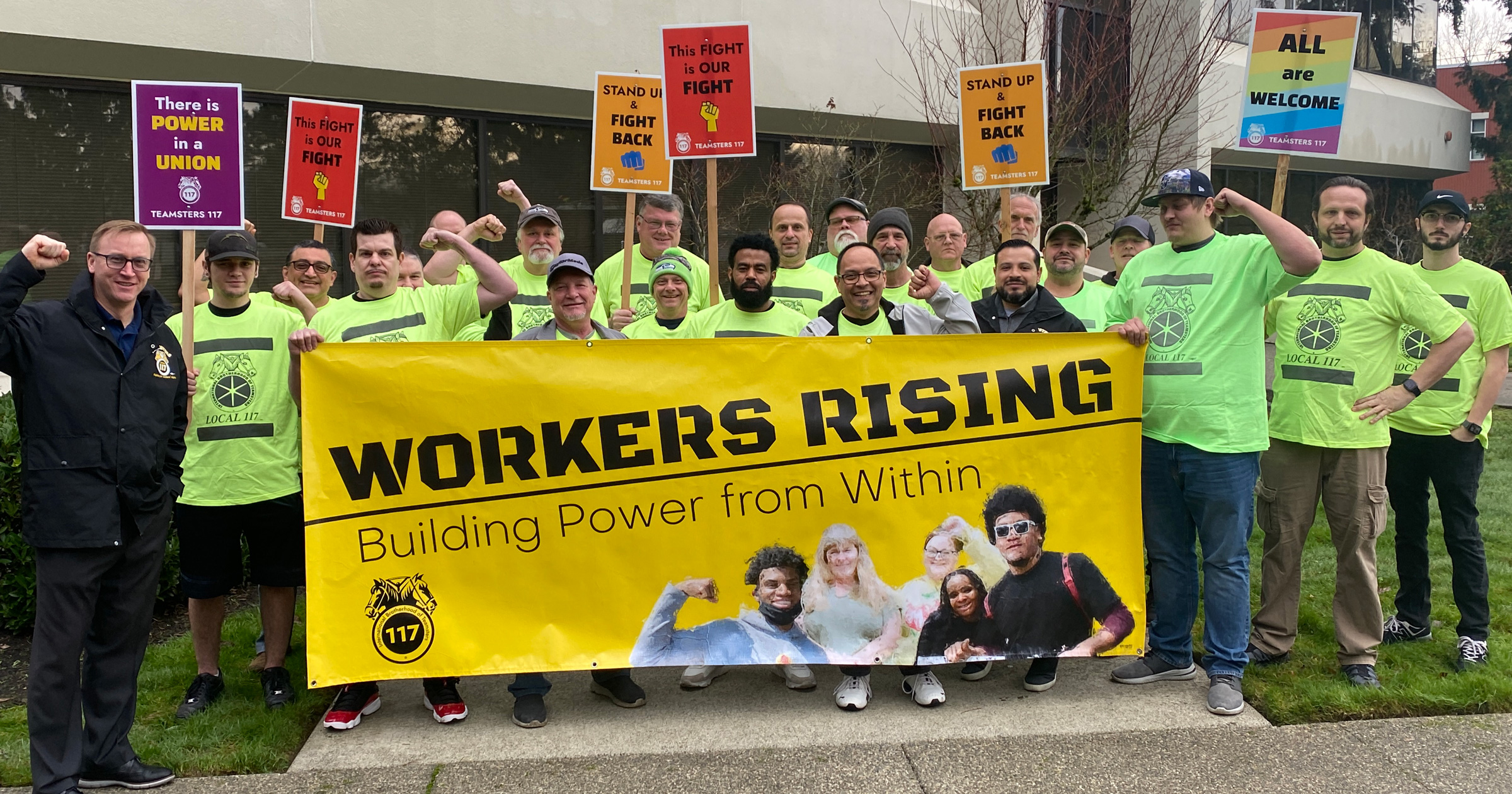 Things have radically changed at Trojan Lithograph and not for the better. “We used to be like a family,” recalls Ron Limarzi Jr., an assistant press operator, who has been with the Renton-based company for 22 years. “We looked forward to coming to work, and we were willing to stay over to get the job done.”

Limarzi’s co-worker and lead press operator, Mark Krempl, agrees. “I came to Trojan Litho because it was better than any other place. That’s just not true anymore. We worked really hard to build this company up to where it was. Now they're trying to tear us down.”

The turnabout came, the two men say, after a private equity firm, Mill Rock Capital, acquired Trojan Litho in 2020 and folded it into Mill Rock Packaging, a conglomerate of what their investors call “growth-oriented” printing and packaging companies.

For the 26 Teamsters who work there, the buyout has been a disaster. “When the new management came in, they started moving people around and stuff started to fall apart,” Krempl said in frustration. “We used to have regular maintenance schedules and things used to run well. Now the machines are breaking down all the time.”

The new management team has also proven to be aggressively anti-Union, demanding a slew of concessions in ongoing contract talks. They want to increase workers’ out-of-pocket medical costs, redefine how overtime is calculated, and weaken retirement and job security.

“They want to destroy our contract,” Limarzi put it bluntly.

Limarzi, a Shop Steward who sits at the negotiations table, has witnessed firsthand the concessionary proposals the company is trying to shove down the Union’s throat. “They want to make it harder for us to retire and to pay more on our medical. A strong contract secures my future, secures my kids' future. The company wants to take all of that away.”

But Teamsters at Trojan Litho are not backing down without a fight. On Saturday, after an update from their Union bargaining committee, the group voted unanimously to authorize a strike. This escalation represents a major departure from past negotiations, which were settled without a dispute in a climate of mutual respect. 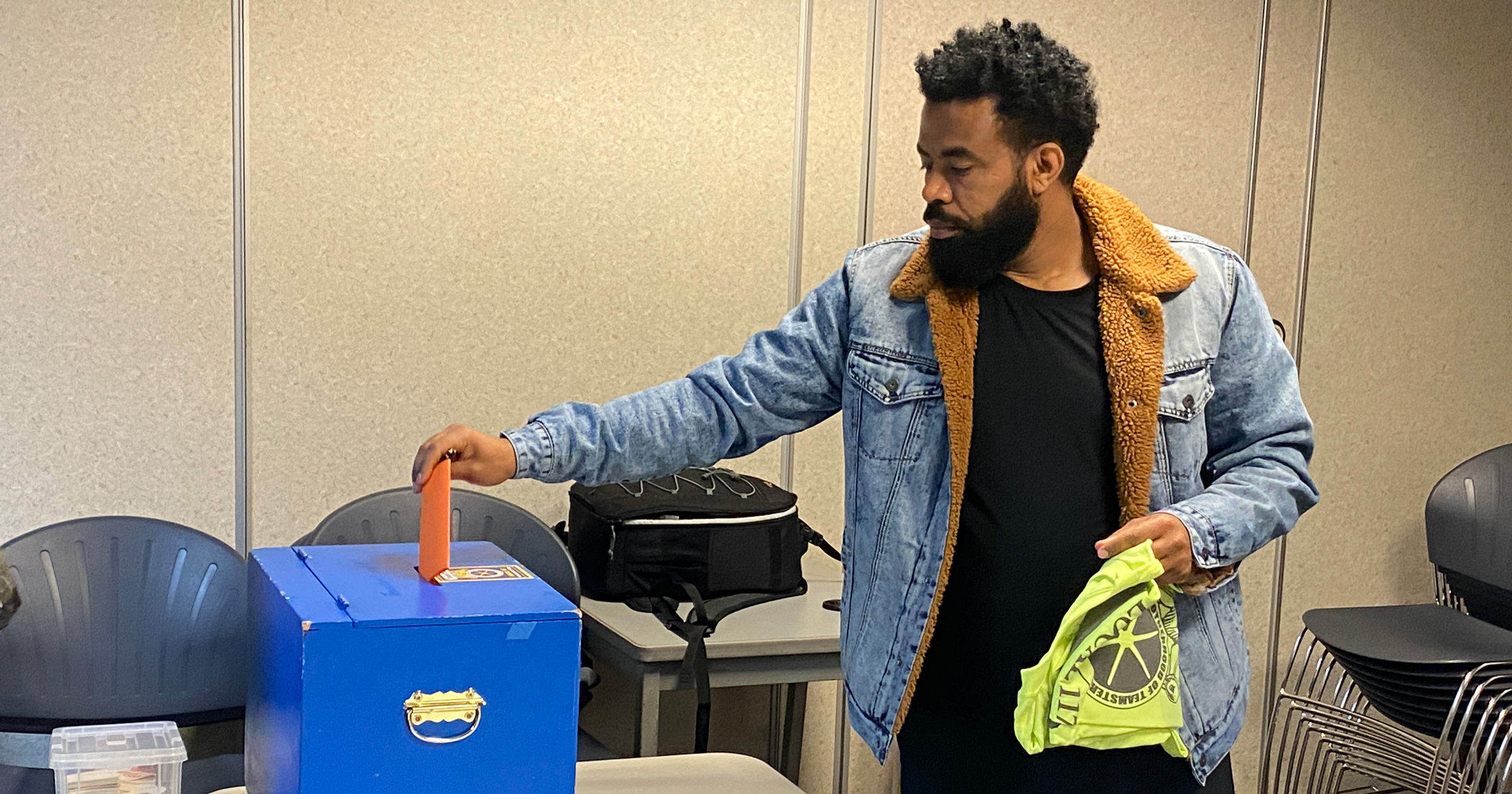 Members take a unanimous strike authorization vote as they fight to defend their livelihoods.

For workers like Limarzi and Krempl, a fair contract means a decent standard of living and security when they retire. It’s not something they’re ready to fold on.

John Scearcy, Secretary-Treasurer of Teamsters 117, said the Union stands with the workers 100%. "A unanimous strike authorization vote should tell the people calling the shots at Trojan Litho that our members are ready to withhold their labor if their hands are forced. These are highly-skilled trades women and men who will be out on the picket line at their Renton facility. This company better be listening,” he said.

"They're not going to shake us.” Limarzi said defiantly. “They came at us wanting to get rid of everything in our contract. They wanted to knock us off kilter. But that's not going to happen."

Sign in with or
Don't have an account? Click here to create one.
Please check your e-mail for a link to activate your account.
Trojan Lithograph Teamsters are united, take unanimous strike authorization vote
Teamsters at Trojan Litho ready to fight as private equity-backed company comes after concessions
TEAMSTERS POWER