Today our union’s legal team presented a powerful closing statement before the arbitrator as we concluded our case for higher compensation for DOC Teamsters in our 2019-2021 contract. 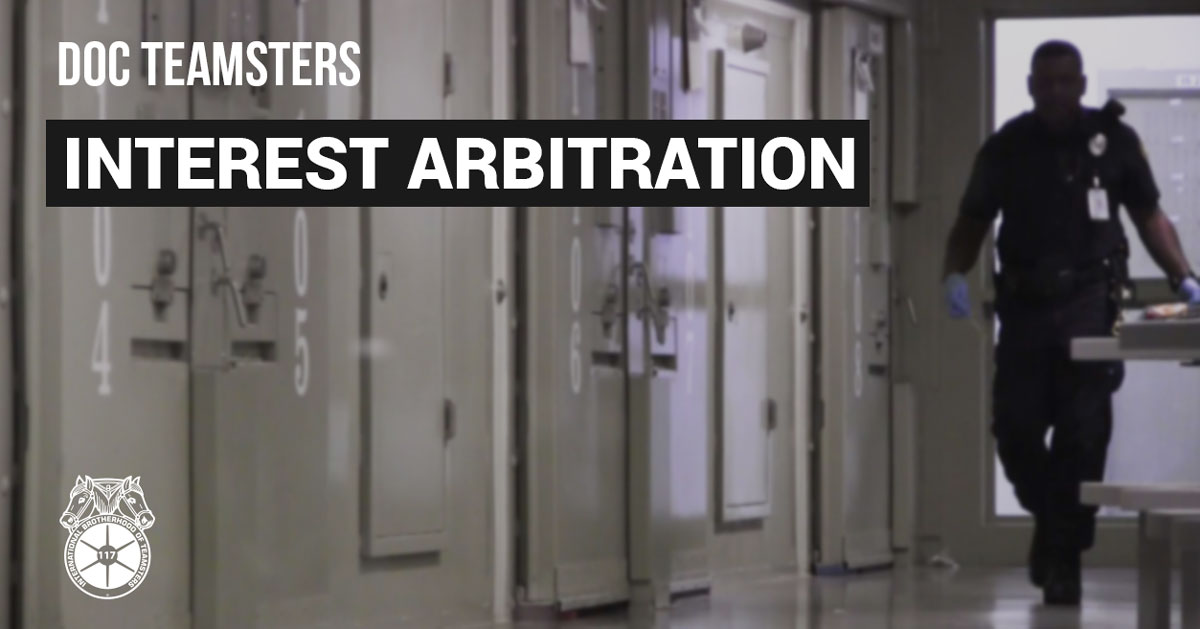 Today our union’s legal team presented a powerful closing statement before the arbitrator as we concluded our case for higher compensation for DOC Teamsters in our 2019-2021 contract.

Our union’s number one priority is a general wage increase for all bargaining unit members that recognizes the challenging and dangerous nature of your work and the critical public safety service you provide to communities across Washington State.

Our case is built on compelling testimony from members who spoke during the arbitration of threats to their families, assaults against staff, high turnover, crushing overtime, and other safety-related concerns that make working inside a prison in our state unique.

In closing, our union attorney summarized our argument:

“The Department, the State, and its citizens benefit every hour of every day that its correctional workers put themselves in harm’s way for the sake of the Department and the public at large, and it cannot continue to be the case that these employees continue to internalize some portion of the cost of the work by being undercompensated.”

Our case is also built on persuasive comparable data presented by a financial expert witness retained by the union. Our witness testified that compensation for Washington State corrections employees is not commensurate with corrections workers in similarly-sized states, counties, and jurisdictions.

The employer tried to dismiss our data at the county level, stating that the DOC is not losing large numbers of employees to the counties. We vigorously contested that position. No matter how you slice the data, members of the bargaining unit are significantly undercompensated. Even the State admitted that your compensation falls well below the comparators.

Still, throughout the hearing, the State clung to its final economic proposal in negotiations. The State’s attorney testified in her closing argument that a general wage increase of 2% in year one and 2% in year two of the contract is “fair and reasonable.” This proposal is grossly inadequate and would not even keep pace with the cost of living. It’s no surprise that the State’s proposal was rejected by 99% of members participating in our recent contract vote.

In contrast, our union's final protected position going into arbitration was an across-the-board general wage increase of 8.5% in year one and 8.5% in year two of the contract, plus a 3.6% cost-of-living increase in each year of the contract. Our position was based on comparable data researched by our financial experts and the current consumer price index.

Our case also showed how profound recruitment and retention difficulties at the Department adversely impact morale, safety, and lead to inordinate amounts of overtime. We presented evidence that the Department has an astounding 8% vacancy rate in CO2 positions alone. In their closing, the State continued to downplay recruitment and retention as a problem.

The arbitrator must issue his decision by no later than October 1 and has indicated that we can expect it to come as early as September 26. As soon as we receive the award, we will publish it on our union’s website with a summary and our analysis. Thank you to the members who took time away from their families to testify during arbitration. Their testimony about the challenges of working in Washington State prisons makes our case for higher wages genuine, compelling, and strong.