Our union team presented the case for higher compensation for DOC Teamsters today in the first day of our interest arbitration hearing with the State. 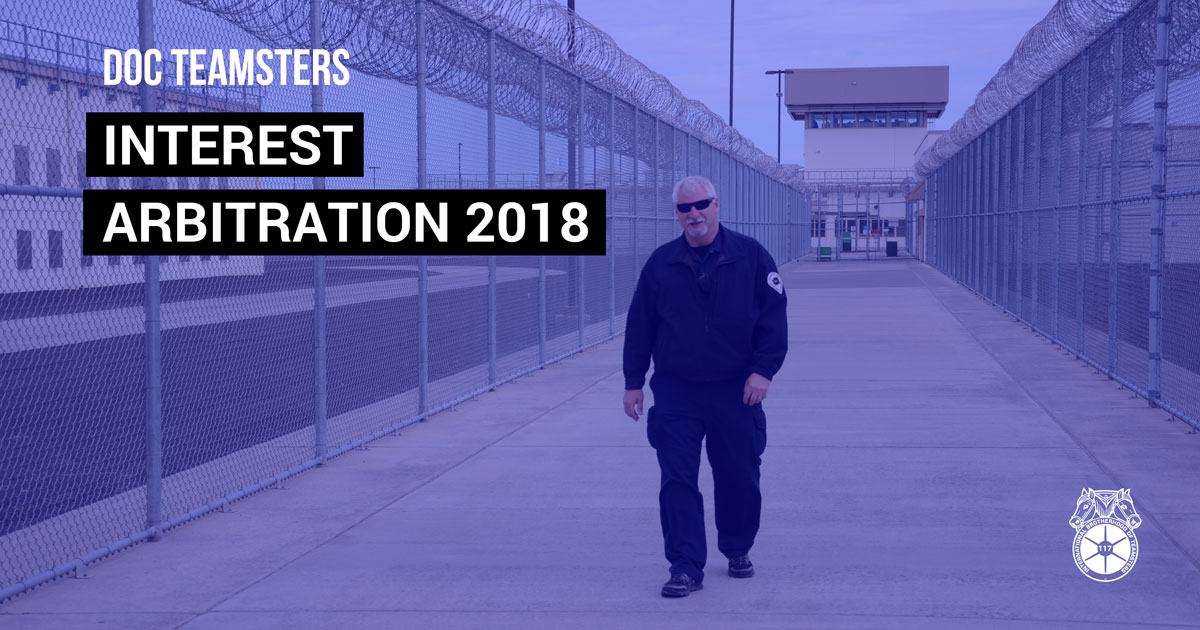 Our union team presented the case for higher compensation for DOC Teamsters today in the first day of our interest arbitration hearing with the State.

The core of our argument is that our corrections members deserve more than the State’s proposal to raise wages by 2% in year one and 2% in year two of our contract. The membership unequivocally rejected that proposal by 98.8% to 1.2% in the recent DOC contract vote.

The results of the vote triggered the interest arbitration clause in our contract. It also sent a powerful message to the arbitrator that the State’s substandard proposal does not come close to recognizing the critical work DOC Teamsters do to serve and protect our communities.

Unfortunately, the State is still not getting the message. They continued to maintain in today’s proceedings that higher wages for DOC are unnecessary and unwarranted.

Our union attorneys countered by laying out our argument for higher wages based on comparables with corrections employees in like jurisdictions. You can view the union’s opening statement here.

We then presented into evidence a 16-minute professionally produced video to give the arbitrator a genuine sense of the true nature of working inside a prison. In the video, nine Local 117 members talk about the stark realities of their jobs and the challenges they face at work.

Much of the rest of the day, Michelle Woodrow, our union’s President and Director of Corrections and Law Enforcement, testified on our initial proposal as we begin to build our case before the arbitrator.

On a positive note, the State has agreed to resolve two outstanding issues. Honor guard members will now be considered part of the specialty team that receives a premium when performing honor guard duties, including training.

For members at WCCW and MCCCW who have been dealing with the staggering amount of overtime for BFOQ positions, we have reached an agreement with the Department to negotiate over staffing levels and other considerations impacting overtime at those facilities.

The interest arbitration hearing is expected to last eight days. We will keep you updated throughout the hearing. Please check your email and look for another update early next week.

View a short video update from the hearing below: