The Superhero Next Door

He is a machine operator by night, but at daybreak his steel-toed boots, the chemical resistant smock, mask, and goggles come off, and he puts on his cape. Now, Halem is on a mission. 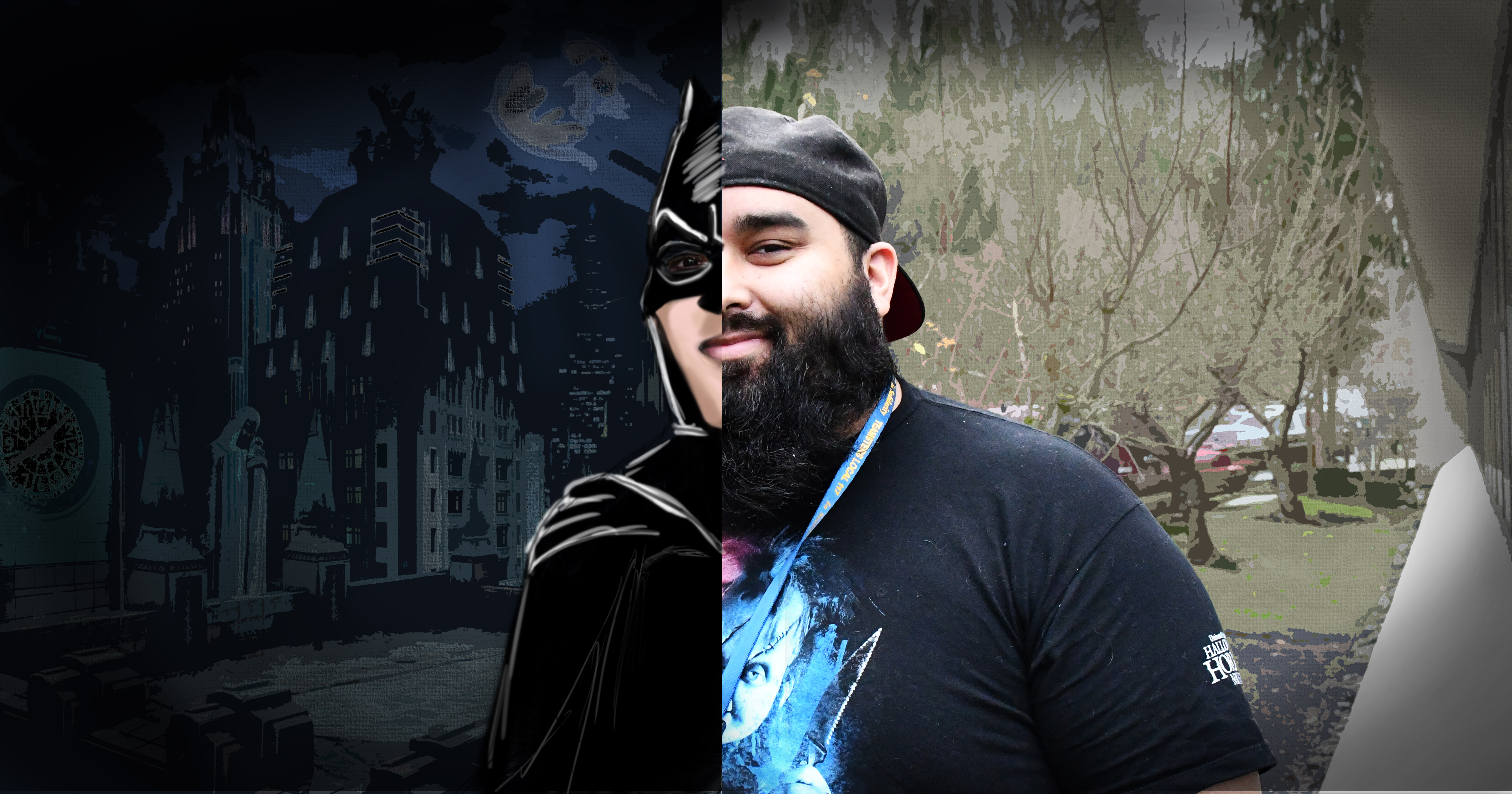 Superheroes have captivated Halem since childhood.

Halem Hasan is a Teamster who works the night shift at Safeway Beverage Plant in Bellevue. A machine operator, he oversees the production of beverages that are shipped to stores across the country. He does that work by night, but at daybreak his steel-toed boots, the chemical resistant smock, mask, and goggles come off, and he puts on his cape. Now, Halem is on a mission. He walks the sunlit streets unnoticed, but the object of his search is always the same: toys.

Halem buys toys in bulk. He walks out of the stores with bags full of superheroes in boxes, complete with little shields, masks, stars, and above all, a dream at heart. When he gets home, he is cautious. His sidekick, his soon-to-be three-year-old daughter Addison -- an aspiring batgirl, mustn’t find out. 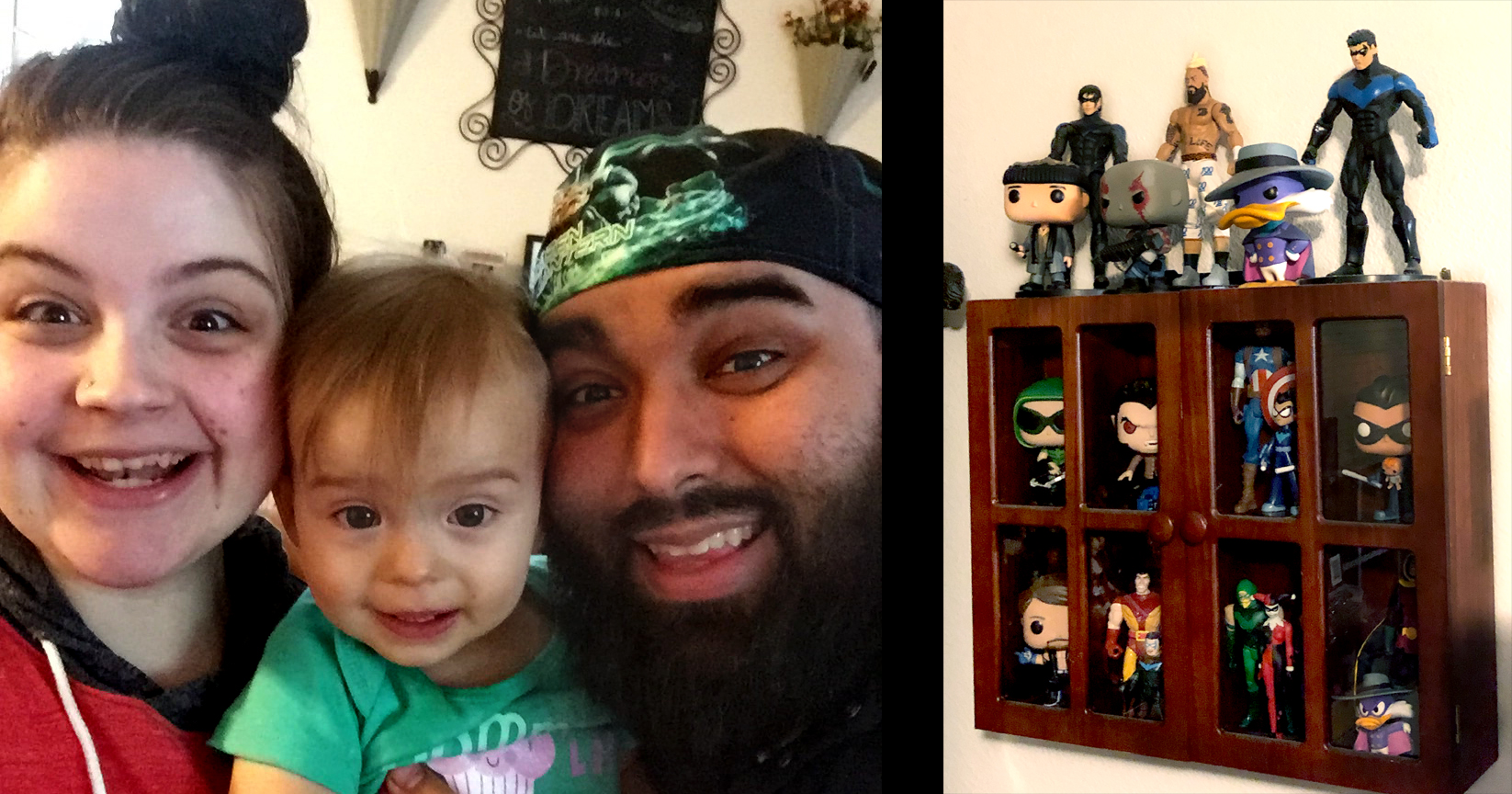 Halem with his family. He has been collecting comic book characters for years.

Every month of the year, Halem buys and puts away toys. In December, he gathers them all into one giant box and donates them to Toys for Tots. Before Safeway, he worked at Toys R Us and took part in the toy drive. That’s when he developed a collector’s taste. Today, Halem remains a toy collector and a devout comic book fan.

"Now, it’s my time to give back to the community this way."

Like every superhero, Halem has a backstory. He was raised by a single mother who struggled but provided the family with the best she could. Toys weren’t high on the priority list. Halem remembers waiting for that special time of the year when he would get gifts through toy donation programs. “We had programs like that for Christmas,” he recollects. “Now, it’s my time to give back to the community this way.” He hopes his daughter will join him on his mission someday. 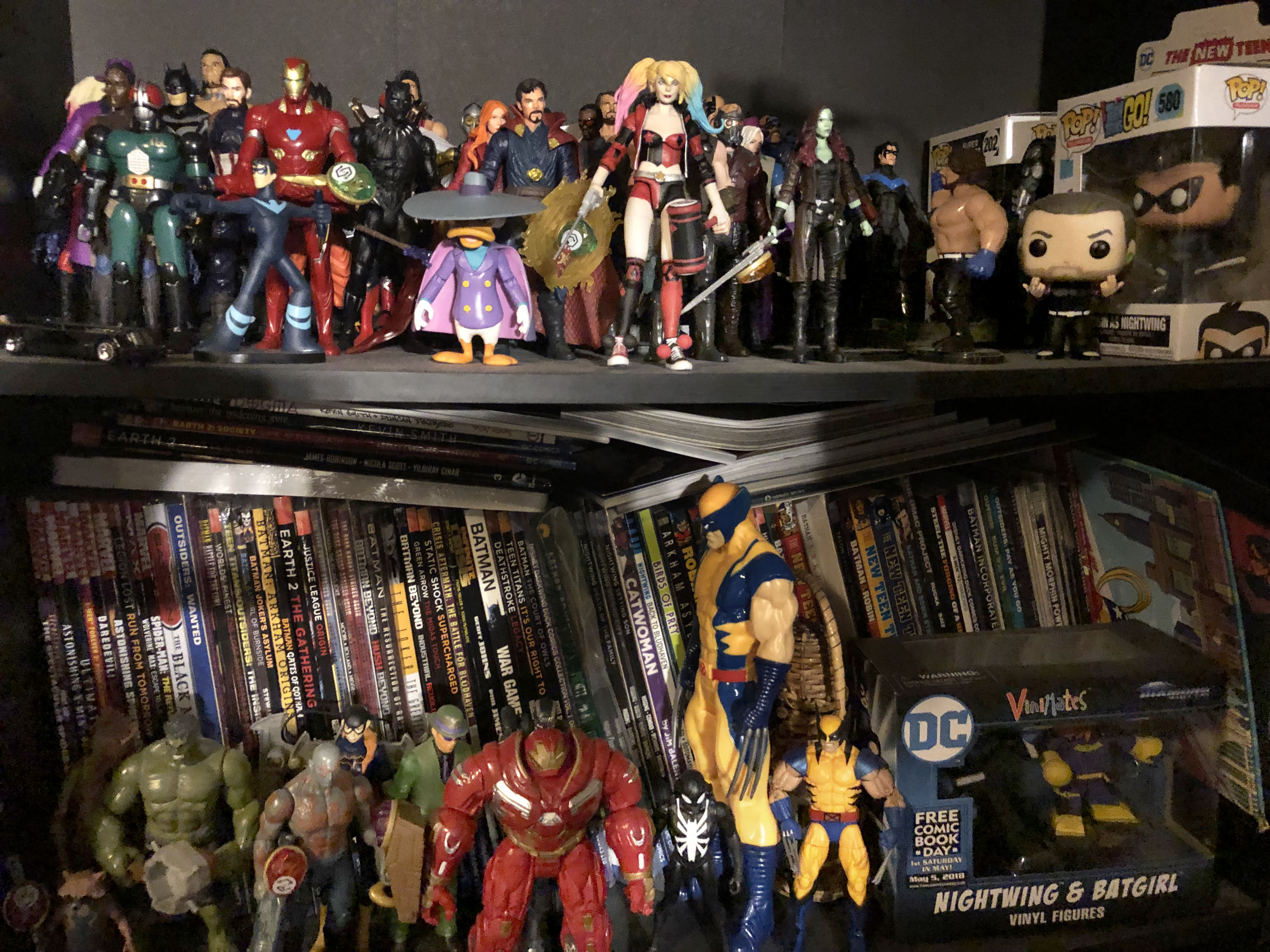 Here is just a small sample of his collection.