Posted by Yulia Issa 65sc on August 28, 2018
Teamsters Take on the Crystal Mountain 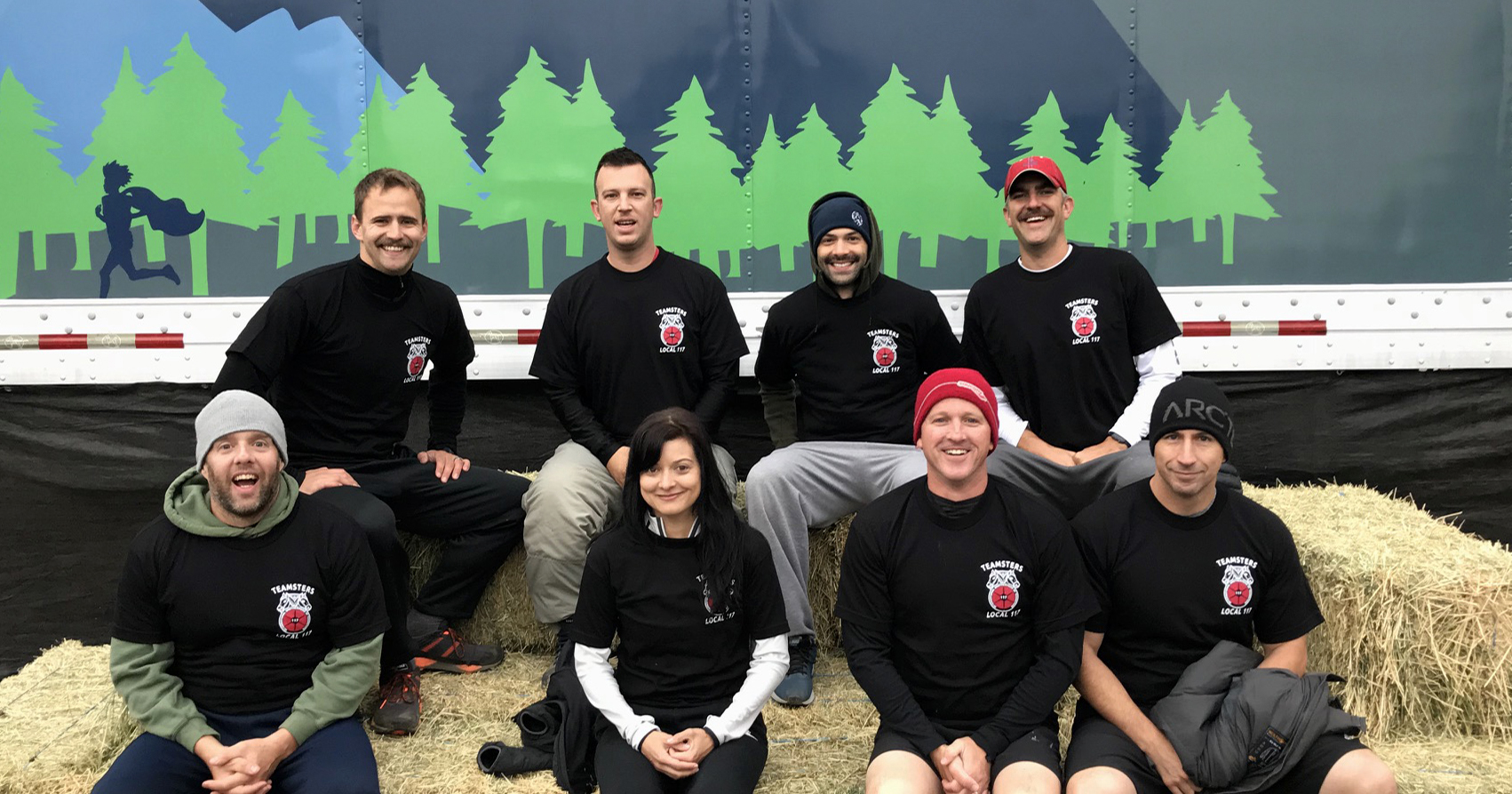 What if you were asked to run 100+ miles up a mountain for two days and through the night? Justin Hamrick, a Local 117 member and police officer at the town of Steilacoom put together a team of eight people to do just that.

There were three Teamsters on this team representing the Steilacoom Police Department. They ran alongside high school officials from Steilacoom, police officers from the City of Lakewood and a National Guard recruiter. This challenging run was a relay race organized by Ragnar.

"It’s just the kind of people I work with — we take the challenge head on."

“Almost every person I approached was eager to join even if they were not running enthusiasts,” shared Hamrick, who was the team captain. “It’s just the kind of people I work with — we take the challenge head on.”

The weather promised to be warm, but on the day of the race the highs were just grazing fifties while nighttime turned a cold shoulder to the runners bringing with it some chilling thirties. Still, the Steilacoom team took it as an opportunity to push harder and come closer together. It was a test of individual will and team spirit. Each participant ended up covering 16 miles of rugged mountainous terrain.

Teamsters supported this race by donating $500 towards the costs, part of which went to local charities including the Leukemia & Lymphoma Society and Girls on the Run.

Hamrick is looking forward to making this a yearly race. “There was a big teambuilding aspect to it. We have a small team and don’t get to spend as much time together.”

From protecting to connecting to feeding our communities, Teamsters run our economy… and an occasional mountain.