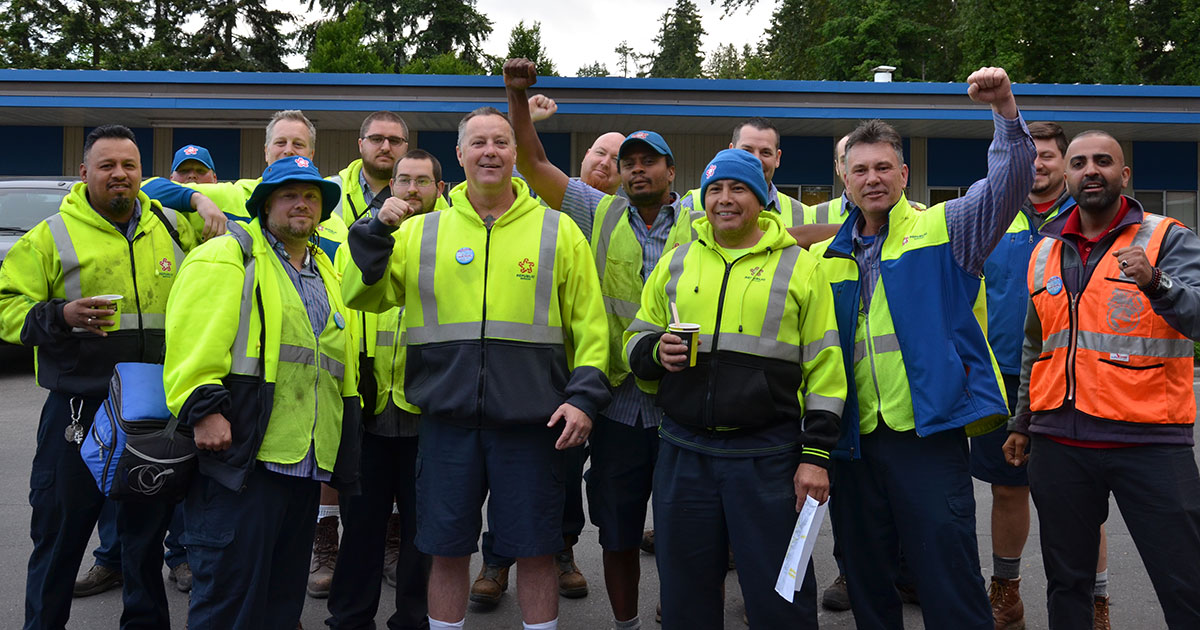 Contract Offer is Subject to Ratification by the Membership; Recycle and Yard Waste Drivers Will Vote on Proposal Soon

The contract proposal is subject to ratification by the membership. Members will have an opportunity to consider and vote on the offer in the next few weeks.

"Recycle and yard waste drivers perform difficult, dangerous work to protect the public health and keep our neighborhoods clean," said John Scearcy, Secretary-Treasurer of Teamsters Local 117 and the lead negotiator for the Union. “We will be bringing our members together soon to discuss this contract proposal and to bring the offer to a vote.”

Secretary-Treasurer Scearcy expressed his gratitude to Chuck Stiles, the Assistant Director of the Solid Waste and Recycle Division at the International Brotherhood of Teamsters. “Chuck was our single source of support from the IBT and he stayed in constant contact during the negotiations from the beginning of our contract campaign.”

Many other Teamsters, union members, community groups, and volunteers also supported the workers during the campaign.

The old contract between the Teamsters and Republic Services expired on May 31, 2017.