Teamsters out walking the floor at UNFI

Posted by Paul Zilly 746sc on March 17, 2017
Teamsters out walking the floor at UNFI 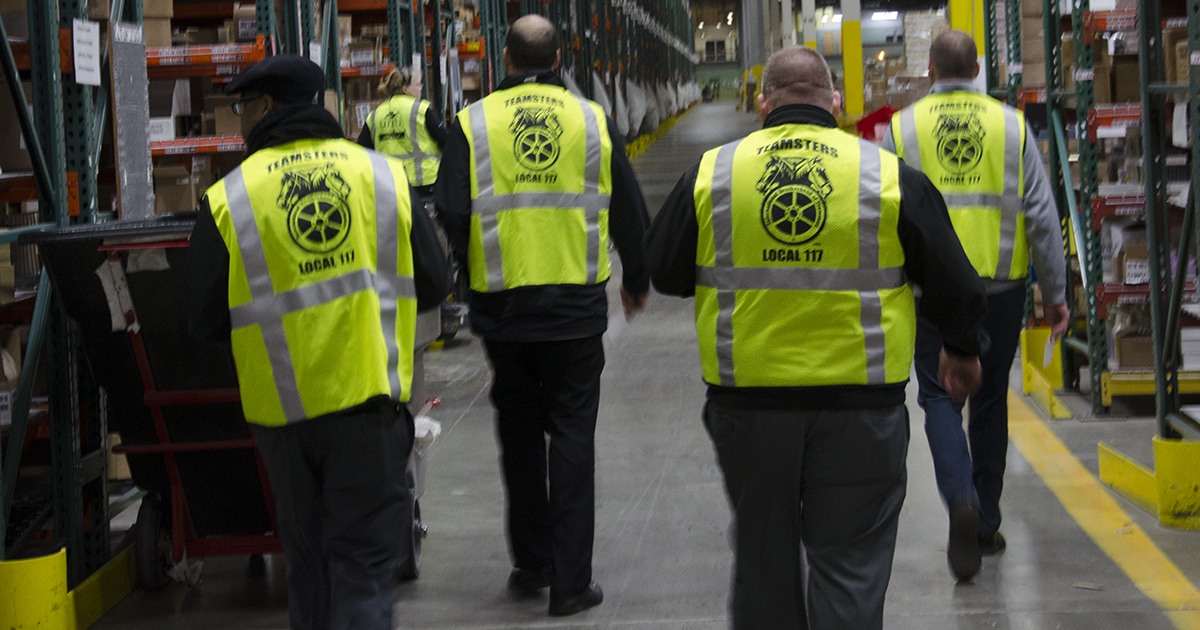 The group was out after last night's quarterly membership meeting to invite members to tomorrow's contract update meeting at the Union hall in Tukwila starting at 12 noon.

Many Teamsters and community members will remember the contentious three-month UNFI strike that took place at the facility in 2012-13.

Five years later, we're back in bargaining with the company again and will be getting into conversations about economics soon.

Our members who work at UNFI need to know that we have their backs no matter how negotiations turn out!