Teamsters gear up for possible strike at Fred Meyer, Safeway

Strike authorization votes at both companies scheduled for this weekend. 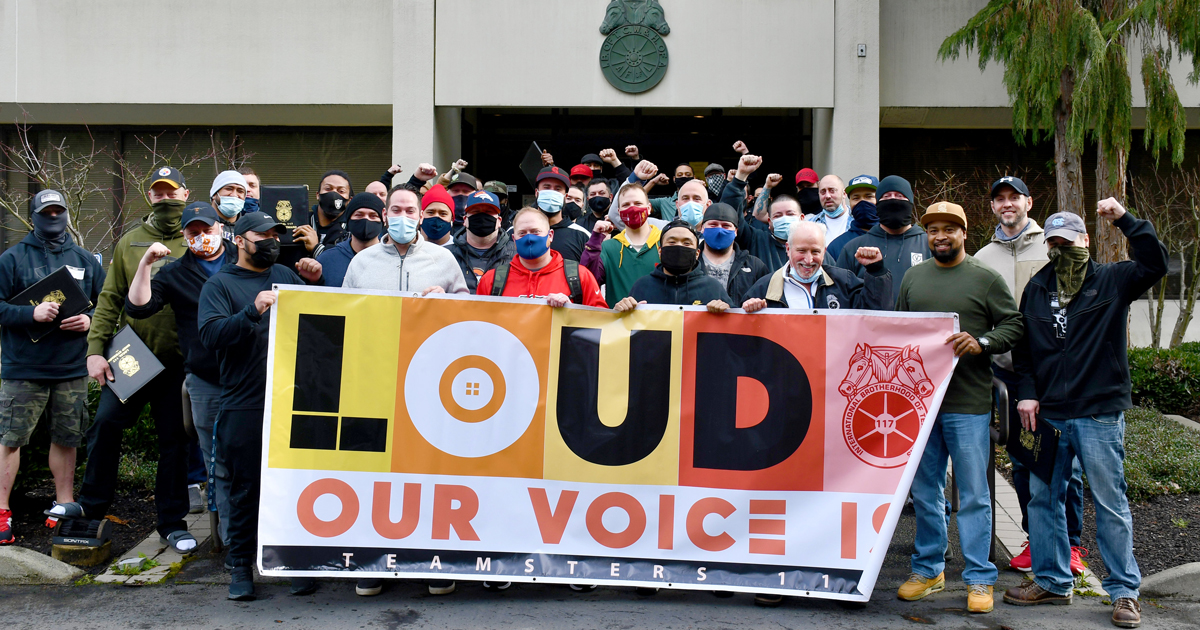 Teamsters warehouse workers and drivers in the grocery industry are prepared to strike to protect their livelihoods.

Teamsters in the grocery industry in Washington State are gearing up for a possible labor dispute. More than 1000 grocery warehouse workers and drivers at Fred Meyer and Safeway will be taking strike authorization votes this weekend. Voting by Teamsters at Fred Meyer will occur throughout the day on Saturday at the company’s distribution center. Unless an acceptable deal is reached with Safeway on the final scheduled date of bargaining on July 15, workers there will vote to authorize a strike at a meeting on Saturday and three meetings on Sunday at the Teamsters Union Hall in Tukwila.

A strike at Fred Meyer or Safeway would lead to major food distribution disruptions at hundreds of grocery stores across the Pacific Northwest. Teamster contracts with Fred Meyer and Safeway are set to expire over the weekend. Once a majority of workers vote to authorize a strike, a labor dispute could occur at any time.

“Our members in the grocery warehouse industry have worked tirelessly throughout the pandemic to make sure grocery shelves in communities across the Pacific Northwest are stocked with food and supplies,” said John Scearcy, Secretary-Treasurer of Teamsters Local 117. “They’ve put themselves and their families’ safety at risk to feed Washington families despite major COVID outbreaks in the workplace.

"It’s inexcusable that both Safeway and Fred Meyer, companies that have seen soaring profits over the last year, are unwilling to recognize the indispensable contributions these essential workers have made for all of us.”

Contract negotiations between Teamsters Local 117 and Fred Meyer and Safeway have been underway throughout the spring and summer with little progress.

“Since the beginning of the pandemic, our warehouse has been hit with numerous COVID outbreaks affecting more than 100 workers and their families,” said Matt Collins, a Shop Steward who believes he contracted COVID-19 in the workplace last year. “Fred Meyer was slow to implement safety procedures that would have protected us, and they pushed us to meet production standards that threatened our safety. It’s no wonder so many of us got sick. Now they’re refusing to honor our work and rejecting the union’s proposal in negotiations that will make our warehouse safer.”

“The pandemic has raised awareness about the enormous value of all essential workers, including workers in the grocery distribution industry,” Scearcy said. “Communities across the Pacific Northwest rely on our members so that they can safely put food on their tables to feed their families. With major grocery corporations like Fred Meyer and Safeway reaping record profits, workers are demanding that they receive a fair share. We are doing everything we can to avoid a strike, but if Fred Meyer or Safeway refuse to honor a workforce that plays such a vital role in our community, our members are prepared to take action.”