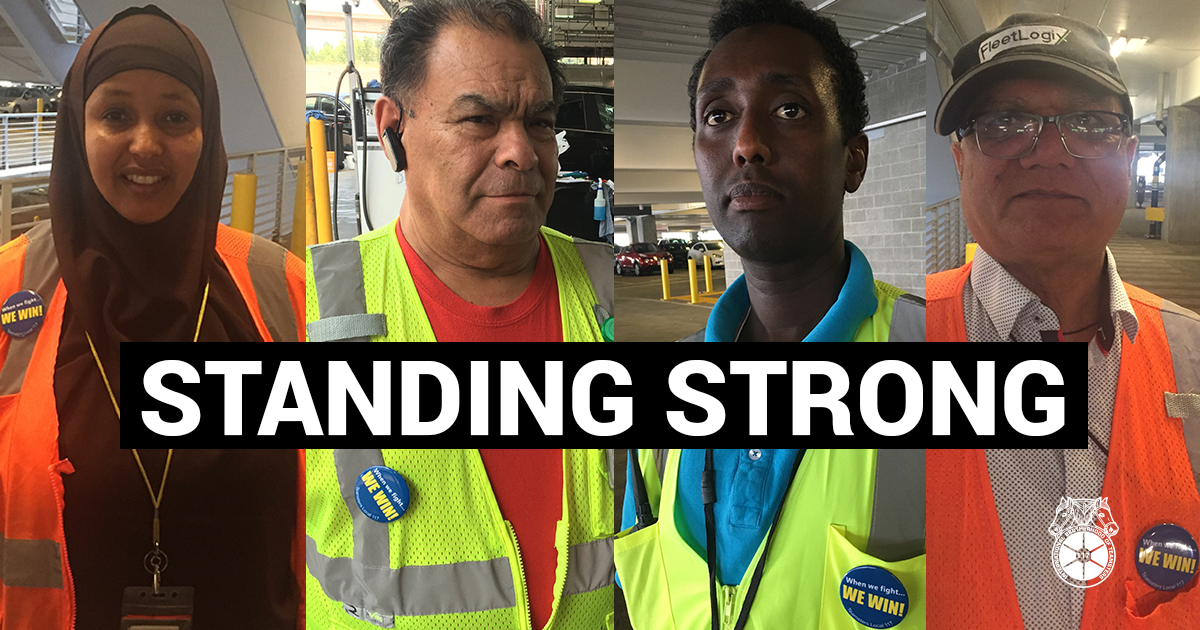 Members who work at Fleetlogix are fighting for a fair contract. (From l to r) Farhia Adam, Macario Espinoza, Hassan Mohamed, Surnder Singh

At the rental car facility that serves Sea-Tac Airport, Teamsters are everywhere you look. We’re booking vehicles going out, and inspecting them as they return. We’re shuttling busloads of travelers to and from the airport. We’re washing and vacuuming cars, and driving them to the rental lots across the street.

One group, our members at Fleetlogix, is in the midst of a tough contract fight. They spend their workdays transporting vehicles around the facility and the region, north to Everett and south to Tacoma, for the Avis Budget Group.  These members have been working without a contract since the middle of March as their employer continues to make substandard proposals at the bargaining table.

“We need to stand up for our co-workers and our community,” said Hassan Mohamed, who joined the group just a few months ago. Mohamed is studying business administration at Bellevue College and uses his hard-earned wages to help pay for school.

Today, member leaders and staff were passing out buttons to all members, on all shifts to demonstrate solidarity before upcoming contract negotiations on August 10.

The buttons bearing the When we fight, we win! tagline were visible throughout the facility, proudly displayed on members’ orange and yellow safety vests. “We are the ones out in the heat doing the work,” Mohamed said. “They need to respect us.”

With so many Teamsters serving customers at the rental car facility, members from other groups have offered their support if Fleetlogix is unwilling to reach an acceptable settlement in bargaining.

In the meantime, the company’s 130 Teamsters are standing strong, united in their efforts to achieve a contract that improves their working conditions and their lives.