Teamsters at the Safeway Dairy Plant Vote Unanimously to Authorize a Strike!

Posted by Paul Zilly 746sc on October 24, 2019
Teamsters at the Safeway Dairy Plant Vote Unanimously to Authorize a Strike! 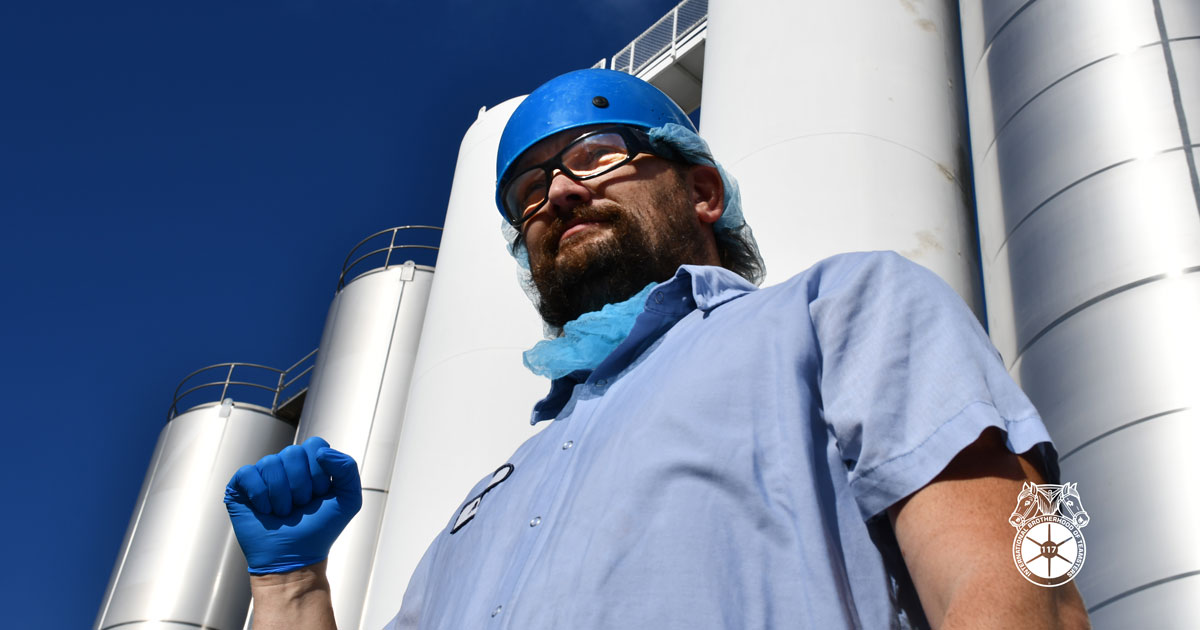 Shop Steward Andy Peterson and his co-workers at the Safeway Dairy plant are ready to strike.

It's unanimous. Teamsters 117 members who work at the Safeway Dairy plant in Bellevue have voted to authorize a strike. Members took the strike authorization vote after a contract update meeting at our Teamsters Union hall in Tukwila on Sunday.

The vote comes after the employer made a number of substandard proposals in negotiations failing to recognize the hard work and sacrifices of their employees. Teamsters at the plant have worked hundreds of hours of overtime over the last year to help keep the facility operating and profitable.

"A lot of people are really pissed off," said Matt Lewis, a 28-year employee and member of our union negotiations team. "We've all given so much to this company. We're here almost every weekend. A lot of us have doubled the number of hours we've worked.  We're giving everything we can to make sure this place is successful. And for management not to recognize that has been really hard on everybody."

"We're giving everything we can to make sure this place is successful."

One of the major sticking points in negotiations has been health care for retirees. Our members want to make sure retirees have access to affordable health care, while the company has been unwilling to provide it.

In the last negotiations session, the company admitted the reason for skimping on medical coverage for retirees: They don't want to provide decent benefits because they don't want to see their senior employees retire. This infuriated the union committee.

"It's a slap in the face," said Shop Steward Andy Petersen, who also serves on the Union negotiations committee. "A lot of guys are eligible to retire, but medical's a big part, and they can't afford it. If the company truly values their employees like they say they do, health care should be a top priority."

With negotiations scheduled for the end of the month, members are gearing up for a strike, if necessary.

"If the company isn't prepared to bargain an equitable contract, our members are ready to strike," said John Scearcy, Secretary-Treasurer of Teamsters 117. "These employees have made tremendous sacrifices to make sure the plant is profitable. The company needs to recognize that."