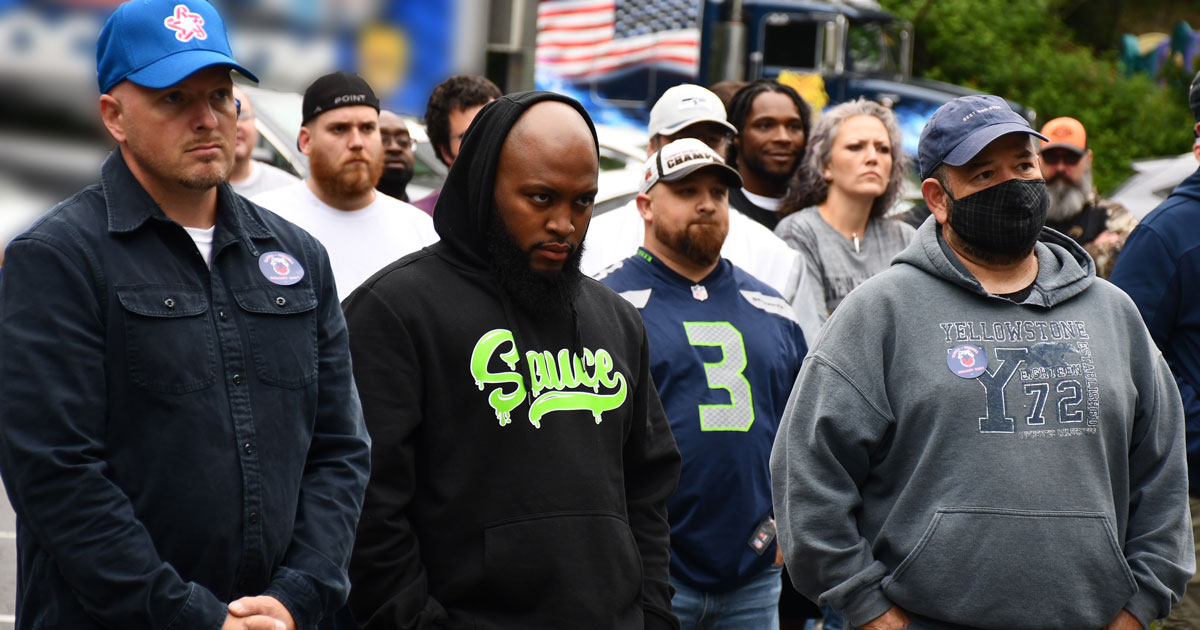 A group of 130 Teamster yard waste and recycle drivers, employed by Republic Services, voted unanimously to authorize a strike on Saturday. The strike authorization vote took place at an outdoor meeting in the parking lot of the Teamsters Union hall in Tukwila. The Republic employees were joined by over a hundred yard waste and recycle drivers for Waste Management who voted unanimously to ratify a fully recommended contract proposal.

“Republic Services is putting dozens of communities across our region at risk of possible service disruptions to recycle and yard waste pick up,” said John Scearcy, Secretary-Treasurer of Teamsters Local 117. “While Waste Management worked constructively with the union to rectify longstanding inequities impacting its employees, Republic Services continues to devalue its essential drivers who have been working on the frontlines throughout this pandemic.”

The central issue in both the Republic and Waste Management negotiations has been the significant disparity in overall compensation between the garbage haulers and the recycle and yard waste drivers. Waste Management offered a proposal that achieved equity for all of its drivers. Republic Services has rejected the drivers’ call for equity. 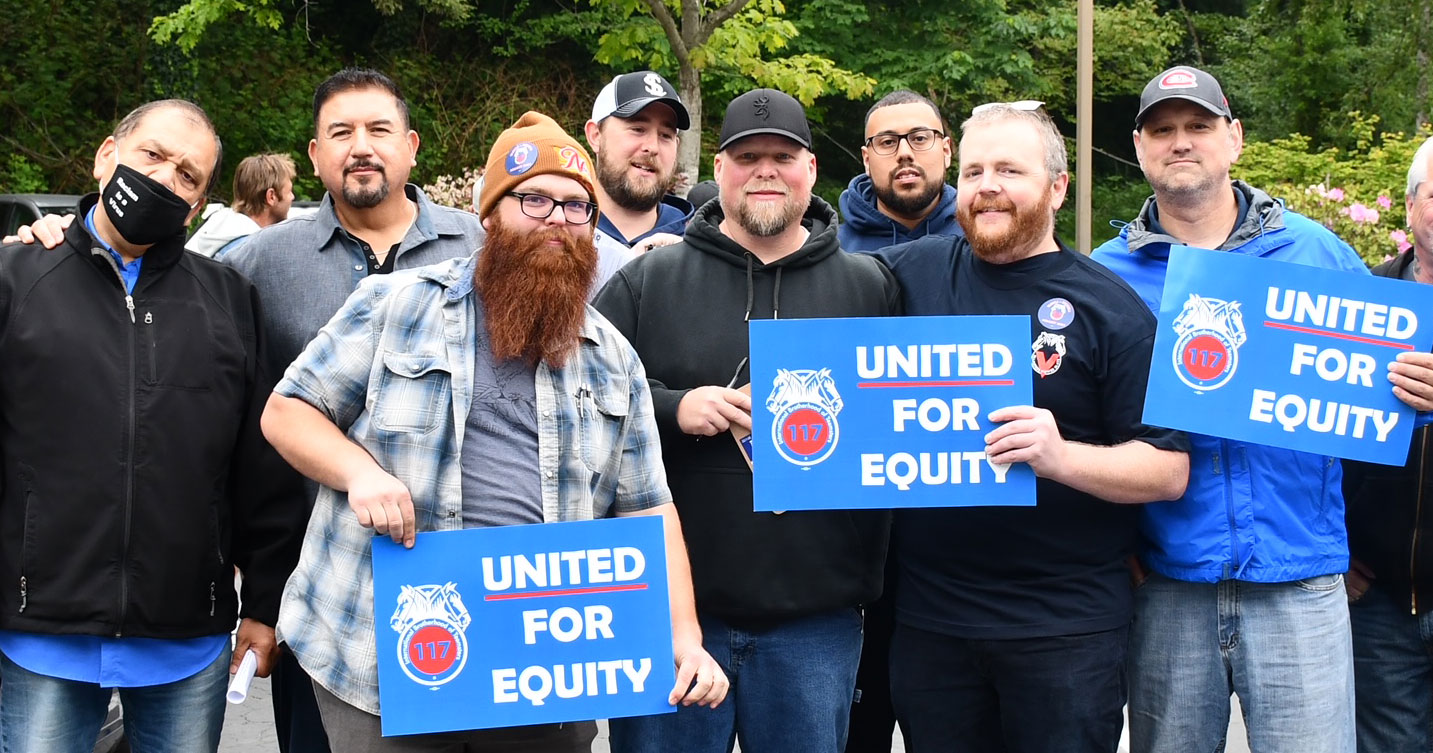 “We drive the same trucks, do the same physically demanding work, yet have less in wages, healthcare, and retirement,” said Margarito Gonzalez, who has worked in the solid waste industry for 45 years.

“Republic somehow found a way to pay its CEO $110 million over the last four years, yet we have to scratch and kick for pennies. The right thing for them to do is to make sure our pay is on par with our co-workers.”

Work in the solid waste industry ranks as the 5th most dangerous job in the country. Between 70-90 sanitation workers die on the job annually. Despite the dangers of the job, Republic Services has been slow to protect its workers during the pandemic. The International Brotherhood of Teamsters has received widespread reports of a lack of PPE that Republic workers desperately need, like puncture proof gloves, face masks, protective eye wear, and face shields.

“We’ve worked straight through the pandemic,” said Troy McIntyre, a residential recycle driver who dispatches out of Republic Services’ Bellevue depot. “At the beginning, we didn’t know whether it was safe to handle the material or whether we should even wear a mask. Nobody told us anything, they just told us to get the job done.” 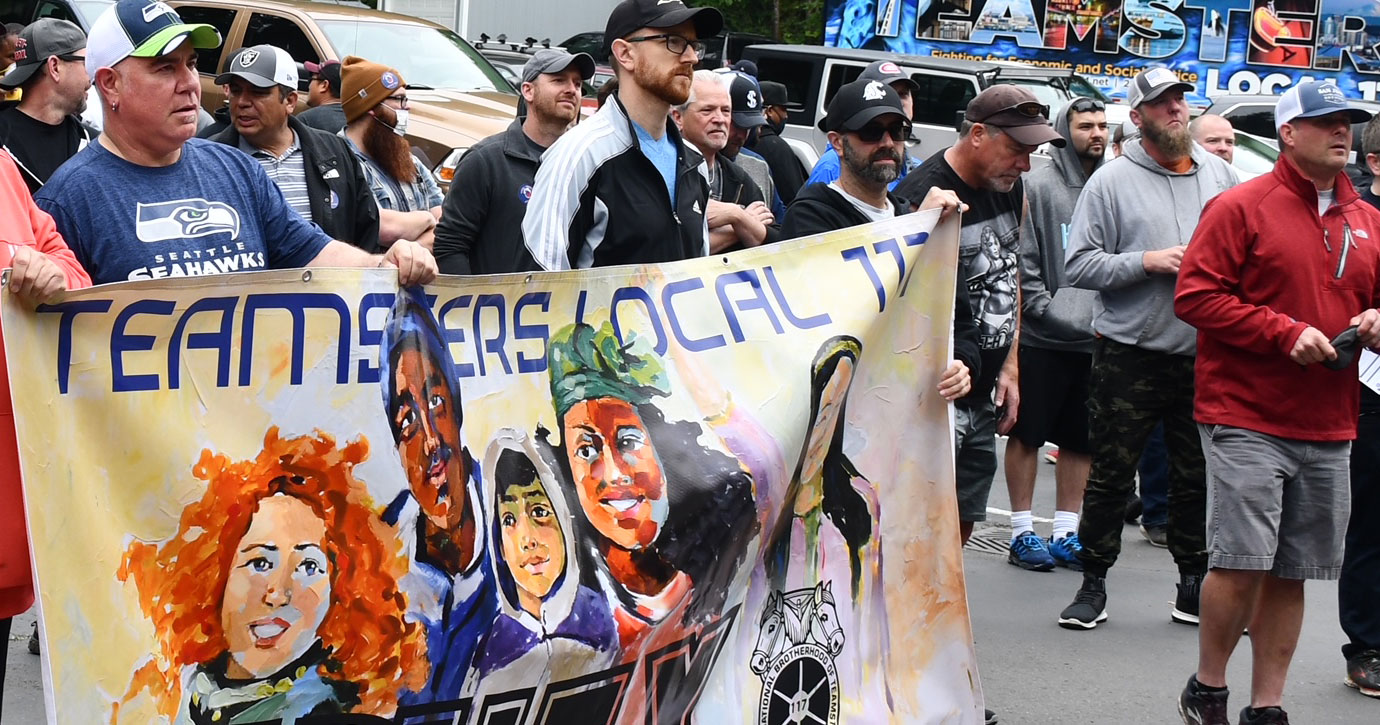