Teamsters at Fred Meyer Vote Unanimously (335-0!) to Authorize a Strike 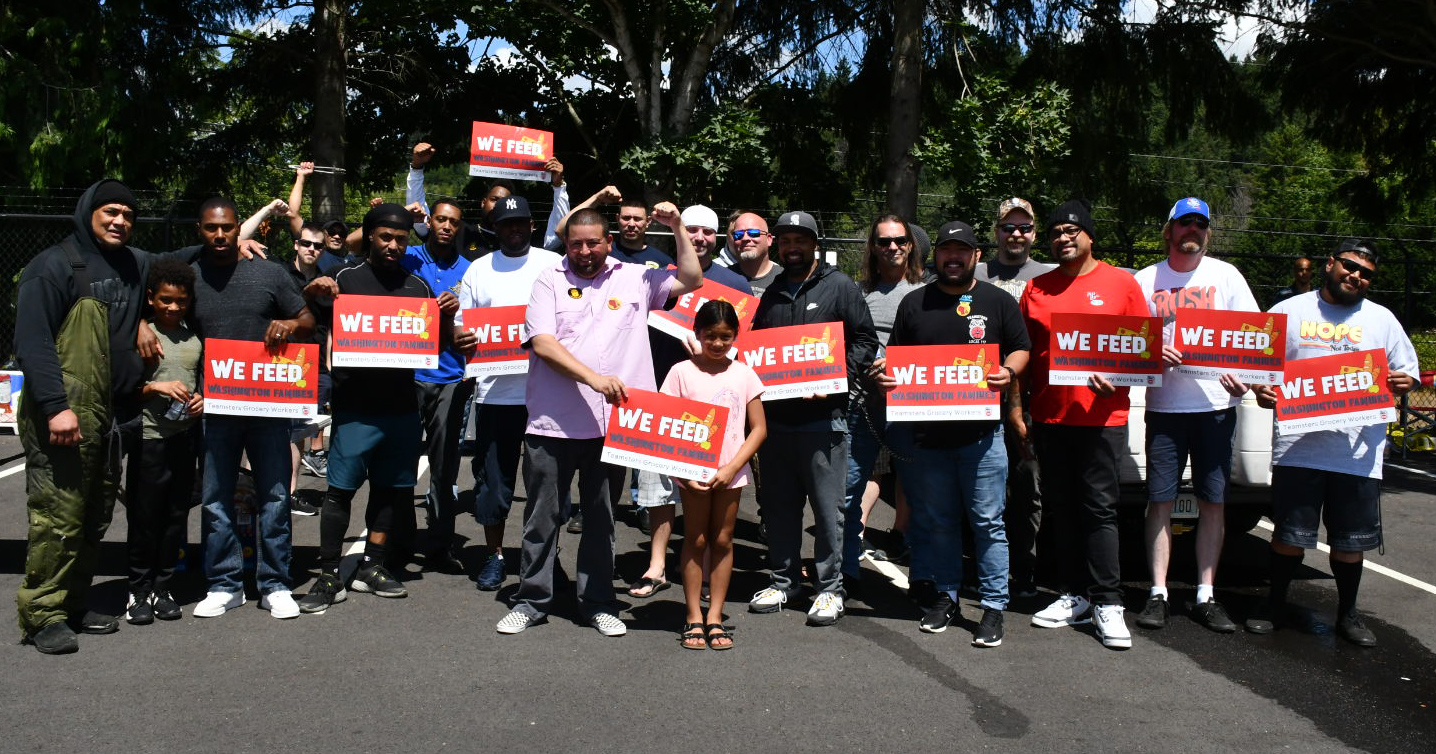 Teamsters at Fred Meyer demand safety for workers and the public and respect for essential workers.

Teamsters Local 117 warehouse workers at Fred Meyer voted unanimously to authorize a strike on Saturday setting the stage for possible food distribution disruptions at 180 grocery stores across Washington, Idaho, Oregon, and Alaska. The vote was unanimous (335-0), despite a notice posted by the Company in the lunchroom pressuring workers to vote no.

The approval to authorize a strike at Fred Meyer comes a day after the Union reached a fully-recommended tentative agreement with Safeway over a 3-year contract. Teamster drivers, represented by Local 174, planned to vote on the agreement on Saturday; warehouse workers at Safeway, who are represented by Teamsters 117, will vote on the proposal on Sunday.

“We are happy to see that Safeway put forth a fair contract offer that our members will be voting on tomorrow,” said John Scearcy, Secretary-Treasurer of Teamsters Local 117. "Unfortunately, Fred Meyer continues to ignore our concerns for the safety of workers and the public.

The Company pays lip service to the importance of essential workers but is unwilling to make proposals that honor the sacrifices and indispensable contributions these workers have made throughout the pandemic.”

Contract negotiations between Teamsters Local 117 and Fred Meyer have been underway with little progress. The contract between the Union and the Company is set to expire on Sunday, July 18. With workers having voted to authorize a strike today, a work stoppage could be called by the Union as early as 12:01 a.m. Monday morning.

“With all the COVID outbreaks that wreaked havoc on the warehouse, you’d think they’d be a little more concerned about our safety and the safety of the public,” said Matt Collins, a Shop Steward who believes he contracted COVID-19 in the workplace last year. “But, sadly, that’s not the case. Fred Meyer ignored our petition to lower production standard, which led to crowded aisles and people getting sick, and they suspended safety meetings during the worst parts of the pandemic. Now they’re inexplicably rejecting our proposal that would make conditions safer for workers and the community.”

Teamsters Union Representatives met with Fred Meyer numerous times throughout the pandemic to demand they take more aggressive steps to address COVID outbreaks, but the Company was slow to respond. Fred Meyer rejected a proposal outright that would have given workers the ability to refuse to complete a task if they reasonably believed it would put themselves or the public in danger.\

“Fred Meyer has reaped enormous profits off the backs of these workers throughout the pandemic,” Scearcy said. “More than a hundred Teamsters at the Puyallup facility alone believe they contracted COVID in the workplace, and they brought the disease home to their families. They’ve worked their tails off to meet community demand. It’s time for Fred Meyer to make a good-faith effort to negotiate a contract that honors the extraordinary sacrifices these workers have made for all of us. If they refuse, we are ready to strike.”