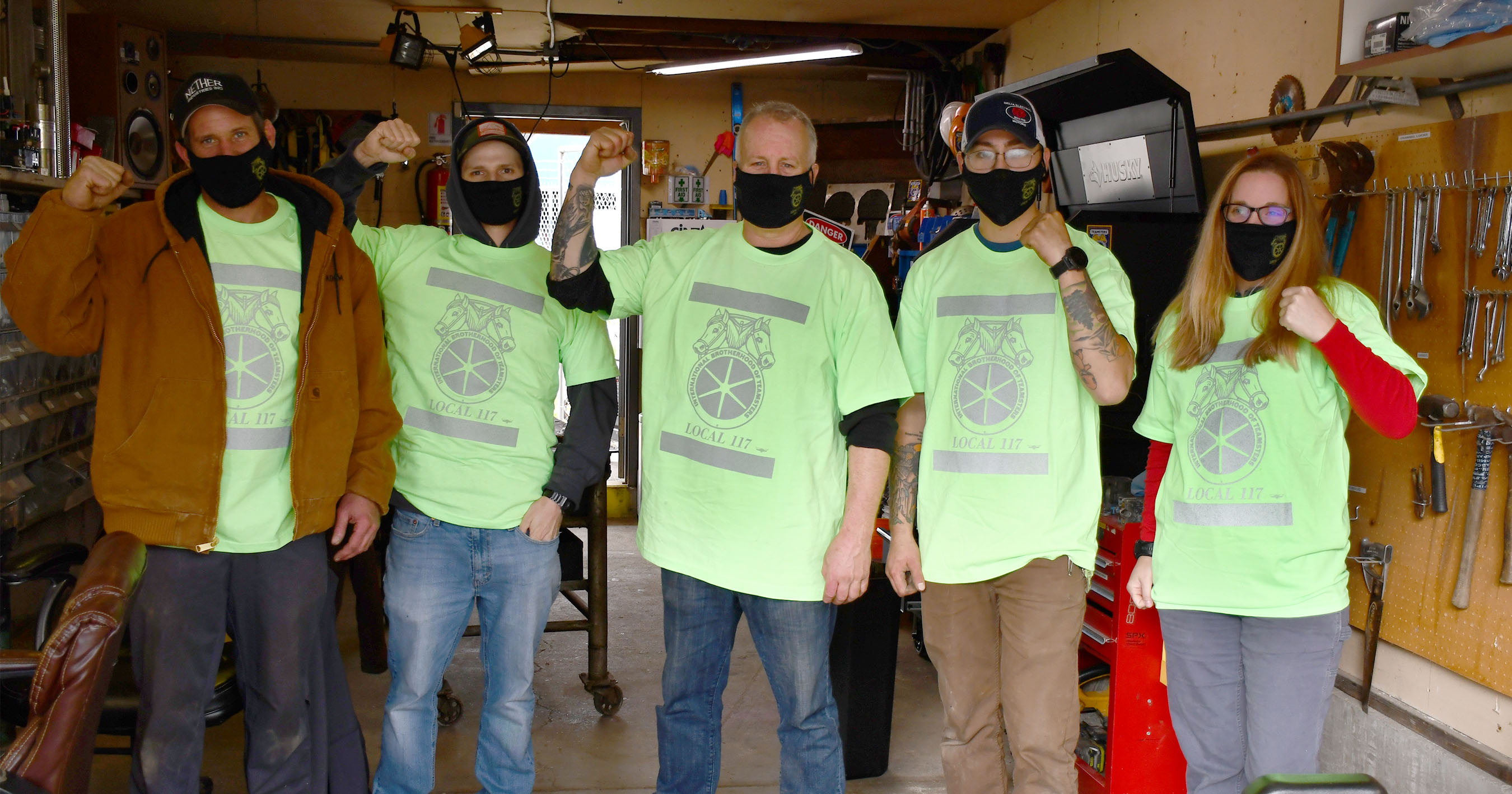 The Teamsters crew at Fleischmann's, who authorized a strike earlier this year, unanimously ratify a new contract.

Trucks arrive at Fleischmann’s Vinegar in Sumner loaded with barrels of apple juice and ethanol, and they leave laden with vinegar and hard cider. Sharp, sweet and slightly corrosive scent permeates the facility and seeps in between the enormous wooden tanks in the yard where vinegar undergoes the fermentation process. “This tank was made in 1912,” says Caleb Guzman-Wolfe as he tightens the metal binding holding the planks together. “This wood is the best, it’s not even lined on the inside.” 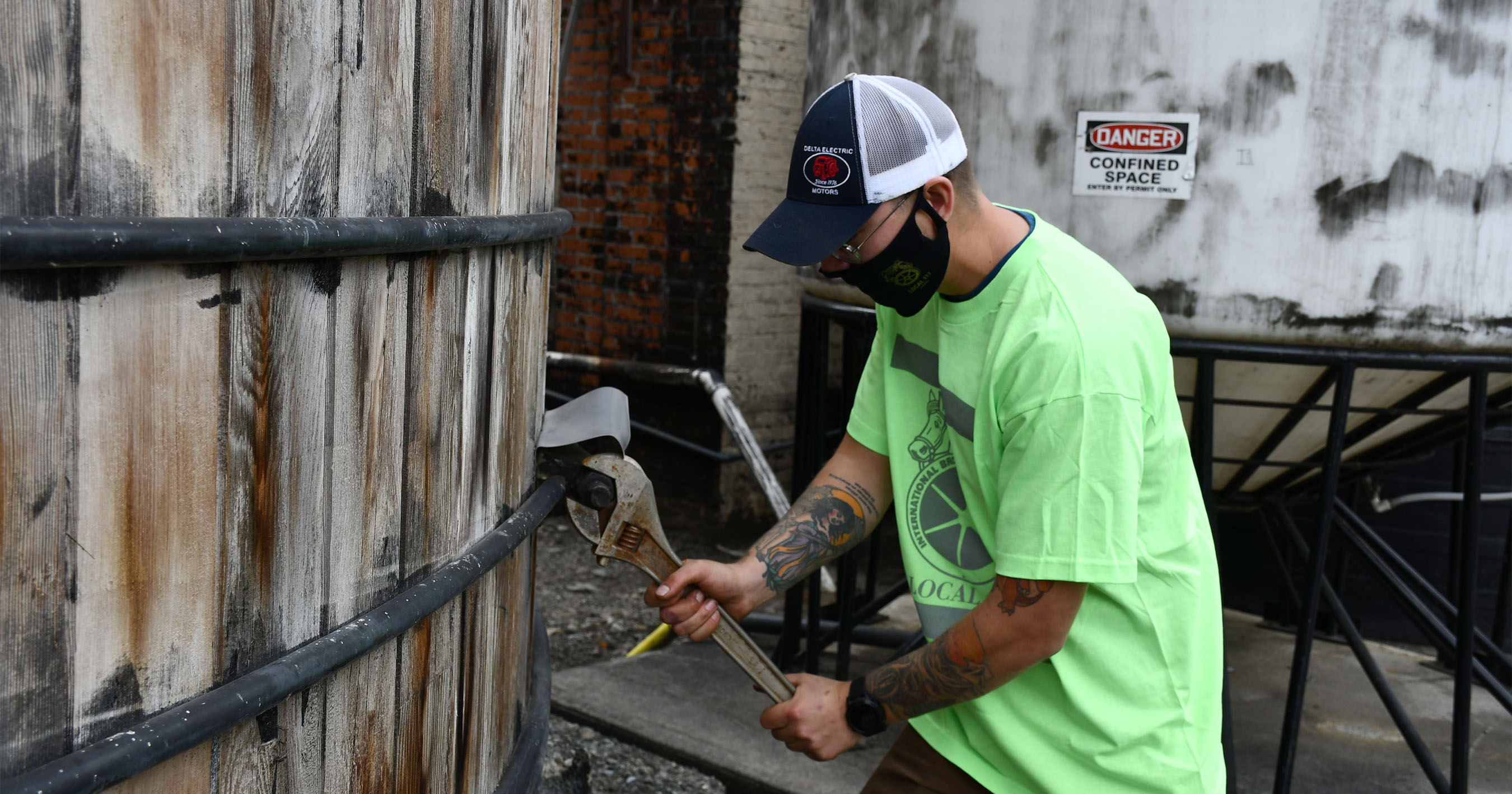 Caleb Guzman-Wolfe is taking care of a vinegar tank whose wood is over a century old.

Caleb is one of five Teamsters who walk the entire vinegar production process from raw materials to the finished product. They help load and unload the trucks and hover their heads above tanks of concentrated liquid so acidic your eyes will water and your breath will choke just from looking at it. They set up titration processes to monitor the quality of their product and supervise the manufacturing system through automation programs on their screen. With fire and chemical warning signs everywhere, the craft of vinegar making is as physically taxing as it is demanding of skill and knowledge. 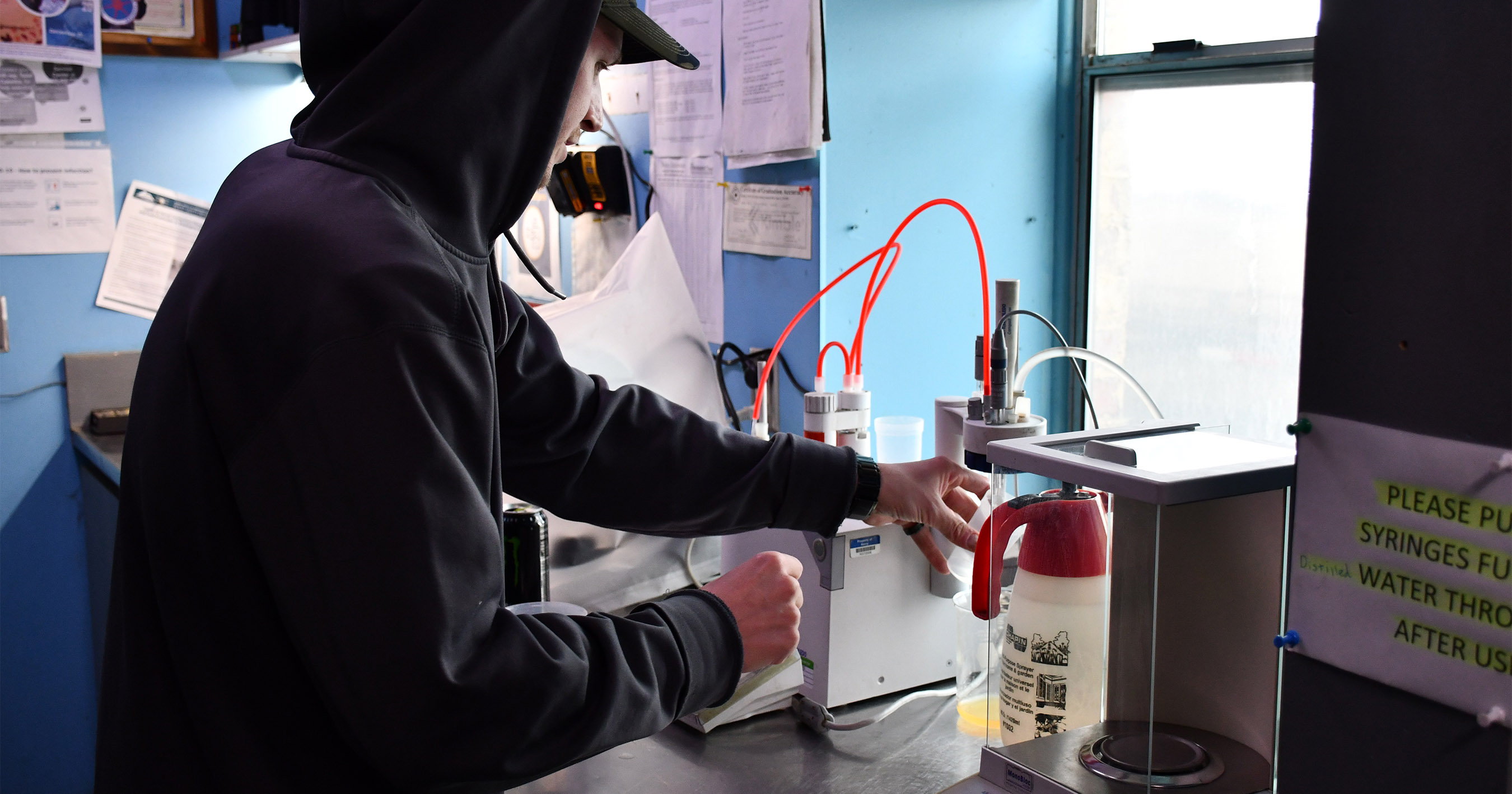 The craft of vinegar making includes understanding of chemical processes as well as physical toughness.

During months of the pandemic, the demand on their product skyrocketed, and the small team has been churning out orders routinely putting in 60-hour weeks. These essential workers are responsible for the biggest Fleischmann’s vinegar production across the country.  For Kerry Group, the food company that had acquired Fleischmann’s in 2018, this did not go unnoticed as they are planning on expanding the facility in Sumner and hiring a bigger crew. Yet, for Teamsters working there it felt different since their contract expired a year ago.

In February, the team has taken a unanimous strike authorization vote to get the company to bargain in good faith, but COVID-19 outbreak threw in a curveball. With travel suspended, negotiations stalled. Then came the months of uncertainty, daily risk of contracting the disease, long hours and ever-increasing demand on their skilled craft. 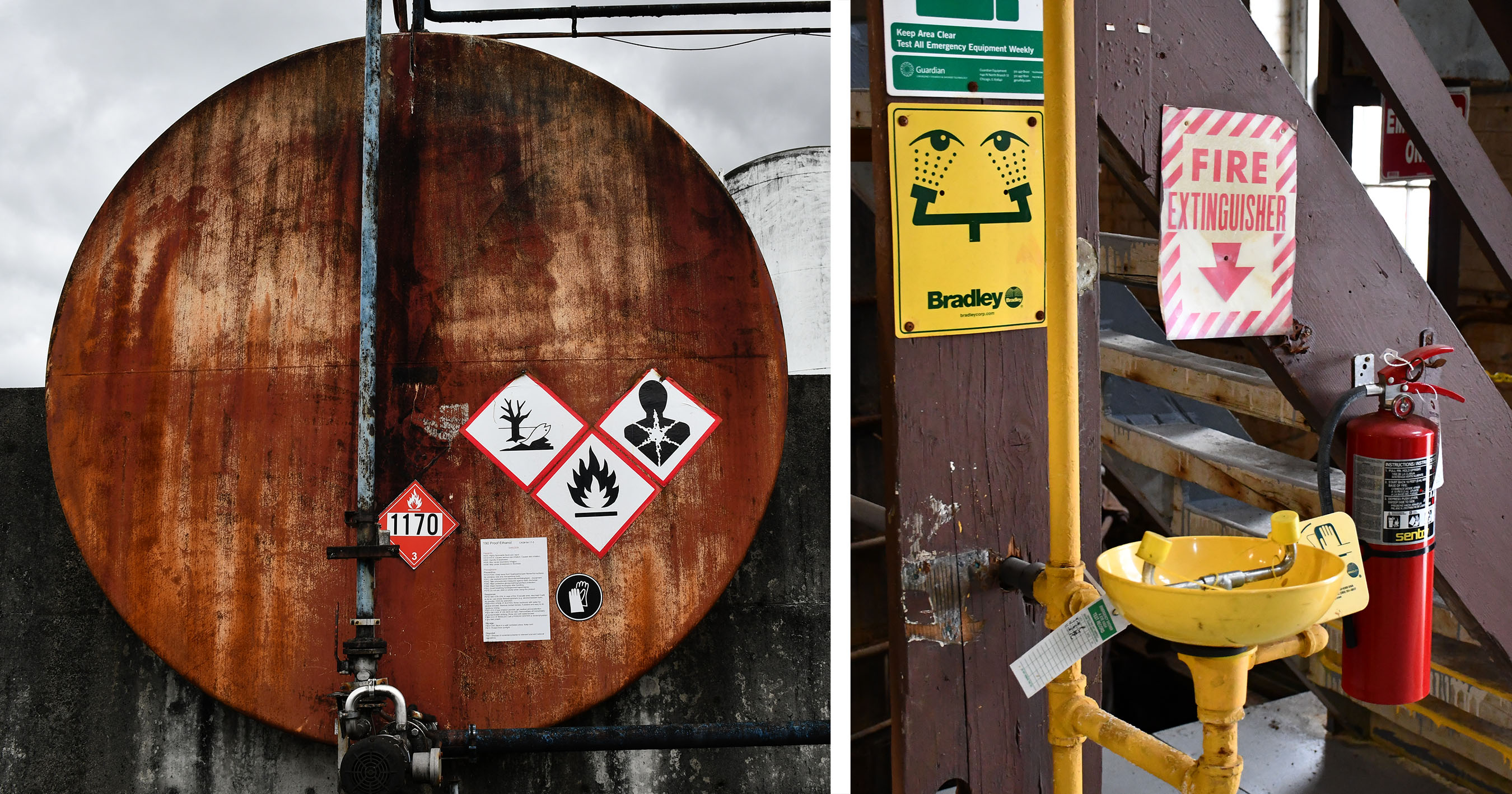 Kelly Group, Fleischmann's parent company, needs to respect Teamsters who are working with dangerous chemicals every day in a global pandemic.

After a long fight, negotiations came to fruition last week. They fought back takeaways, increased their pension, and will receive a sign on bonus. “We wanted the company to come to the table and present us with a fair proposal. In the time of a pandemic, we need to protect our pension,” said Adam Connolly, a maintenance mechanic and a shop steward at Fleischmann’s. 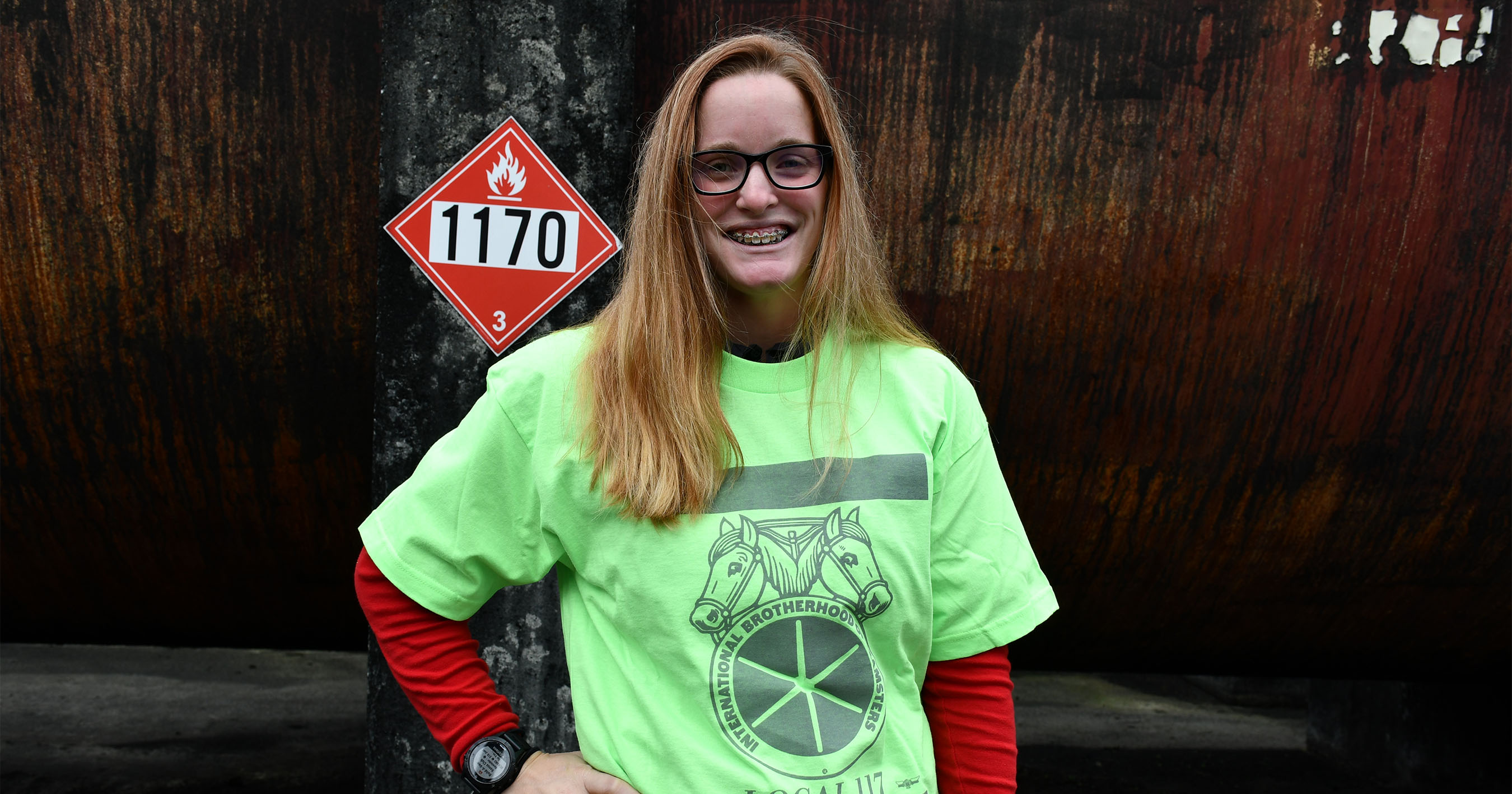 Teamsters at Fleischmann's ratified the contract unanimously. For Aliasha Collins, the newest member of the crew having a strong contract was essential. As she puts on her work gear readying for the shift, her four young children are at home doing schoolwork with their dad. The pandemic has left her as the sole breadwinner for her family, so she celebrates with her co-workers the increase in wages and a fair healthcare coverage. "With all the headache and hard work we've put into this contract, we are pretty happy with it,” said Scott Holdman, a Teamster of two years. "I can't imagine dealing with this company without union support."