Teamsters at Aluma March on the Boss, Demand a Raise 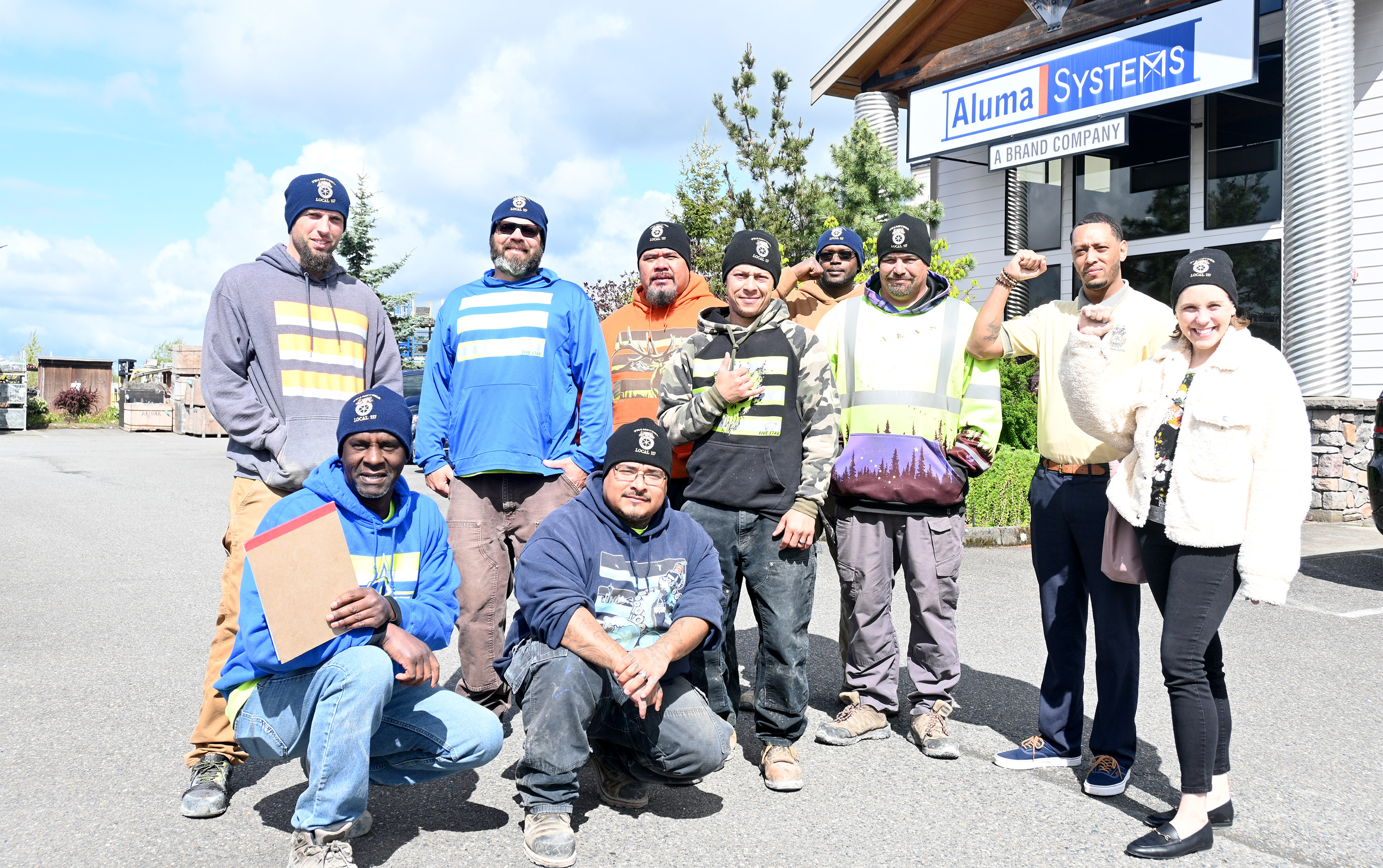 Aluma Teamsters gather in front of the office building after marching on the boss.

Last week at Aluma Systems, metal workers took off their hard hats, shook off the dust, put on their Teamster beanies and went out of the yard stacked sky-high with metal rods and bars. They walked into the modern office building and up the stairs straight into facility manager’s office. On his desk, they placed a hand-written petition which each one of the workers at Aluma has signed.

Enough is enough. They were demanding a raise.

The decision to demand a raise was unanimous. Every Aluma worker took part in it.

“The higher ups expect us to be robots and just do the job under any conditions. They never interact with us, yet it is we who take on massive overtime to get the job done. We want to feel respected,” shared Danny Thomas, a Foreman at Aluma and a Teamster of 6 years.

It’s been over 2 years that the crew was shorthanded – throughout the COVID-19 pandemic, workers received no hazard pay or paid sick time allocated for those who got Covid, and Covid did enter their ranks claiming the life of a worker in shipping and receiving. Still, Aluma didn’t miss a beat, not stopping even for a day to allow its workers to isolate or grieve. From 30 workers required to run the huge yard, only 15 are left. Teamsters took on overtime and came in on Saturdays clocking up to 60 hours per week to get the job done. 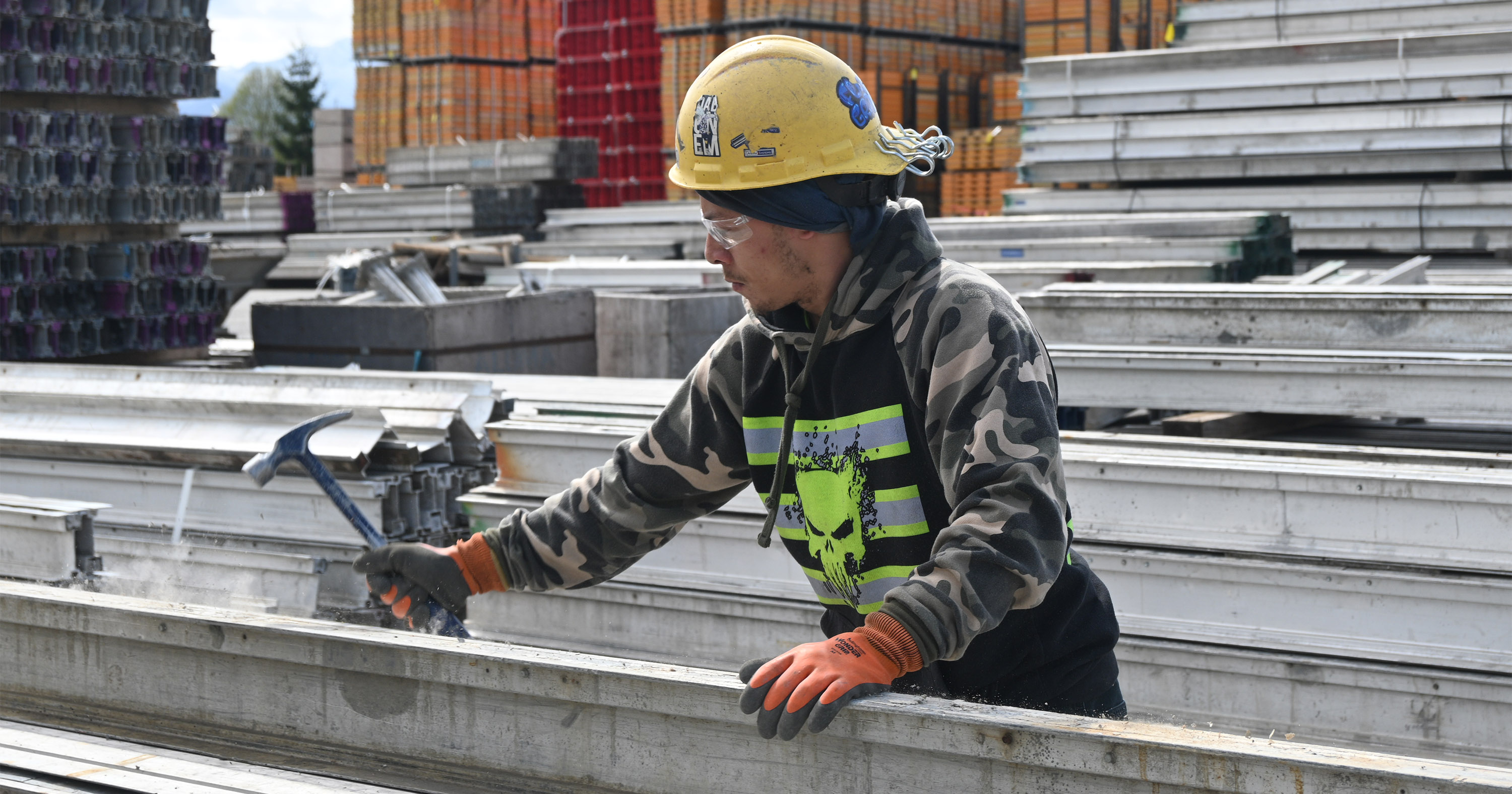 Most of the metal work takes place outside and leaves Teamsters exposed to the elements.

Truckfuls of scrap metal were driven into the yard and truckfuls of metal that has been hammered, straightened, hauled, and refurbished were loaded back up to exit the facility. The profit churn never stopped regardless of Covid or weather. Whether rain, hail or snow, 15 men hammer, scrape, lift and sweat in the uncovered yard loading the product that is then shipped all over Washington, Idaho and Oregon

“I expect the management to realize that we are busting our butt keeping this place afloat,” said Tyrell Ivy, a Shop Steward and Receiving Lead at Aluma. “We are never late on orders and have avoided all back charges even with half the crew.” 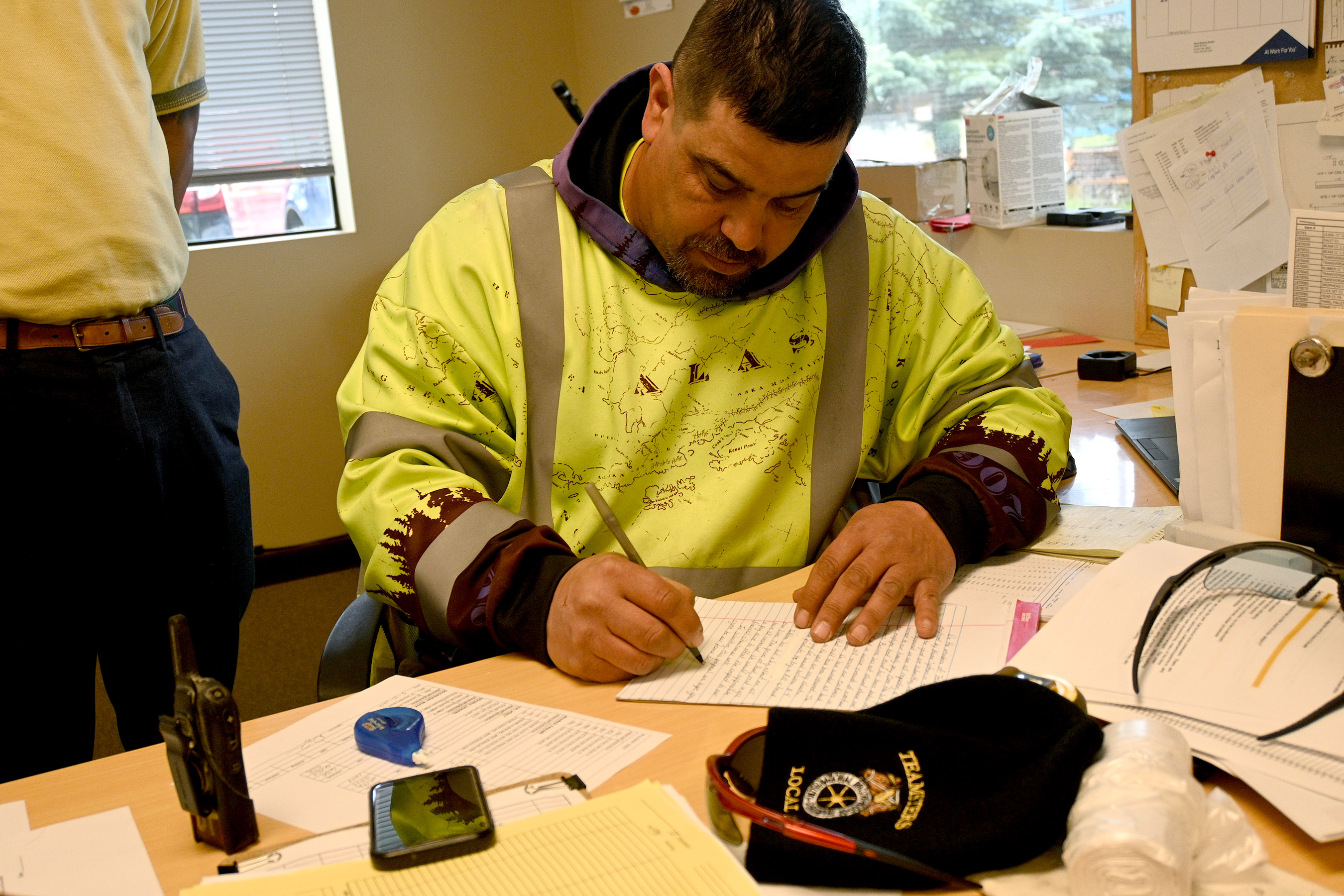 Danny Thomas, a foreman at Aluma,  writes a letter to management that includes workers' demands.

The last straw came when the Aluma general manager flew in from out of state to give a presentation. In it, the enormous amount of work that the metal workers have done was evident, yet the managers still asked Teamsters to take less sick time in the name of increasing production. That’s when the decision to speak up and write a petition to management started forming.

Teamsters got together in the lunch room and debated what should go into the petition. Then Danny wrote it out on ruled paper, and each man signed his name. With the petition delivered, the Aluma crew is soon heading into contract negotiations with the message of unity and determination sent.

“We have to stand our ground and show them that we are not just numbers. We are real human beings. I am spending more time at work than with my wife and children, and that has broken my family,” said Danny. “We will not back down fighting for what is right. We are a union.”