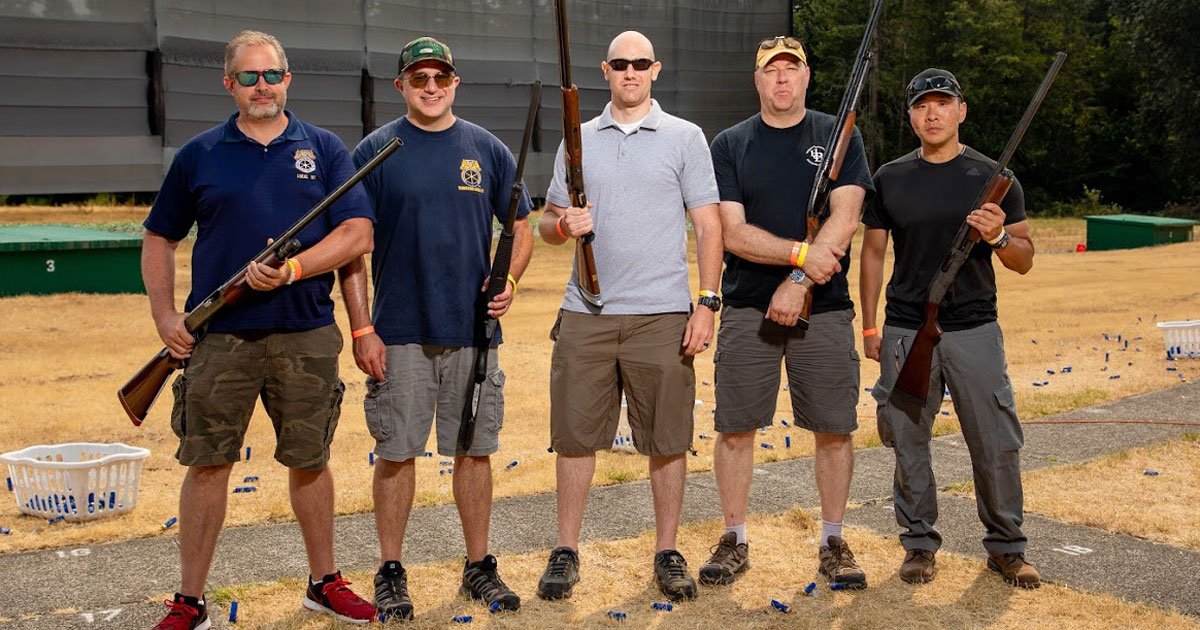 A group of sharpshooters from two Teamster police departments joined forces last month to take aim at hunger. Officers from the City of Pacific and the University of Washington along and their union representative, Matthew House, teamed up for the Emergency Food Network’s annual Breaking Hunger Trap Shooting and Archery Tournament.

The contest, held at the Gig Harbor Sportsmen’s Club on August 10, raised over $16 thousand dollars to help feed hungry families in Pierce County. “This was my first time,” said Sergeant Jed Slagter, who heard about the event from a fellow officer. “It was for a good cause, well organized, and a lot of fun.”

"It was for a good cause, well organized, and a lot of fun."

Slagter, who’s been on the force at the City of Pacific Police Department for five years, talked about the importance of his union giving back to the community. “It’s great for Teamsters to participate in these kinds of charitable events,” he said.

Our union’s Executive Board covered the team’s registration fee. All proceeds from the event go to benefit the Emergency Food Network.

Thank you to our members from the Teamsters Law Enforcement & Corrections Division who participated in the tournament:

The Pierce County emergency food system includes 67 food banks providing over 15 million meals annually to over a hundred thousand families in need. Teamsters Local 117 is a generous supporter of EFN and has participated in a number of volunteer events to benefit the organization.