Teamster Leaders at King County Engage Members in Our Union

Liz Evans and Kerwin Pyle came together from administrative and recycle department at King County to speak to Teamsters about the strength of solidarity. 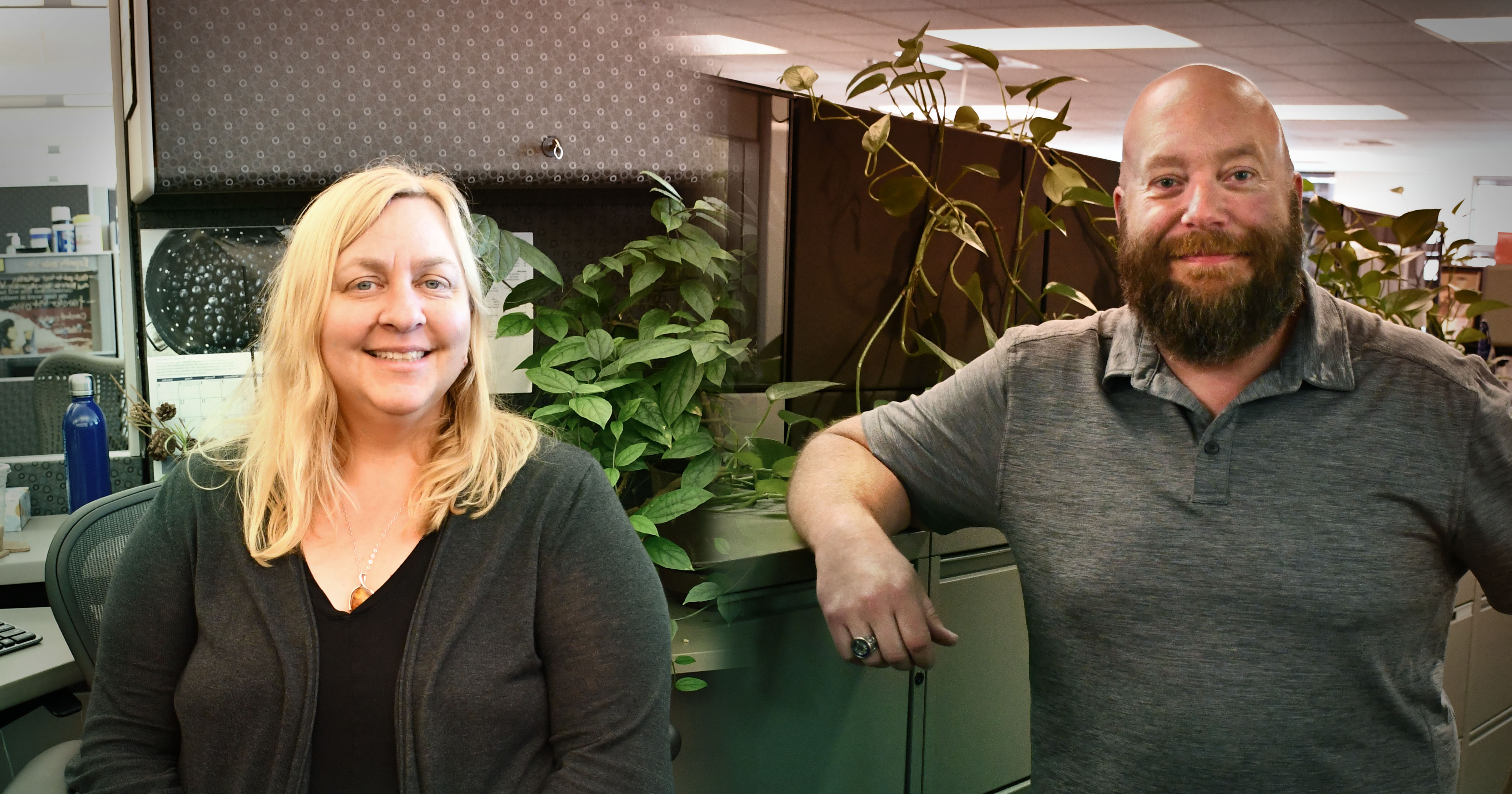 Liz Evans and Kerwin Pyle came together from administrative and recycle department at King County to speak to Teamsters about the strength of solidarity.

“If you dug up a cardboard box from a landfill in fifty years you would still be able to read the words “Amazon” on it, but when it gets recycled we can still get two or three lifetimes out of it,” said Kerwin Pyle, recycling project manager at King County and Local 117 shop steward. Kerwin believes in protecting the environment and his co-workers.

Last month Kerwin paired with Liz Evans, administrative specialist, at the King County Administration Building where through a time loss program they were able to speak to fellow members who work at King County. They engaged their co-workers in conversations about the positive impact of recent contract wins, the importance of solidarity in the face of the opt-out campaign from the so-called Freedom Foundation, and the commitment to staying united for future fights.

“When we get involved in our union, we form a strong voice and can change the anti-worker policies,” Evans reflected. She has only been in her current position for a little over two years, but she already feels a strong obligation to her co-workers and stepped into a shop steward role. Coming from a non-unionized work environment, it didn’t take her long to realize the power of collective action.

Over the course of four days, Liz and Kerwin reached King County Teamsters working in solid waste, IT, the courthouse, archives, records, administration, and other areas. The conversations they had were overwhelmingly positive. The divisive efforts of corporate interests pushed through the Janus case last year are proving to be futile. Teamsters realize that although King County is not an anti-union environment, the efforts of the labor movement can be undone if members don’t stick together.

“If the next King County Executive comes in and wants to be a union buster, it is within their power to do so unless the union is your watchdog. That’s why I’m here. I’m a new shop steward who can back you up,” explained Pyle.

This time-loss campaign was built on the success of a previous one in June. Shop Steward Mari Jane Friel helped with the training as she recently did a similar time loss program to engage members working in King County roads.

These efforts are proving to be successful in coalescing members to be more aware and involved with their union as well as developing organizing skills for new leaders. Both stewards left the time loss program with new skills, enthusiasm about the union, and a deep desire to be more involved.