It is a futile exercise to misinform a librarian. Tacoma Public Library Teamsters stand united in face of Janus. 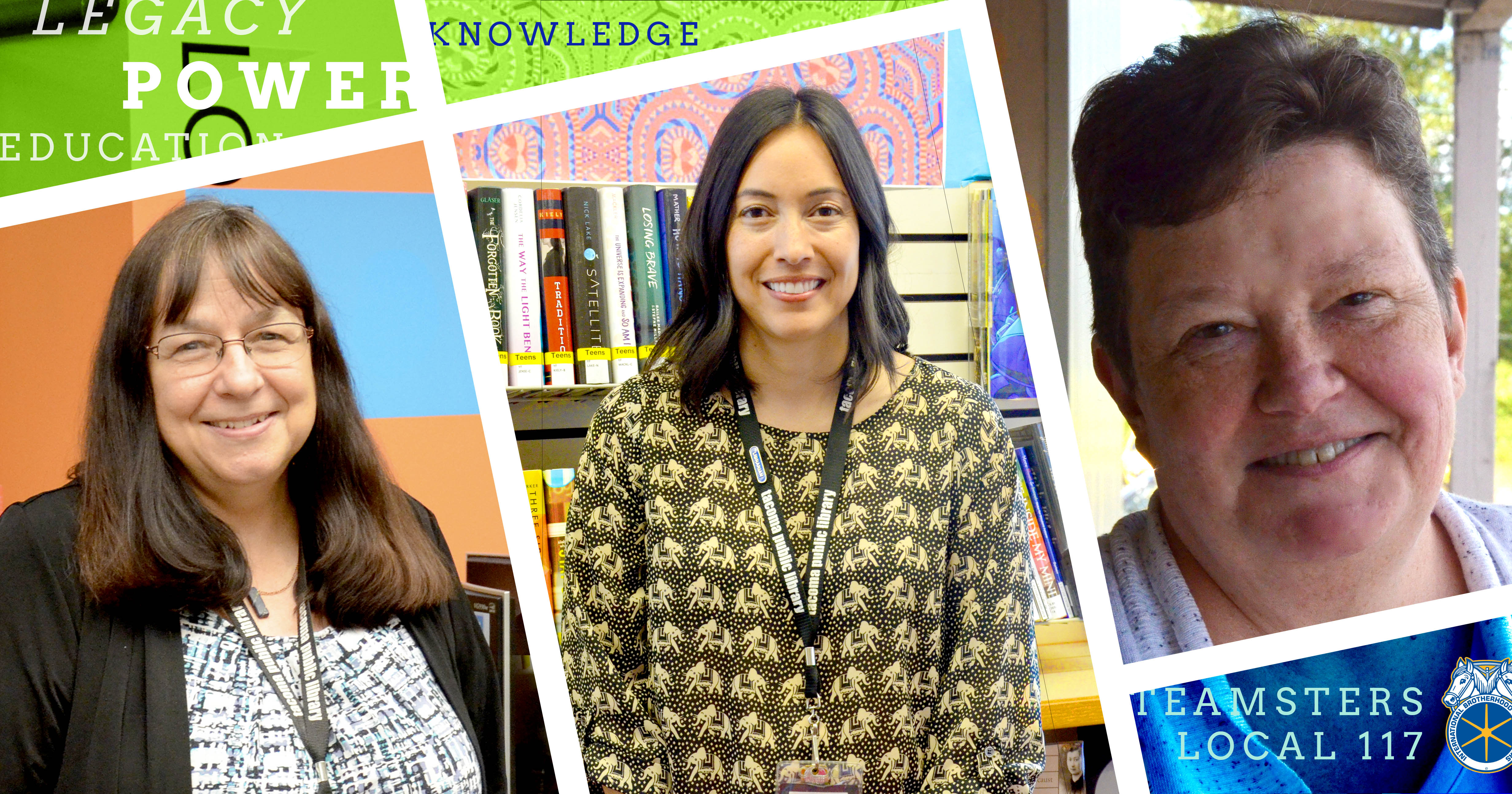 As the U.S. Supreme Court announces its ruling in the Janus case, corporate powerbrokers are hoping to use the decision to divide workers who dare belong to a union. They are expecting union members will act against their own self-interest because nothing benefits the employer more than when workers abandon their collective power to stand up for fairness in the workplace.

Those efforts have failed with Teamsters at Tacoma Public Library where every member has pledged commitment to their coworkers and to remain a union member. It is a futile exercise to misinform a librarian. Shannon Rich is a supervisor at the main Tacoma branch and a fourth generation Teamster. She finds the narrative absurd that abandoning her union is beneficial to her in any way.

“That’s the whole nature of the union – the constant giving back and forth among its members,” she says. “Together we build the working class, and we cannot do it without standing all as one. People like the Koch brothers and other corporations know that. This is the only way they figured out to put a wedge in people’s unity. Yet it will only be effective if we let them.”

It took an extensive fight to bring the union to her workplace and most people who work there remember. The library strongly opposed their workers efforts to unionize, yet they prevailed. Maria Shackles, a manager at the Wheelock branch, refers to the grueling history of unions fighting for human rights at work as her reason to distance herself from the Supreme Court ruling and remain a Teamster.

"Together we build the working class, and we cannot do it without standing all as one."

“I want to honor the work of people who came before us who have made huge sacrifices over the history of our country for progress of workers’ rights. Now we are reaping the benefits of the union, and I feel really lucky. The underlying organizers who pushed for the Janus case are corporations that don’t want to acknowledge the positive changes unions bring to the economy.”

It is these benefits that Shannon credits for being the first in her family to attend college and passing this privilege on to her daughter. She says she is one of the few lucky people who take pleasure in their work. Yet her individual dedication and skill is not enough to make the Tacoma Library a safe place to work at. In the wake of mass shootings, it took collective action to convince the management to institute safety procedures and training at the library.

In the new era of open shop, Shannon knows the way to protect her union and their hard-earned wins is countering misinformation.

“Our job is to get as much information to as many people as we can reach, which is vital to our society. We, the workers at the library, are the backbone of that. The union helps workers understand that they are valuable as individuals and provides the means for a democratic workplace.”