In modern America, longer work hours, less vacation and less pay for higher productivity bringing host of stress related illnesses is a daily reality. It is the union that brings democracy back to the workplace and gives some of the control back to the workers. 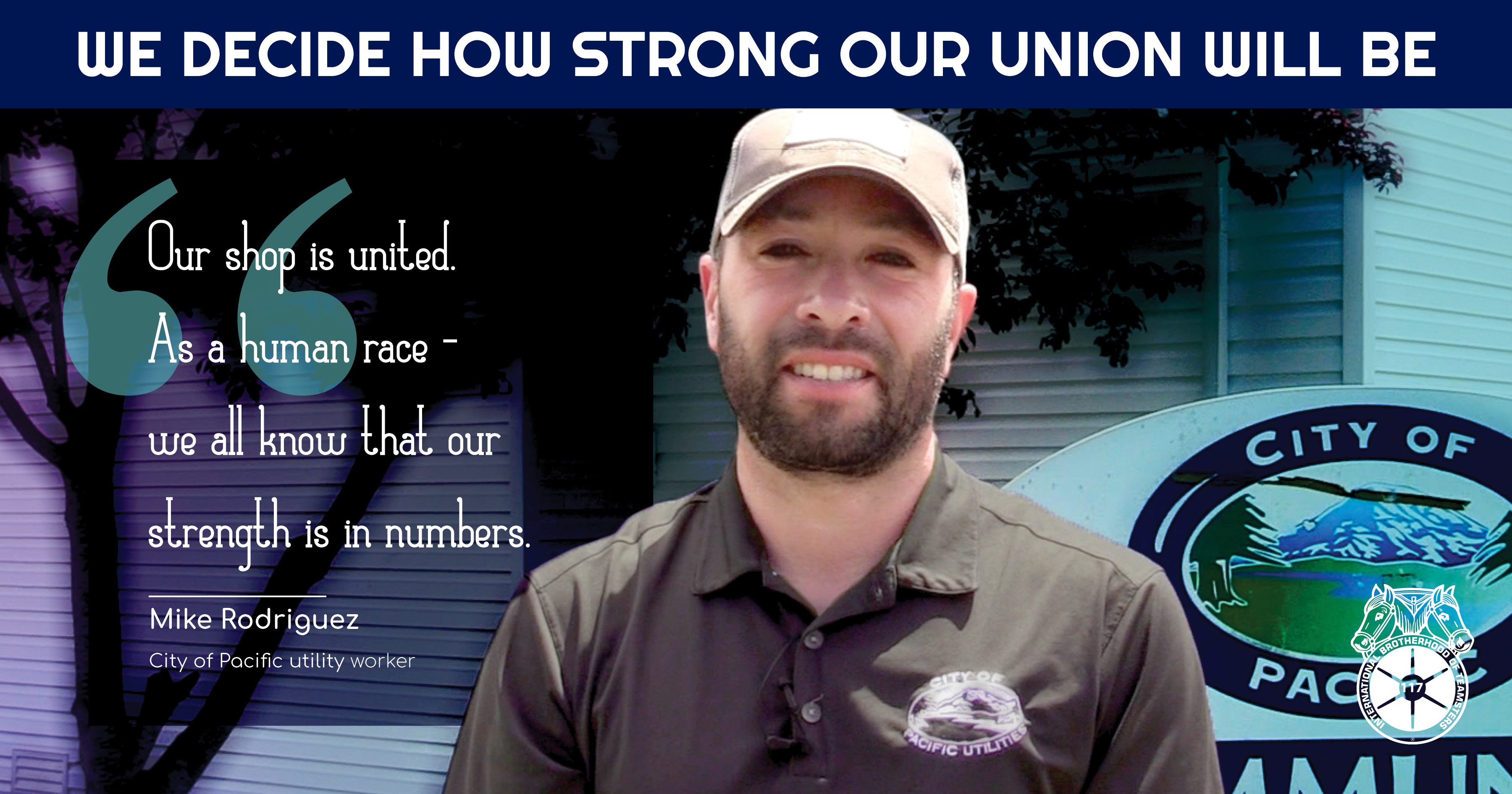 Michael Rodriguez, a utility worker at the City of Pacific, says being part of a union makes his work a lot less difficult. Despite it being a demanding, frequently hazardous occupation, his membership in Teamsters 117 alleviates the work stress that a majority of Americans deal with on daily basis.

When speaking of stress at work, managerial and executive occupations come to mind, yet one of the highest predictors of workplace stress is lack of control over working conditions coupled with high demand. Inability to have a say in work hours and conditions of employment have profound health consequences resulting in heart attack rates three times higher than a random sample. Furthermore, job insecurity increases poor health by an incredible 50%, while long work hours contribute to increased mortality by almost 20%.

Americans today work longer hours, take less vacation and receive less pay for higher productivity which is coupled with towering rates of stress-related illnesses. In return for an opportunity to earn a living, we often relinquish our ability to have a say in conditions of employment and wages earned. It is the union that brings democracy back to the workplace and gives some of the control back to the workers. This power does not accrue overnight but is built upon years of collective bargaining and building of trust and solidarity among the workers.

For Rodriguez, building unity was worth it. “People frequently regard smaller cities as a stepping stone for other jobs with more pay and better opportunities,” he says. “But over the years we have negotiated strong contracts and workers stay.”

"We will not let anyone break what we have achieved here through years of solidarity."

His co-worker, Bill Brookhart, agrees. “As an individual alone you cannot stand up to the corporation. I have worked in non-unionized places, and there is no guarantee of or ability to negotiate job security, benefits, vacation or sick leave. I’m a diabetic and am insulin dependent. Having a good, union-negotiated health insurance makes a tremendous difference for me.”

Faced with the Supreme Court ruling on Janus, there was no hesitation among City of Pacific employees – every one of them chose to stand together as Teamsters. They have considered the effect that division could have on their contract negotiations and their power at work. The conclusion they came to was unanimous.

“You are either with us or you’re out,” said Rodriguez. “We will not let anyone break what we have achieved here through years of solidarity.”