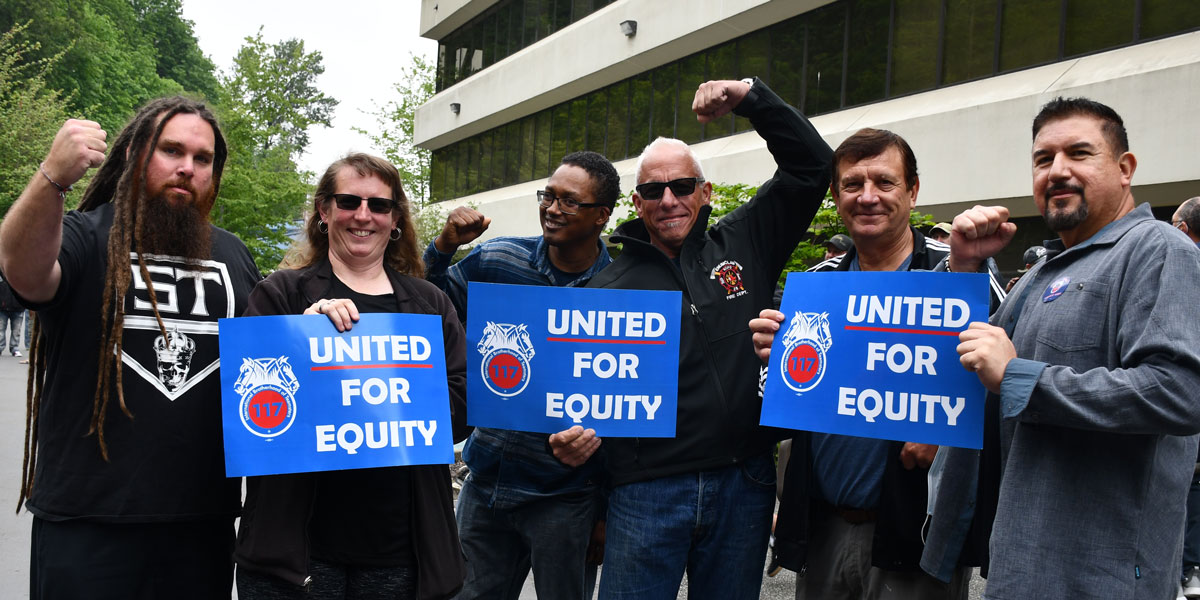 Drivers at Waste Management and Republic Services flex their collective muscle at a Teamsters rally in May.

It's a historic contract, years in the making. After decades of inequity in the industry, Teamster recycle and yard waste drivers at Waste Management have ratified a new agreement that achieves striking economic wins, including parity with the garbage haulers.

The drivers voted unanimously last month to approve the five year pact that has raised wages by more than $4/hr and bumped pension rates by over 35% on day one.

A number of other gains were codified in the deal including outstanding medical coverage for retirees, a better dental plan, enhancements to safety language, and other quality of life improvements.

"Pretty much everything we've been fighting for we achieved," said Chris Dunkle, a residential yard waste driver and shop steward who works out of the Seattle depot.

"Everyone at work is on cloud nine, I walk in the door and I see a lot of happy faces." - Chris Dunkle, Shop Steward 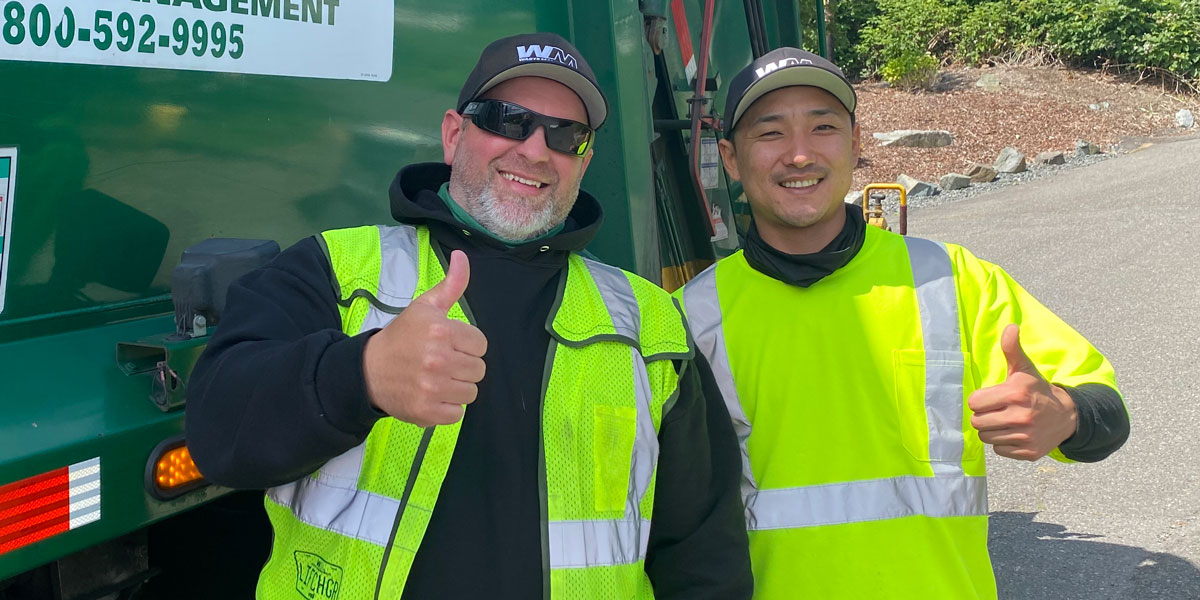 Chris Dunkle (l) and Kyung Yu (r) give the thumbs up to the new contract.

The groundbreaking contract didn't happen overnight. Long before the unanimous ratification vote, before rounds of applause burst out in the Teamsters hall, union staff and rank-and-file leaders were putting together a meticulous strategy.

The planning started in the summer of 2017 after Secretary-Treasurer John Scearcy had just led drivers at Republic Services to a similarly monumental win. In their new contract, the Republic drivers would see a 25% wage increase over four years. As Teamster Patrick Neal put it at the time: “We’ve been working for this as a union and as a community of drivers for years if not decades."

But equity at Waste Management was sizing up to be a heavier lift than it had been at Republic. The group was even further behind than the Republic drivers. Not even a strike at the company in 2012 had managed to close the gap.

A PLAN TO WIN

"We knew we needed a broad strategy that included political, legal, communications, and member organizing components," Scearcy said. "And we needed to start ramping up the pressure on Waste Management early."

That pressure came in the form of a barrage of petition signatures from drivers and a demand to bargain two years prior to contract expiration.

The company was forced to come back to the table. Ultimately, they offered considerable wage increases, but without providing the equity required by the union. Members voted to tank the offer.

"They did offer some dollars," Dunkle recalls. "But they didn't offer anything else. We told them to shove it."

With strong leadership and members united in their refusal to settle for less, the table had been set for a hugely successful negotiations this summer.

"This contract recognizes the vital waste removal services Teamsters provide to communities across this region," Scearcy said. "With a long-term strategy and members speaking with one voice, we have built power and improved the lives of hundreds of working people and their families." 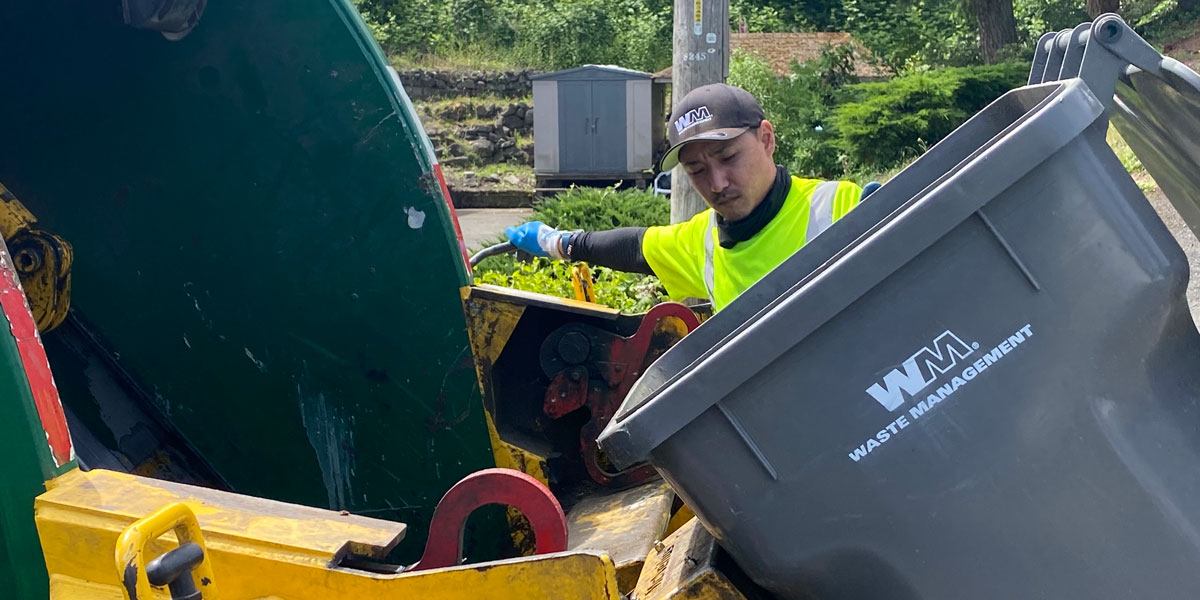 New Teamster Kyung Yu dumps a yard waste can on his route in Skyway.