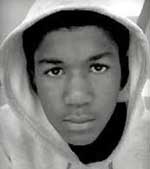 In light of the recent acquittal of George Zimmerman, for the February 26, 2012 slaying of 17-year-old Trayvon Martin, a national dialogue has been rekindled regarding social justice, racial inequality, and Stand Your Ground laws.

Our collective hearts go out to the Martin/Fulton family, and all other families who have lost loved ones to senseless violence.

As a politically active organization dedicated to both economic and social justice, we are deeply sensitive to the impact of social inequities on the lives of our members. We have come a long way as a nation on issues of racial and social inequality since the Civil Rights Movement of the 50s and 60s, yet circumstances such as these remind us of how much road we have yet to travel to root out ignorance, bigotry, and prejudice in our society.

While Stand Your Ground laws have come under a tremendous amount of scrutiny and must be obliterated, no statutory change can change the hearts and open the minds of American citizens tasked with interpreting and applying the law.

It is grossly tragic that racial stereotypes still impact the pursuit of justice in the 21st century, as the misguided perception of fear invoked by African American youth not only influenced the actions of Zimmerman on the night of this tragedy, but the outcome of his trial as jurors rationalized his actions against their own deep rooted stereotypes.

"Our collective hearts go out to the Martin/Fulton family, and all other families who have lost loved ones to senseless violence."

While we are outraged by this gross injustice, we are inspired by Sybrina Fulton, Martin’s mother, who refuses to contribute to a cycle of violence, hatred and bitterness. Fulton said if given the opportunity to speak to Zimmerman that she would pray for him, as she would hate to miss her blessings by harboring hatred in her heart.

Likewise, we encourage those of you who feel anger or passion about these issues to join us in encouraging people to channel that energy to do something positive, and stress the importance of their involvement in the political process by letting their voices be heard on the issues that matter most to them.

This is a time for all of us to do some soul searching to ensure we are not guilty of allowing our personal biases negatively impact any oppressed group, whether that bias be based on race, ethnicity, gender, or sexual orientation.