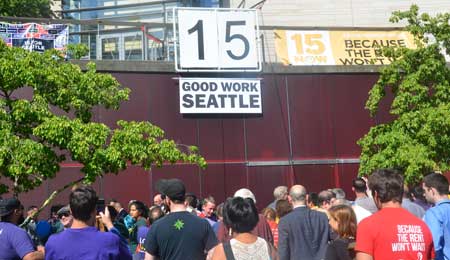 Sign in with or
Don't have an account? Click here to create one.
Please check your e-mail for a link to activate your account.
No recent activity
Seattle makes history with $15 minimum wage
Workers Win in Seattle with $15 Minimum Wage
TEAMSTERS POWER