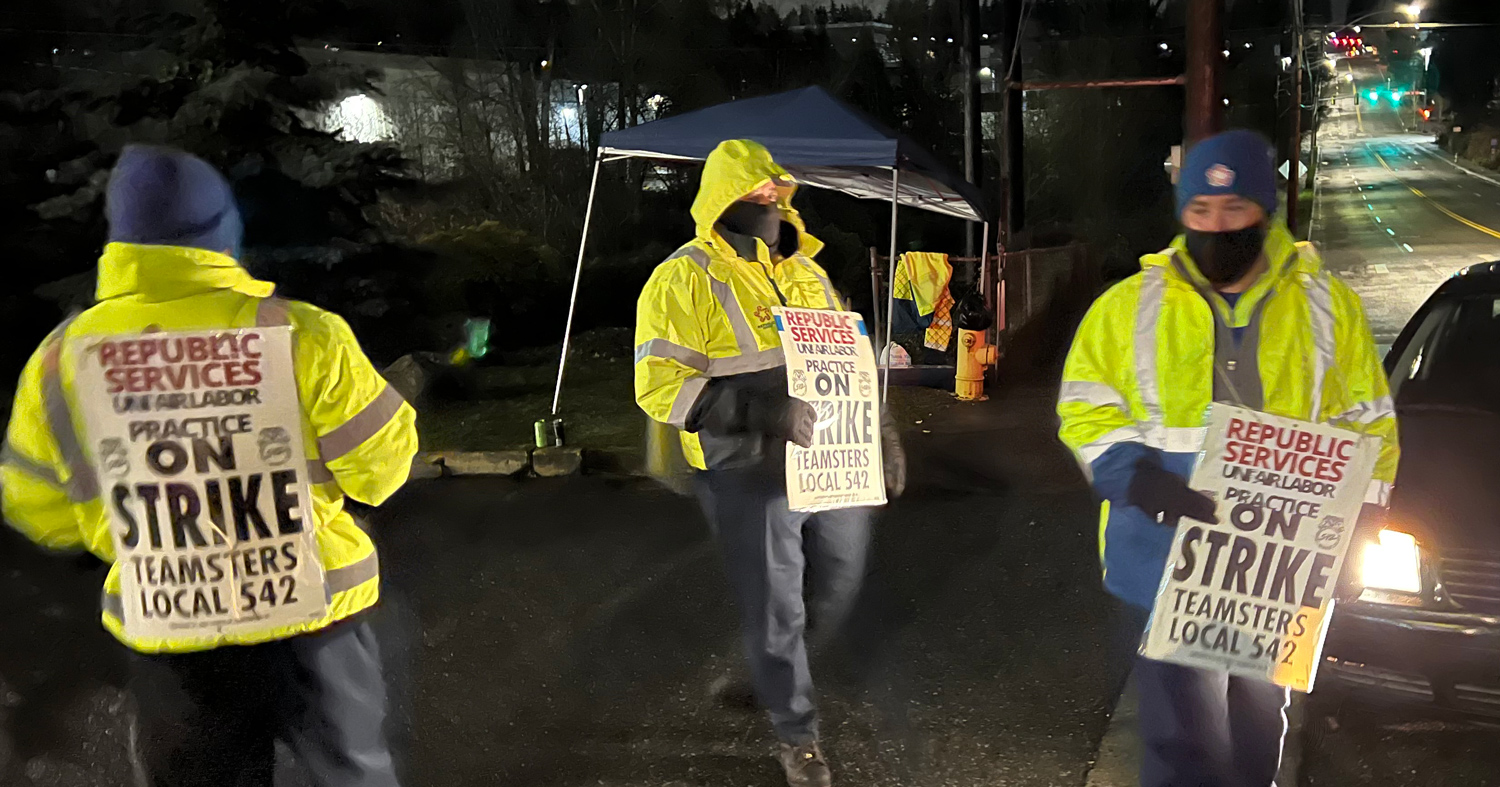 Puget Sound recycle and yard waste drivers, who are represented by Teamsters Local 117 and work at Republic Services, are honoring picket lines that were established by striking Teamsters from San Diego. The California sanitation workers from Local 542 raised pickets early this morning at the company’s facilities in Bellevue, Lynnwood, Kent, and Seattle.

The 250 members of Teamsters Local 542 have been on strike since December 17, 2021 after the company refused to bargain in good faith and failed to address the workers’ demands for improved safety conditions in contract negotiations.

“Our members are standing in solidarity with their Teamster Sisters and Brothers in San Diego who are fighting for a fair contract,” said John Scearcy, Secretary-Treasurer of Teamsters Local 117. “Rather than provoking a strike, Republic Services should honor workers who have braved the pandemic to provide essential sanitation services that help keep our communities healthy and safe.”

In 2020, Republic Services earned over $10 billion, with $1.2 billion in net profit, while its CEO’s total compensation totaled over $12 million. Republic’s largest shareholder is Microsoft founder Bill Gates, and Gates’ investment advisor sits on Republic’s board of directors.

Teamsters Local 117 represents 17,000 working people across Washington State including 130 recycle and yard waste drivers who are employed by Republic Services.