In an overwhelming majority, a group of over 50 employees at Ridwell has voted to join Teamsters 117. The drivers and warehouse workers, who collect hard-to-dispose-of materials from homes in King and Pierce counties, came together to gain a voice at work and address concerns over wages, benefits, and working conditions. With this vote, the workers become the first unionized employees at Ridwell.

“We are excited to welcome Ridwell employees to the Teamsters,” said John Scearcy, Secretary-Treasurer of Teamsters 117. “These workers provide an invaluable service to their communities and the environment by handling dangerous materials while exposed to the elements. With Ridwell being an employer whose focus is environmental protection, we look forward to helping these new Teamsters negotiate a strong contract that offers them protections and fair treatment as well. It’s only when we fight for labor rights and environmental sustainability that we are able to build a fair and just future for workers.” 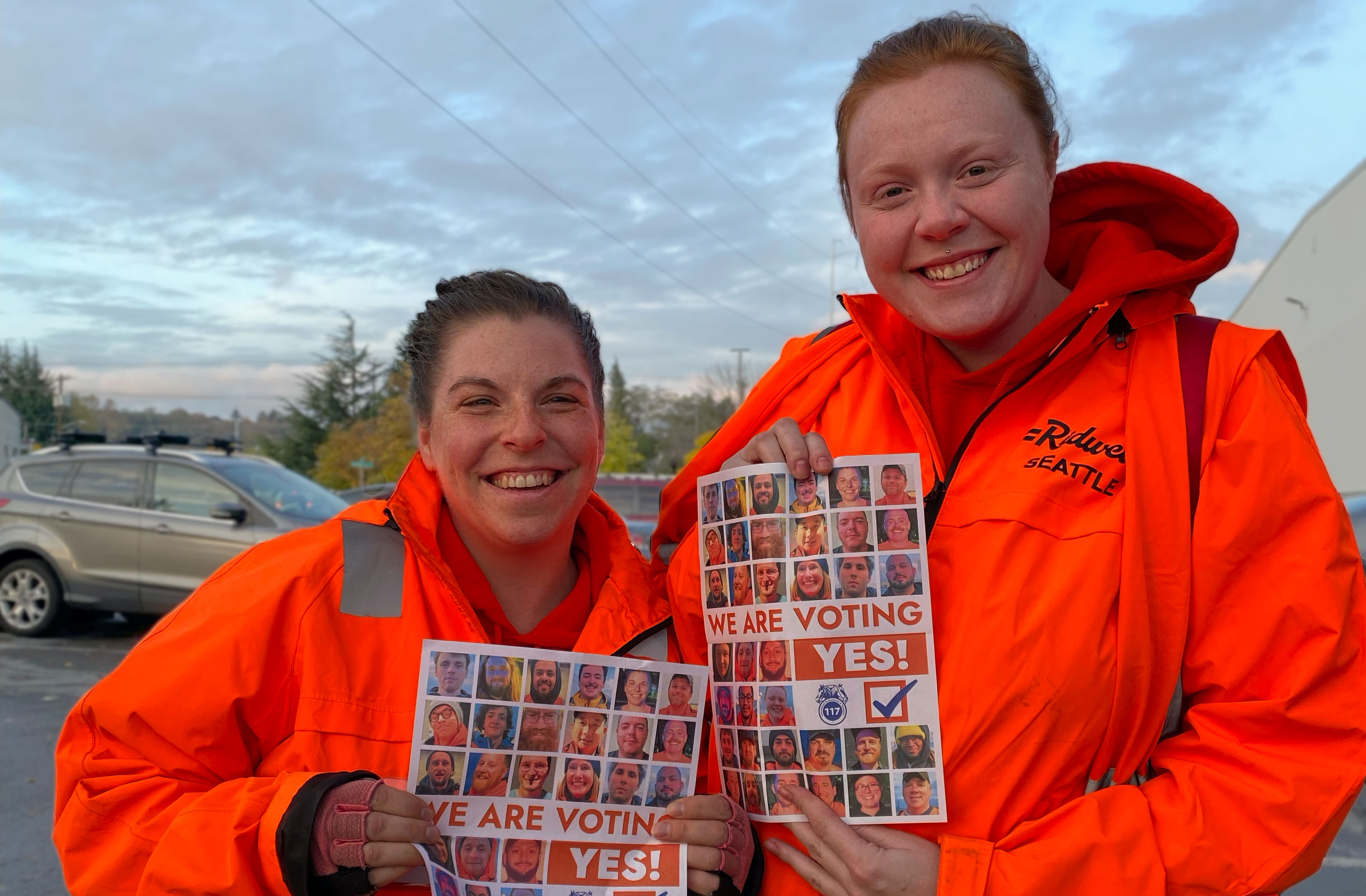 Baylie Freeman (l) says that respect at work and fair wages were behind her drive to organize a union at work.

Ridwell is a recycling start-up that focuses on responsibly reusing and disposing of hard-to-recycle items like batteries, lightbulbs, and plastic film. Since its founding in Washington State in 2018, Ridwell has expanded to CA, CO, MN, OR, and TX.

“I have been working at Ridwell for over a year. I want a union so we can have a say in our experiences and conditions. I want safety for everyone, respect for our time and schedule, and fair wages,” said Baylie Freeman, a driver at Ridwell who was part of the union organizing committee.

Since the workers began organizing, Ridwell has remained neutral on the question of unionization saying they will respect the choice of their employees. “Ridwell is an example of a conscientious employer that respects their workers’ decision to stand in solidarity and join a union,” reflected John Scearcy. “They set an excellent example, which worker-exploiting and union-busting industry giants like Amazon and Starbucks should follow.”

“It’s us, the drivers and warehouse staff, who make Ridwell run,” said Keegan Ditto, a warehouse worker who has been at Ridwell since September 2020. “I want us to have the right to negotiate a union contract, which will give us a say in our wages, benefits and working conditions.”