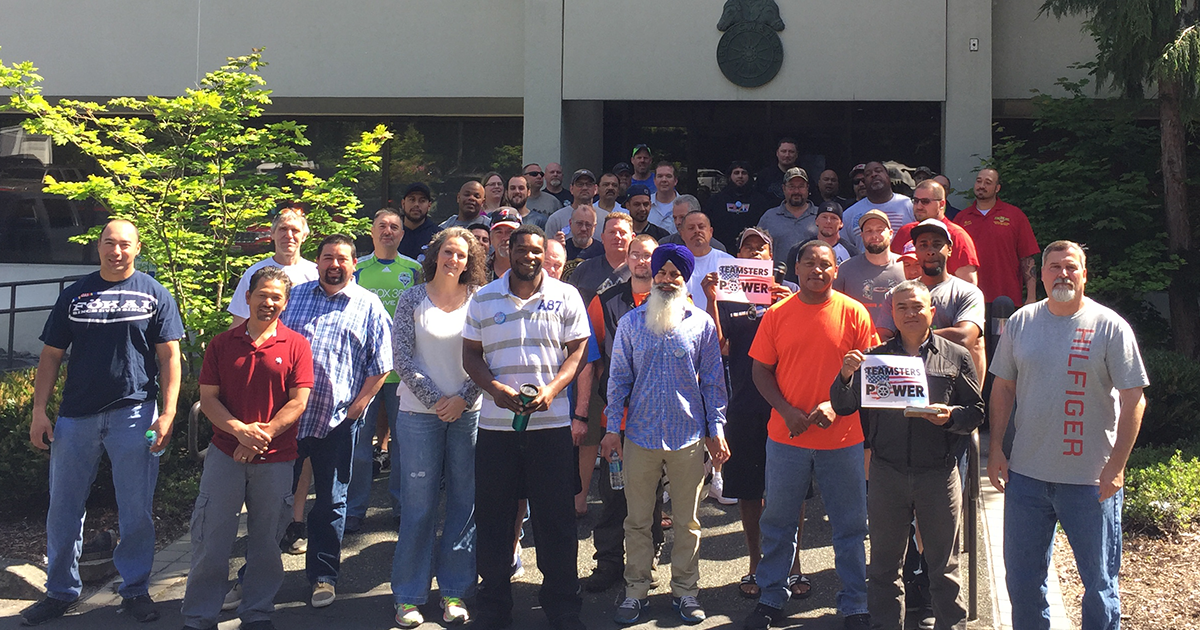 Yard waste and recycle drivers who work at Republic standing together for fairness and equity.

Yard waste and recycle drivers who work at Republic Services filled our Union hall yesterday to demand equal pay for equal work. Drivers are in contract negotiations with their employer and are heading into discussions about economics this week.

The drivers work the same routes and drive the same trucks as their counterparts who haul away the garbage and yet they are compensated significantly less for their efforts.

"We do the same job, we're driving the same equipment, we're on the road more because the facilities we work at are farther away. Why shouldn't we be paid equally?" said George Blakey, a Shop Steward who has driven for the company for thirteen years.

"It's a respect issue. There's no difference at all in what we do."

Fabio Desimone, a 23-year Teamster, who works out of Republic's yard in Kent, agrees.

"Even the company is saying that we do the exact same job; they tell us that at our safety meetings. The route managers will come up and say we deserve to have parity. It's a respect issue. There's no difference at all in what we do. Same trucks, same job, same uniforms, same routes. Everything that we do is the exact same thing."

After yesterday's meeting, the drivers began wearing buttons and distributing petitions demanding parity.  "We rolled the petition out yesterday," Blakey said. "We've already got over 300 signatures."

Republic is fully aware of our position and concerns surrounding the disparate compensation for its drivers," said John Scearcy, Secretary-Treasurer of Teamsters Local 117, who is leading the negotiations. "Recycle and yard waste drivers are standing together to insist on equitable pay and comparable working conditions across the industry."

Our Union bargaining team will be at the table with Republic all week. The drivers contract expires on May 31. The membership will hold a meeting on June 4 to either vote on a contract offer or to vote to authorize a strike.

Please support drivers! Sign on to the petition demanding equal pay for equal work in the solid waste industry!