Teamsters at the Spokesman Review unanimously ratify contract, show the power of unity in an open shop

There are certain fundamentals to a union contract. In a worker-friendly state like Washington, union security is high on the list. 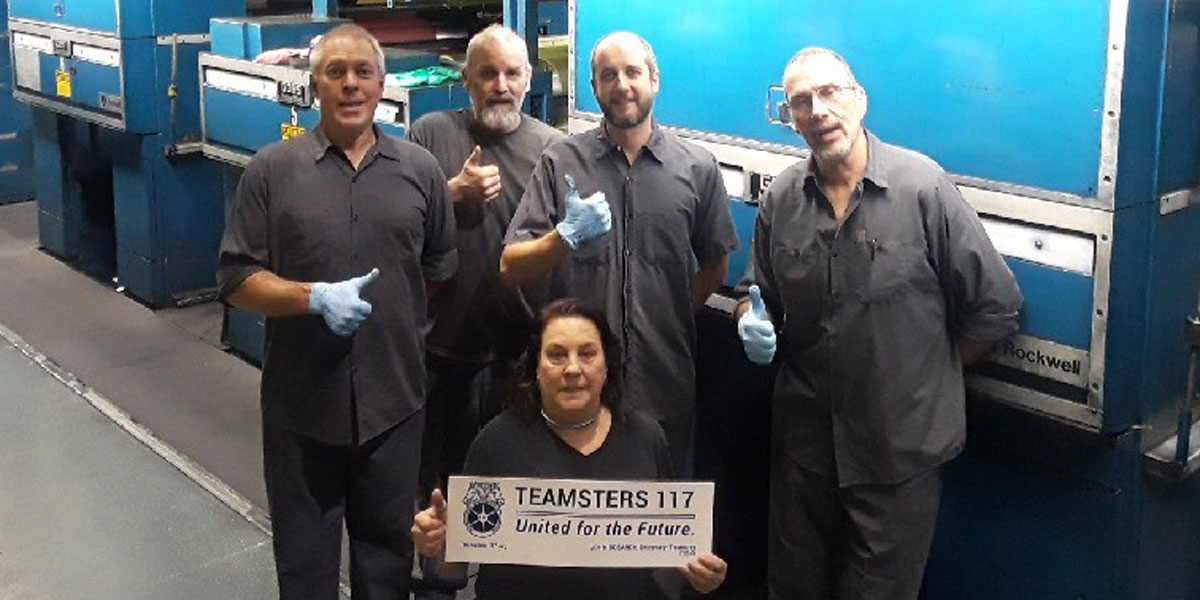 Teamster 117 members who operate the presses at the Spokesman Review.

There are certain fundamentals to a union contract. In a worker-friendly state like Washington, union security is high on the list. Union security insures that all employees in the bargaining unit pay their fair share for representation under the contract.

In right-to-work states, workers lose their freedom to negotiate union security, which can severely weaken the union.

But that doesn't have to be the case. A recent contract win at the Spokesman Review demonstrates that union members can achieve significant contractual gains even without union security, so long as they stick together.

Last month, Teamsters who run the press room at the paper voted unanimously to ratify a contract that contains the largest wage increases in years along with important language improvements.

The group will see protections against subcontracting, stronger seniority rights, better language around discipline, sick leave and hours of work, and a whole host of other improvements. They did it because they rallied together to support their union.

"Everybody that's in our shop was a part of the union," said Ken Coburn, a shop steward with 30 years at the paper. "I think the company was concerned that we might strike. And it could have happened - we could have shut them down."

"The company knew that we had huge involvement in the union."

In years past that wasn't the case. Even leading up to negotiations, several members were behind on their dues. Union rep, Matt House, met with the group and told them that their unity was key to winning a strong contract.

"Matt was awesome," said Jeff Weidert, a pressman with 40 years in the industry. "He's focused - laser-beamed. And he knows when to call B.S." Weidert and Coburn worked together to get their co-workers caught up on their dues, which sent a powerful message to the company.

"The company knew that we had huge involvement in the union," Weidert said. "With the power we had, we were able to take the teeth out of some of their proposals and we were able to negotiate some safeguards. I can't tell you how happy we are."

With open shop likely coming to the public sector next year, the lessons at the Spokesman Review are telling: When workers stand together in their union, they can thrive and win strong contracts, even in a right-to-work environment.