Political Advisory Committee off to a great start in 2017! 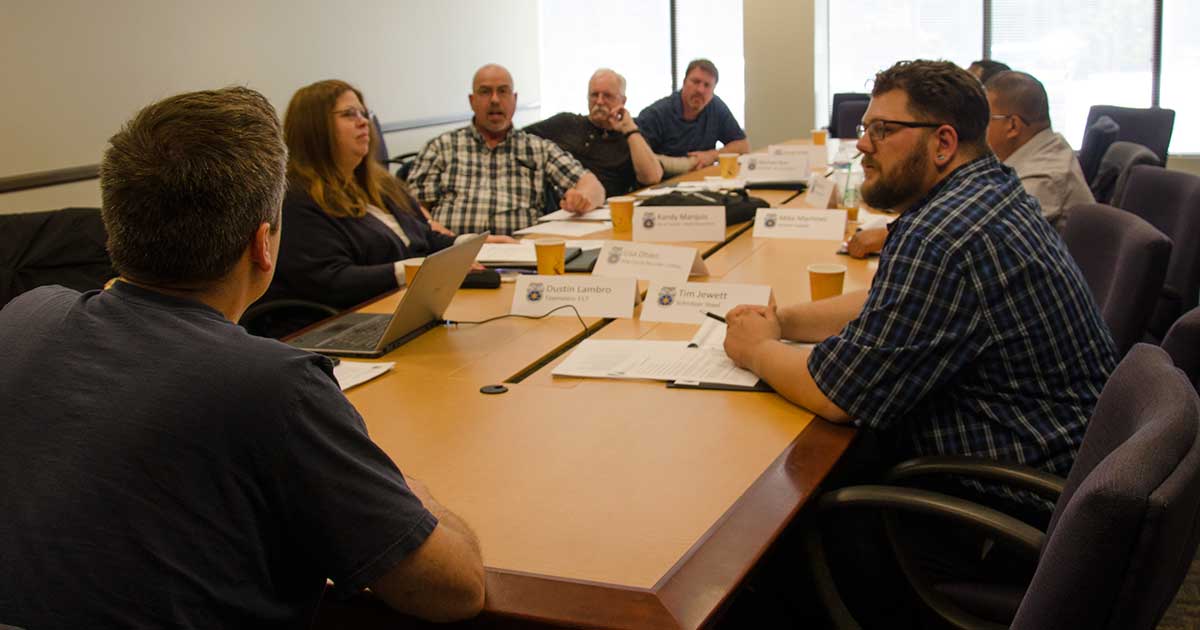 Members on our Statewide Political Advisory Committee interview Dave Upthegrove on Saturday, May 13.

So far we have put together our 2017 candidate questionnaire and interviewed twenty-five candidates running for city council and mayoral positions across King and Pierce counties.

We formed this committee in 2015 because we wanted to make sure a cross section of our membership had input in who we endorse for political office.

“I am so impressed by the caliber of members on this committee who have volunteered countless hours the last few weeks to ask the hard questions of those seeking elected office,” said John Scearcy, Secretary-Treasurer of Teamsters 117. “They take the time to consider every candidate we endorse and make thoughtful decisions. We want to make sure the candidates we are picking share our Union’s values.”

Our 8-person committee this year represents members from both the public sector and the private sector.

Here’s how our endorsement process works:

In politics, we only have permanent issues – we don’t have permanent friends. This means we continually need to hold politicians accountable for the votes they take and to make sure we hold them to what they say they are going to do.

The only way we do that is to have members involved.