Our Teamsters Union is Democracy in Action 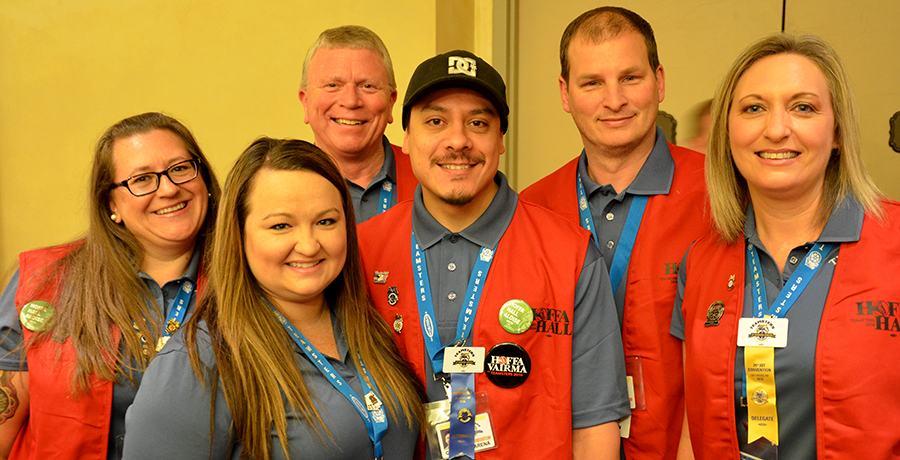 Our Teamsters Union is a democratic institution. Nowhere is that more apparent than at our International Brotherhood of Teamsters convention.

Throughout the 5-day event, nominations take place for our International Union’s General Executive Board.

The General Executive Board consists of 22 Vice Presidents geographically located or at-large and three Trustees. All are elected positions as are the positions of General President and General Secretary-Treasurer.

At the convention, delegates take turns stepping up to the microphones and making short, often impassioned speeches for their candidates.

On the floor - delegates, alternates, and guests - show their colors. They wear vests, pins, and stickers supporting their candidates of choice.

Outside of the convention hall, the campaigning can be fierce. Members hold placards and distribute newsletters, leaflets, and other campaign materials.

This is an important part of the democratic process. It gives all members a voice in electing our Union’s leadership.

After the nominations process, delegates have an opportunity to vote on the candidates. Candidates that surpass the 5% threshold earn a place on our International Union’s election ballot. That ballot will be mailed out to the 1.4 million members of our Union.

Our Local 117 delegation, under Secretary-Treasurer John Scearcy’s leadership, is the third largest in the International Union. That gives us a tremendous amount of influence in helping to shape the makeup of our International Union’s General Executive Board.

You can learn more about the convention and the election process at our International Union’s website at www.teamster.org.