Officers at the UWPD Celebrate the Passage of Interest Arbitration Bill, Support the Union 100%

Campus Police Officers at the University of Washington joined Teamsters 117 in 2011. This year, their biggest goal became a reality. 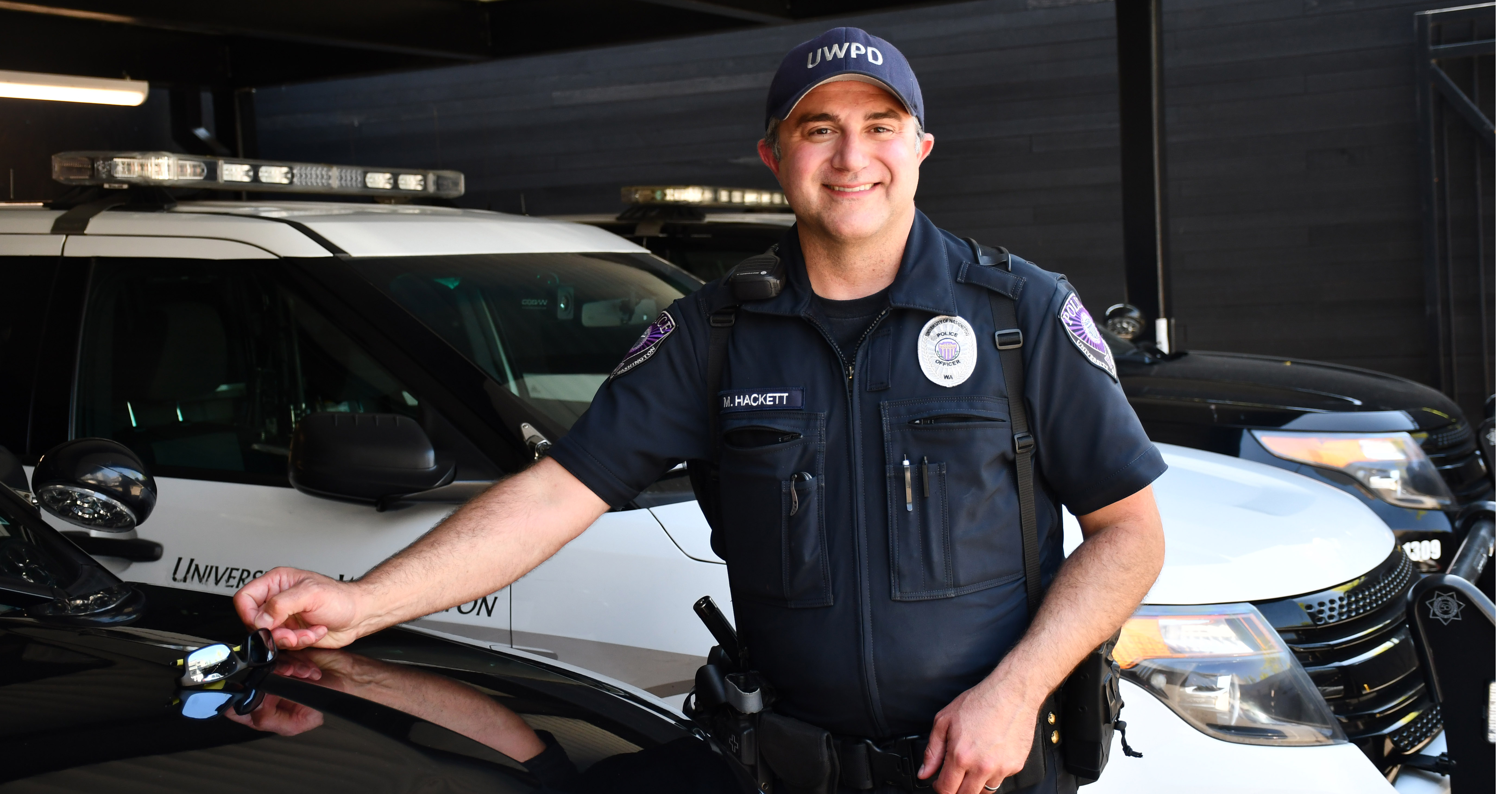 Mark Hackett has worked on campus for over twelve years.

When you are a police officer at UWPD, you never know in the morning what your day will bring. It could range from responding to a car prowl case to something more serious, such as a gun threat, or you might be fishing unruly students out of the quite deep and polluted Drumheller fountain again. With the beginning of the academic year, thousands of new freshmen students are expected at the UW, and police officers will be going to student orientations to do safety trainings and talk to parents and students who might be out on their own for the first time.

" I want to thank past members, past Teamster Reps, and all who made this bill a reality."

Officer Mark Hackett has done this job for over twelve years and knows that patience and diplomacy are his assets when resolving incidents involving students in a college environment.

“We’re here as a resource for the students, and we want them to succeed. We want to keep them safe,” he shared.

Officer Hackett appreciates the necessity of a union for performing his best at a job laced with daily uncertainty and danger. His coworkers formed a guild when he first came to the UWPD, but around 2010 things began to change. A new police chief moved in from a right-to-work state and contract violations began to compound. Hackett and his team realized they needed more power to face the injustices creeping up in their workplace and decided to join Teamsters 117.

“The University of Washington is a very powerful entity and a very large employer, so we needed the backing of a powerful union,” mentioned Hackett.

After joining the Teamsters, officers had their contract respected again and gained invaluable representational support and help with legal matters.

“At the end of the day, I need to get home to my wife and daughter. Having a good contract means having good equipment and increased safety,” Hackett said.

One of the biggest issues for officers at the UWPD was that they were not interest arbitration eligible. They were hopeful that joining Teamsters 117 would help them make progress toward that goal, and they were not disappointed. After almost a decade of Teamsters fighting for interest arbitration, the Governor has signed the bill and 6000 members, including UWPD officers, were granted access to a neutral arbitrator for resolution of negotiations that have reached impasse. 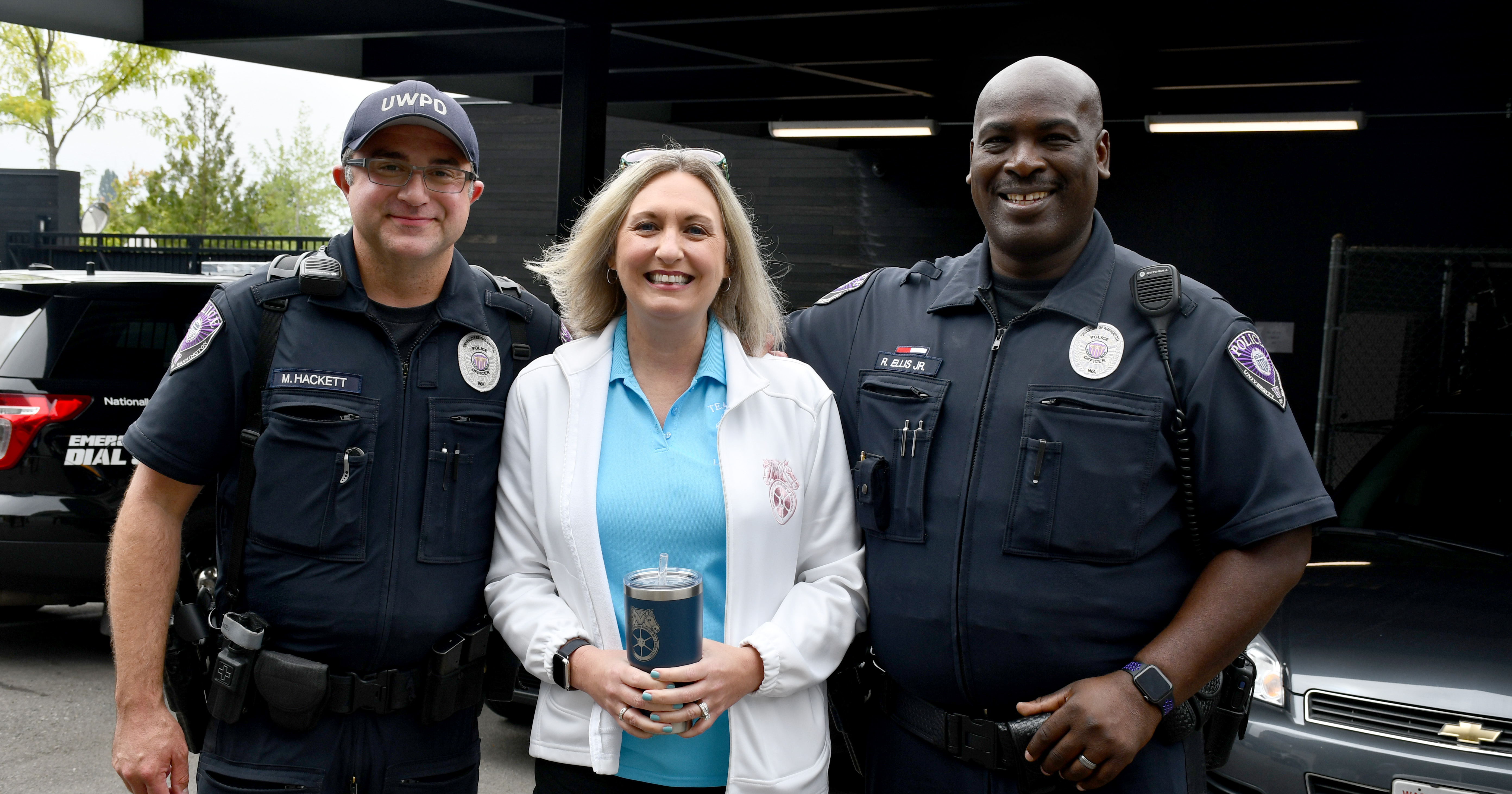 Along with Teamsters 117 President, Michelle Woodrow, Hackett and his co-workers are celebrating the passage of  an interest arbitration bill.

Here Hackett puts it in his own words:

“After facing many difficult challenges the Campus Police Officers at the University of Washington joined Teamsters 117 in 2011. The transition was not easy. We faced a difficult and unknown future as we worked to achieve our first Teamsters collective bargaining agreement. Our UWPD members had a clear conversation about future goals and had high expectations of our Union.  Our Teamster’s Business Reps, Attorneys, and the President of our local, had a very direct response. We needed to change the law. We needed to have the same rights as other police officers in our state. We needed interest arbitration!

Approximately 8 years later, Governor Inslee will put pen to paper and Senate Bill 5022, granting interest arbitration to Campus Police Officers throughout the State of Washington. I want to thank past members, past Teamster Reps, and all who made this bill a reality. Our members, our Union, our work, make a difference!”

Today, Hackett is celebrating this monumental achievement with his co-workers as smoke rises from the grill, and Teamsters enjoy a BBQ outside their station. If you are ever at the UW campus, know that officers there are 100% behind their union.