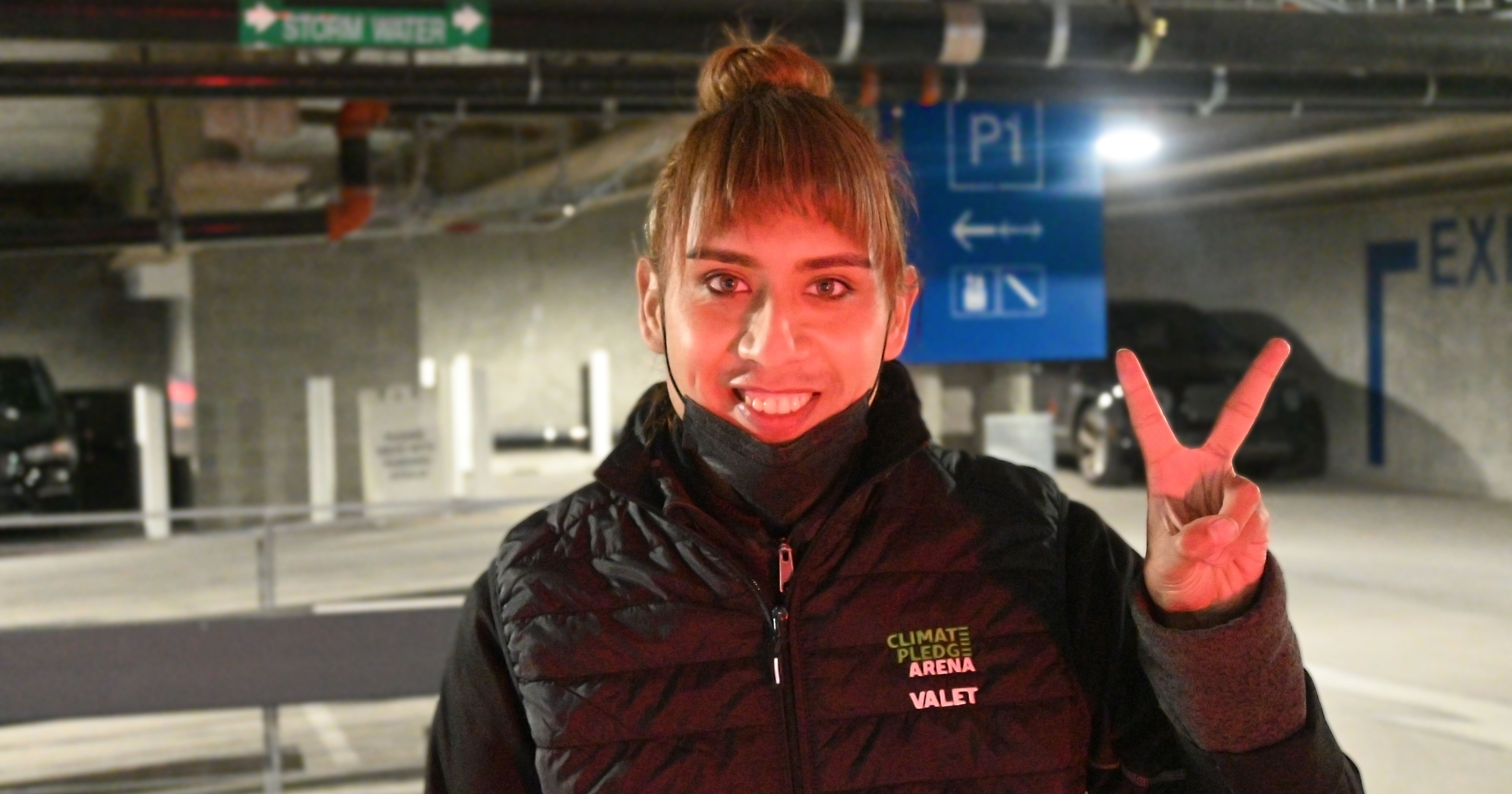 Tita identifies as non-binary and has a hearing disability. They work as a traffic controller in a parking garage servicing Climate Pledge Arena.

Underneath green lights of the Climate Pledge Arena where music is blaring through the streets, underneath the feet of fancy dressed Seattleites rushing through the doors to attend another concert or sporting event, deep in the belly of an underground parking garage, Tita (they/them) stands directing traffic. They wave a glowing red wand in one hand and their other hand gestures with three outstretched fingers splitting the line of cars driving in. Tita is a traffic controller for REEF Parking, who staff the garages and lots in Climate Pledge Arena, and as of February, Tita is also a Teamster.

When the traffic flow dies down, they huddle with their co-workers waiting for an odd late car, and it is during one of these huddles that they found out they were getting paid two dollars less per hour for doing the same work. Flustered and angered, Tita brought up the subject to their boss but was met with evading answers on four separate occasions. With their concern brushed off and the blame pin-ponged from one department to another, Tita‘s voice drowned in an indifferent corporate machine. 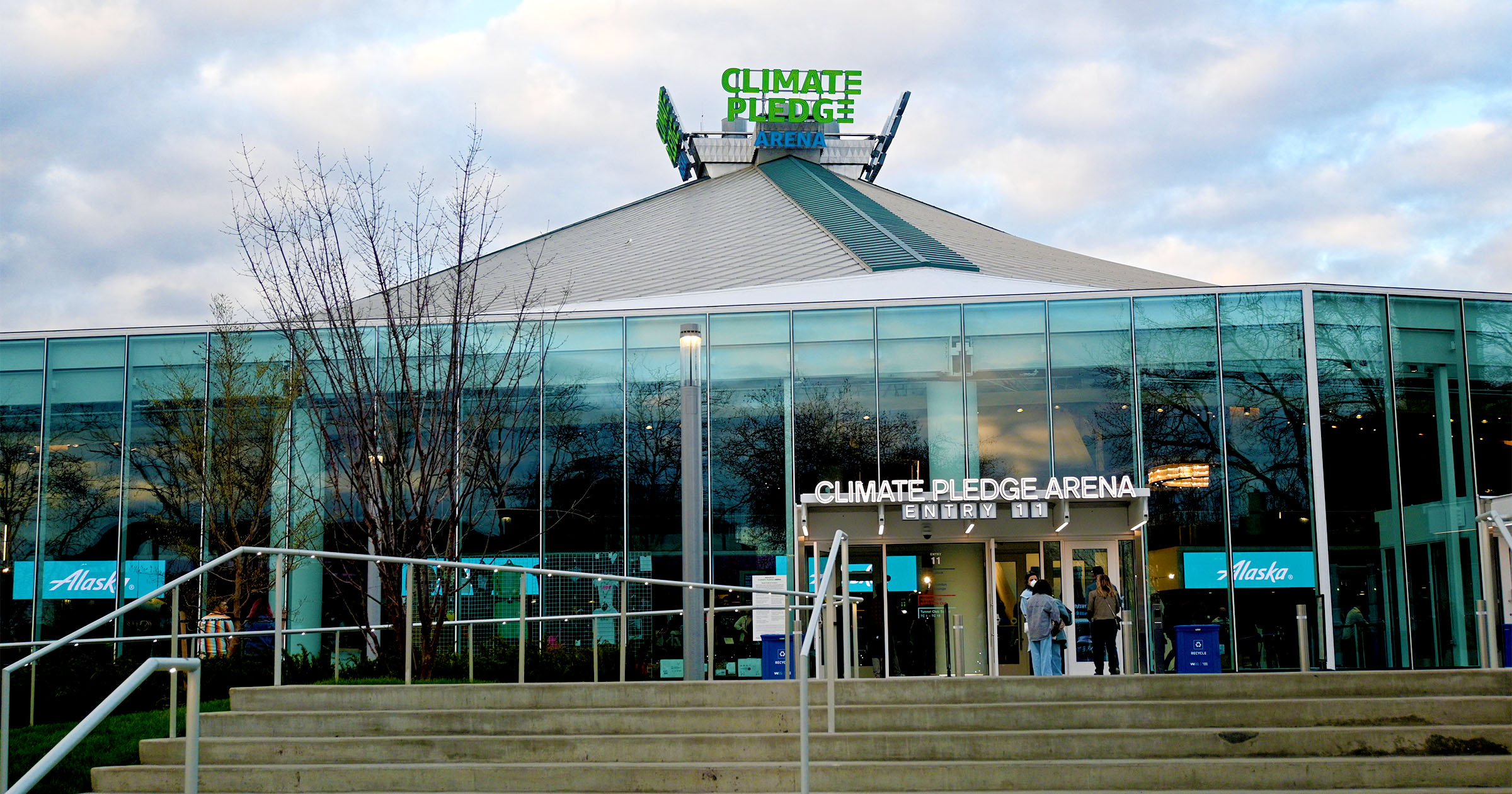 Teamsters represent close to 250 workers  at Climate Pledge Arena among them 28 cashiers, flaggers, valets, and other classifications who service the entertainment complex through REEF Parking..

“I was born deaf, and I am different. As someone who is non-binary, I face a lot of discrimination and harassment at work. Knowing that I was the only one underpaid, made me mad and emotional. I almost quit before Guillermo, the Teamsters organizer, talked to me,” said Tita.

Tita’s full name is Baltazar Garcia. Their parents, immigrants from Mexico, settled in Yakima working in orchards and on farms. When Tita’s mother was 6 months pregnant, she wasn’t able get a break. It was apple picking season, and she stood on a ladder reaching out to the very top branches when things went wrong. She tumbled all the way to the ground and went into early labor. Tita was born permanently disabled and deaf for life.

“I signed to join the union because I needed to talk to someone who would listen to me, someone who would understand me and take my side. I never worked in a union before, but I knew I was in for equality and against discrimination.”

Overcoming the disability, Tita now speaks English, Spanish and American Sign Language, still their concerns about pay disparity were not heard. When REEF Parking workers were organizing earlier this year, Tita voted resoundingly for the union.

“I signed to join the union because I needed to talk to someone who would listen to me, someone who would understand me and take my side,” Tita asserted. “I never worked in a union before, but I knew I was in for equality and against discrimination.” 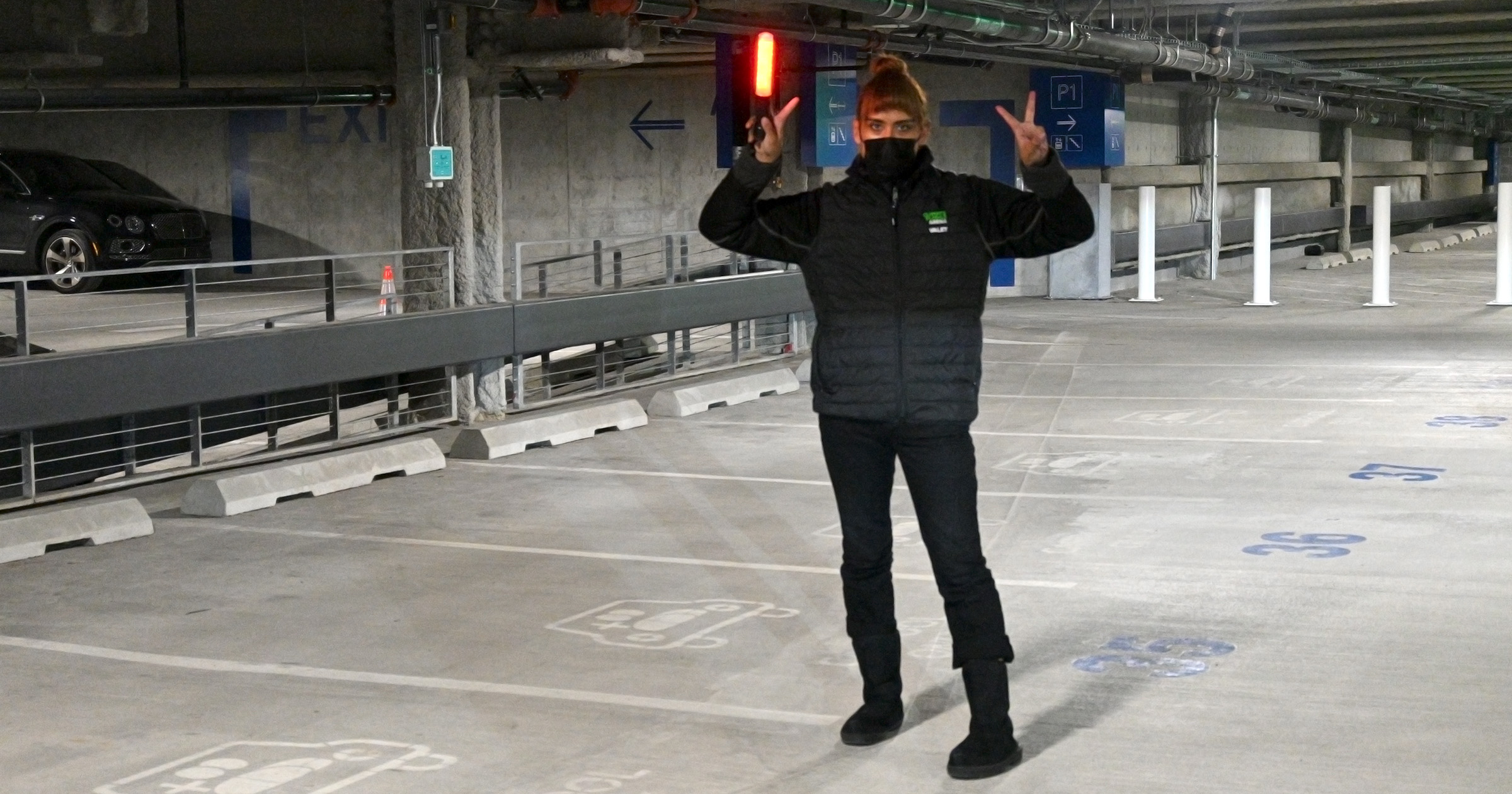 Tita moved to Seattle area in 2014 looking for opportunity and acceptance. Joining Teamsters amplified their voice.

REEF Parking Teamsters have not negotiated their first contract yet, but when Takele, the union representative, heard Tita was singled out by being underpaid, he couldn’t let it stand. He brought it up with the management and soon, not only was Tita’s pay brought to parity, but they were also compensated with backpay going back a full five months. Still, this was not the only change. With pressure from the union, Tita’s concerns about harassment were elevated as well, and the group was provided with adequate trainings addressing issues of harassment and equity.

“They respect me now,” Tita reflects. “Now, I feel secure at my job and that I am on a more equal footing. I moved to Seattle to be part of a wonderful, LGBTQIA supportive community. I love living here and being independent. Having a union helps me with that. I am so grateful!”

As for the backpay, Tita is putting it aside saving for a big special purchase. Their dream is to move out of low-income housing into a small apartment of their own.