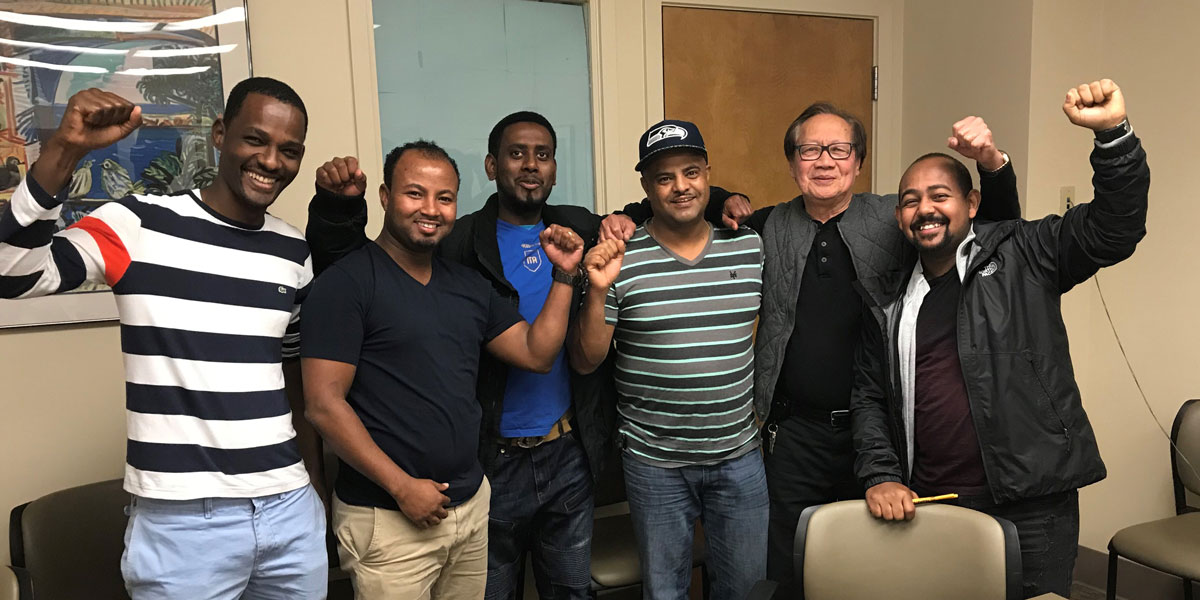 The group, which provides valet and cashier services at the Virginia Mason Medical Center, will see wage increases, improved vacation leave, along with a number of other improvements.

"This was my first time negotiating with the company," said Abiy Derseh, a shop steward and 9-year employee. "I learned a lot about the union - it was a good experience for me. And we got a good deal - we improved a lot from the last contract."

Despite the gains, Derseh expressed some concerns about possible layoffs as a result of increased automation in the garage. "We're not sure if they are going to try to surprise us and say, 'Next week you guys aren't here anymore.' We don't want that because we need to prepare for it. They have to negotiate a time frame for us."

Derseh took his concerns to union rep Takele Gobena, who helped the group negotiate a severance package, seniority rights, and relocation opportunities in the event of layoffs. The ability to mitigate the impact of layoffs is another advantage to being part of a union.

Whatever happens next year, the group is excited about the improvements they've made in their new contract. "Everyone is happy," Deresh said.