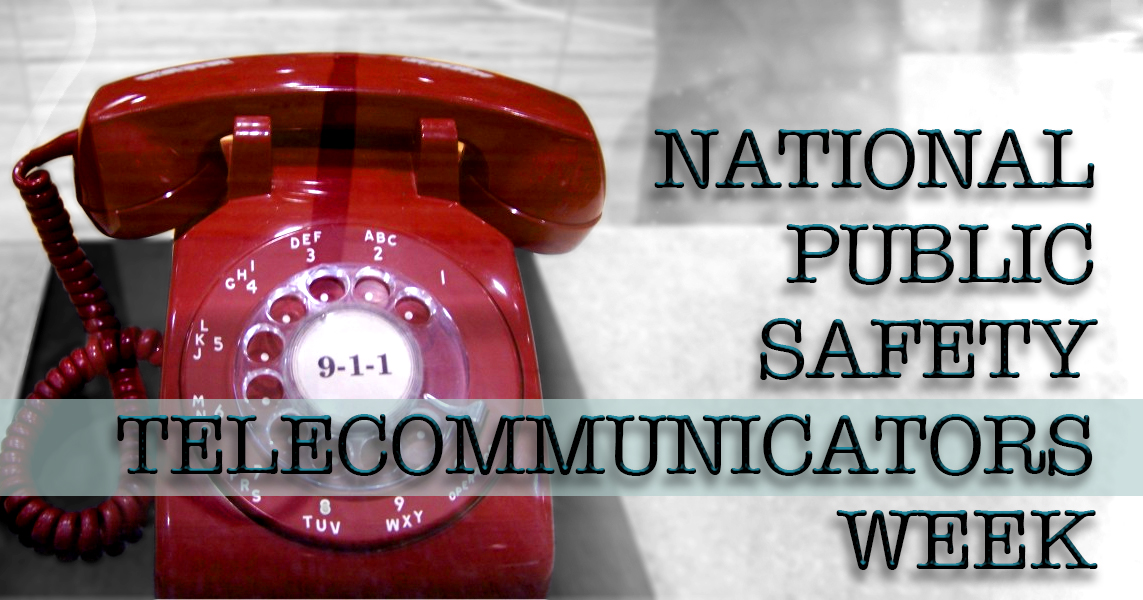 The original phone from which the very first 911 call was made in Haleyville, AL. The numbers 9-1-1 where selected back when rotary dial telephones were still the primary type of phone, so the shorter the number the better.

At 2 p.m. on Friday, Feb. 16, 1968, the first 911 call was placed from the mayor's office in Haleyville (AL) and answered a short distance away at the police station. Up until then, there was no centralized number for people to call in case of an emergency, and it was a lucky plea for help uttered into the phone that was met with an appropriate response.

Today, 240 million calls are made to 911. The people who make an immediate response possible are the heroes operating behind the scenes. They ensure public safety and protect our police officers and firefighters by monitoring their activities by radio and providing them with vital information. Held every year during the second week of April, National Public Safety Telecommunicators Week is a time to recognize telecommunications personnel in the public safety community for their service and commitment to the profession. This week of April 8 – 14, we celebrate 50 years of their dedication and critical work.

So why "9-1-1"? At the time of its creation, the adopted emergency line in Britain was 999. In the US, however, there was a need for a number that was short, unique, and had never been used as an area code or service code before. This was also back when rotary dial telephones were still the primary type of phone, so the shorter the number – the better it was.

The emergency phone system has changed since it was first created, but our reliance on public servants listening on the other side of the line in critical moments hasn't. Thank you for the heroic work that you do!